Dogs, Dusts, and Denizens of Kathmandu 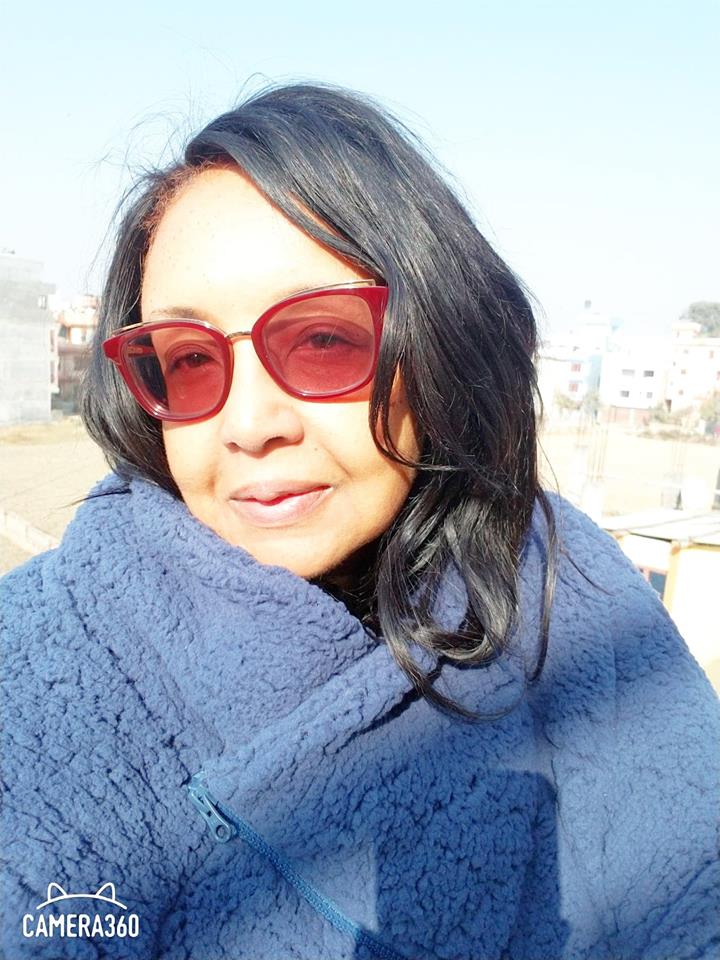 Kay Traille lives in the USA. She is an Associate Professor of History and History Education at Kennesaw State University. She can be reached at kaytraille@hotmail.com

Visiting Nepal for the third time in 10 years, I am stuck by the vast changes and aspects that remain the same.

The first time I flew into Kathmandu’s Tribhuvan airport after a layover in Bahrain in 2010 I arrived, but one of my suitcases decided to stay a little longer in that county and appeared a week later in Biratnagar by bus. What struck me most is that everything was intact. Nothing had gone missing. Having experience of Heathrow or ‘Thief-row’ (as locals lovingly called it when I was growing up in the United Kingdom) I was pleasantly surprised. On my last trip 2018, Qatar airlines warned to keep valuables close by, and my traveling companion told of having a laptop ‘lifted’ from his bag in the overhead bins. In 2010, the plane from Bahrain was filled with young people returning home after working aboard. The free alcohol was too much for some as one tipsy young man and my traveling buddy unfortunately found out, as the passenger stumbling through the aisle decided to vomit over us. Luckily for me his aim mostly hit my friend. Thankfully, years of travel had taught me to pack extra clothes, but the smell lingered. Not so this trip, yes, whiskey was drunk but seemly not in excess, and thankfully no one felt the need to share their last supper.

Changes at the airport

The Kathmandu airport has changed for the better. The redbrick of Tribhuvan welcome remains, and blue clad police systematically direct orderly passengers to the carousels where suitcases clankingly circle waiting to be chosen. On my last visit someone was kind enough to unload our cases, however, we did not discover this kindness until we had waited over an hour wondering ‘why oh why did I buy black suitcases?’ The airport has grown and has more seating, a restaurant with reasonably priced food and shops for those last minute gifts or getting rid of rupees that will not be needed again for a while. Outside in the carpark in 2010 the throng of boys asking for money as almost overwhelming as they milled around asking if we wanted a taxi, not so this time. Taxi drivers offered and although some did not want to use their meters, they took us where we need to go for a reasonable price.  My companion was brilliant at persuading them to use their meters and promising to pay them double what the gauge said. He did. Taxi drivers seemed happy. They let us use their phones, they ‘go the extra mile.’ But nothing can compare to the delight of a bus ride.

I love the buses in Kathmandu which come in a variety of sizes, some local, others government run, but all get you where you want to go. The young conductors who hang precariously out of the side of the buses collecting passengers and fares without battling an eye as they jump on and off the moving vehicles are poetry in motion. I was always afraid they would get left behind, but it is an art. The kindness of other passengers as they give up their seats for this ‘foreigner’ and smile and stare kindly at my strangeness. This has not changed. Perhaps the number of busses has, and the clamor of uncountable motorbikes that weave in and out of traffic have increased.

In 2010, it was not unusual to see three-four people seated on bikes, in 2018 this has changed to generally two people, the driver always with a helmet and the passenger generally without. Women still often ride ‘side saddle.’ On my first visit to Nepal, I enjoyed the ride holding on to the waist of my driver as we drove from Birathnagar to Gauradaha near the town of Damak.  Biratnagar, I learned was the industrial center of Nepal, its second largest “city” and geographically close to India. There’s was much heavy industry on the road leading south to Biratnagar from the Mahendra Highway but the center of town was surprisingly calm and manageable. My trip via motorbike was fun, riding in the dark on often rocky roads was great entertainment for me as I clung for dear life onto my driver. I have never lived  this down and the story of me holding on to ‘Mama’ for dear life and wondering what was happening as he practiced yoga is somewhat of an urban legend in my Nepali circle  of friends.  But back to the proliferation of motorbikes and scooters, I recognize why people have them and the authorities have tried to clamp down on the noise of their sonorous horns. To drive in Kathmandu, you really have to know how to drive as in a fraction of a second a motorbike will zoom past you or squeeze into an impossibly tiny gap, taking the breath of the unsuspecting foreigner away as you wonder if you will get to your destination in one piece or will your driver send someone to an unplanned early final destination. Suddenly, the belief of reincarnation is comforting.

The sprawl of Kathmandu continues unabated. One of the biggest changes since 2010 and even since 2016 is in the physical appearance of the city. The countless homes that have been and are being built is amazing. However, I am reminded of a trip to San Paulo in Brazil. The city was for me the epitome of a concrete jungle. Everywhere people were throwing buildings up, there seemed to be not rhyme or reason. It was just concrete in a variety of shapes and sizes. The wealthy traveled by helicopter to get around the mayhem. On the other hand, the Brazilian city of Brasilia, the capital was greener than San Paulo and the buildings were orderly, perhaps overly orderly. A compromise between the mess of buildings in San Paulo and the prescriptive buildings without character in Brasilia is a hope I have for Kathmandu. Its bustle is part of the charm.

The barking of Kathmandu’s extensive dog population eventually lulls you to sleep. In 2016 perhaps as a result of the devastating earthquake in 2015, the dogs seemed so much louder and profuse. In 2018, they still bark, but there seems to be less of them, or perhaps I am just more used to them.  They trot around in packs on their daily business or sprawl unconcerned in the streets. Now you see German Shepherds and Pugs on leashes, guard dogs family pets going for walks around the neighborhood.

The dust remains the same. The proliferation of plastic bags choking gaps between houses and in gullies and roads has increased. Positive steps such as using cloth instead of plastic bags in stores is I am sure making a difference, but the beautiful landscape is marred and marked by this worldwide disease of disposable plastic which is anything but disposable. Why is there no organized government collection of refuse? This is a question that haunted me in 2010 and still troubles me. I remember moving to a southern state in the US and having to learn ‘not’ to recycle as I had done for years in the UK. Learning to dispose of the trappings of ‘things’ is something Nepali’s will like other societies find answers too. I hope those answers come soon.

Why I keep returning

Nepal is an exhilarating place, full of sounds, sights, and smells that can make your head whirl in amazement.  On my first visit, there were very few traffic lights and many streets are so narrow you wonder how cars can really travel up and down them, today traffic lights and road signage has improved and many obey them. Roads are still narrow and still as expected being built. In the Old Town sector of Kathmandu, the streets are narrow, winding and full of charm and character. There are numerous temples and shops that cater for everyone and, sometimes, it can feel that you have stepped back in time. This still happens and is one reason I keep coming back.

Nepal is rich in terms of culture, traditions, and, genuinely, beautiful and kind people. Most children learn English at school and are all very willing to practice on you, this has not changed. Now they watch seemingly more English channels on television, but still recount adventures of snakes and the goings on in school, much like children everywhere (apart from the snakes).

In 2010, the phrase I heard most often was ‘Please don’t forget us”. In 2018, I did not hear that phrase, Nepali’s are not waiting for the outside world to remember them, and they are doing things for themselves. Day to day living is not a race, it is in essence making life better for the next generation. Yes, it may seem slow for those on the outside, but in Aesop’s fable it was the tortoise that won the race. I wonder what changes I will see on my next visit? I hope the people remain the same in terms of the caring and kindness and their willingness to accommodate my “Tapai Sanchi Hunuhunchh?” and the drive to change the aspects of the country that need changing, but never forgetting who they were and are and their possible futures.