My Grandfather: An excerpt from “A Thatched House” 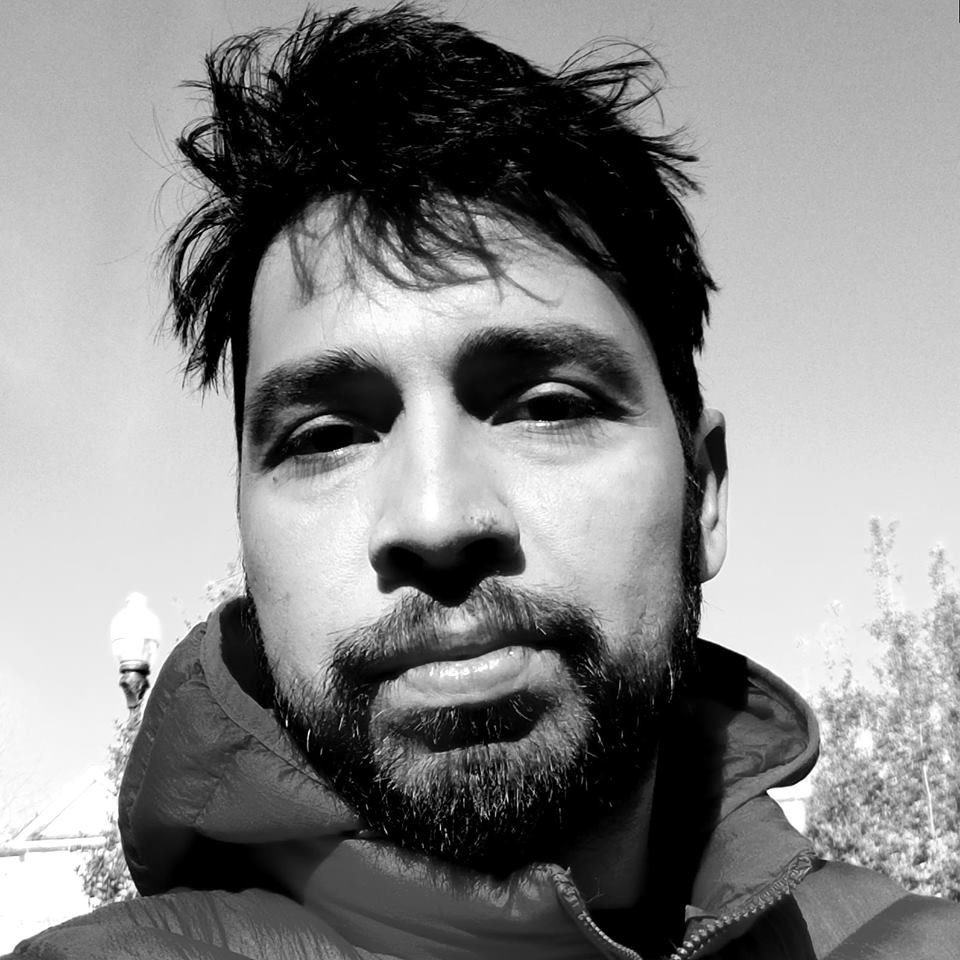 My grandfather was a chain-smoker. He used to pinch a small amount of tobacco from the right side pocket of his jacket that would never be taken off from his body until he went to his bed; and he used to take out a small bundle of white thin paper from his left side pocket and tear a small piece that was just enough for him to roll the tobacco; and he used to stick his tongue out to lick the side of the paper so it could glue the wrapper. One day, he ordered me to bring fire to light the tobacco rolled in the long white paper.

“Grandson, can you please bring fire from the hearth?” he said putting the rolled tobacco in his mouth. I brought a burning twig from the hearth brandishing it in my hand. He lit the handmade cigarette.

“Smoking is bad for your health, grandpa,” I said looking at him smoking and the smoke coming out of his nose and mouth, with his nose flared up in the way an animal does when it regurgitates while wallowing in comfort.

“Then, can I smoke too?” I said trying to take the chance and imagining the strength of my bones.

“No, you should not. It is only me, go put that fire back in the hearth,” he said as if he was warning me.

Then, I believed him. Lately, I came to realize that he was a clever man. He could speak his way out of any difficult situation. He was rich in vocabulary and proverbs. He taught me many words that I do not remember all to this date.  He sometimes sang folk songs, while at other times, he sang love songs. One of his favorite songs I still vividly remember that he used to frequently hum was: Ma mahuri hun Radha, timi anpa manjari hau, meaning I am a bee, Radha, you are a beautiful flower.

He was a millionaire with regard to imagination and emotions and he could laugh while in pain.

“Pain is perception, you know” he used to say. “Don’t cry like a woman.” Although he seemed to be knowledgeable, brought up in a village, my grandfather was more or less conservative and traditional. He preferred sons to daughters. After he fathered all daughters from his first wife, he married a second wife who also gave birth to two daughters before he fathered a final child who was his son and then only he managed to do the family planning. My mother was the oldest one among all the siblings from his first wife. He married the second wife because he wanted to have a son. A family without a son was deemed to be somewhat barren in his time and even to this date in some nooks and crannies of the country. Society put a lot of pressure on the family that did not have a son. The son was and still is deemed the only child who could perform rituals after his parents’ demise. They said that without a son, who is the only person to cremate their parents in their death, they would not be able to go to heaven. All these factors had put a lot of pressure on my grandfather. So when he did not have a son from his first wife, he had married another wife. It was deemed to be a natural practice in those days. Society also considered it  a logical reason to marry another woman. My grandfather was somewhat chauvinistic and a son lover. He loved his one son more than his eight daughters altogether from his two wives. However, I was one of a few grandons he showered maximum love and affection on, but when I asked for money, he said, “My sweet grandson, I had some bills ready to give you. I am just wondering where I put them,” and he patted me, saying, “Next time, okay.” But his next time never came.

One day my grandfather became very ill. I was grown up by then. I had finished my high school and started college. The doctor said he got cancer in his bladder. His son was of my age to look after him. He was my maternal uncle but we were like friends when I met him or went to visit my grandfather’s house. The doctor recommended that he go visit the cancer hospital in Chitawan in Nepal; he underwent surgery and chemotherapy, and was given a lot of medication. He could not urinate. Later, a small hole was made in his belly and a pipe was fitted into it where from the urine continuously leaked and made the whole bed a puddle of pee in which he found himself bathing. It smelled very strong making the house an open toilet, letting the flies zoom in. This is how he lived one more year and he died at the age of 70.  His hair was blanched since I saw him; I used to find sweets in his jacket, but they smelled like tobacco, but I loved them anyway. Looking at my grandfather before he suffered from cancer, my mouth used to water just at the imagination that his jacket would be filled with sweets. When he smoked the tobacco rolled long paper, the smell that came from the smoke felt delicious to me.

“Don’t come near me,” he used to say though. He cracked jokes, teased me, danced in front of me shaking his butt like a stripper, made faces and made me cackle until I became exhausted. He was very talkative, never tired of talking to someone about his past to genealogy to his migration to his two wives to his son to who he was then. He mimicked a few broken English sentences he heard from us and prattled it in front of me sounding tough as he deemed speaking English was a sign of sophistication.

During the moments he used to suffer from the illness, he used to keep his weak hands on my head and advise me, saying, “Be a great man.”

“I could have left behind some work for this world, but I have been illiterate, never went to school. You study hard,” he told me.

He left me when I was 18. He is still alive in my heart. Physically he is nowhere, but he regularly comes to my mind. When I look at my face in the mirror, I can still locate the spot on my cheek where he kissed me before he passed away. The kiss has become a memento of my grandfather.