My Father’s Economics (Part I) 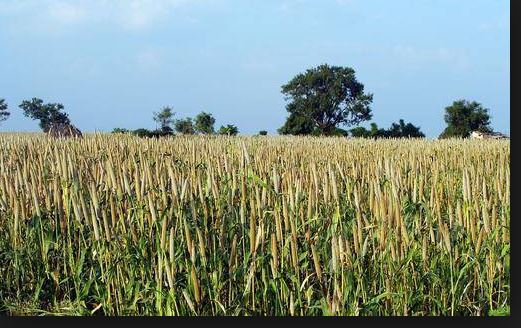 My father gave up after he failed his SLC exam. He did not bother with another attempt. My mother told me that my father wanted to be a veterinarian so he went to a private school for it. He had to sell my mother’s jewelries that she got in her marriage to pay the cost of training, but he could not do the job satisfactorily. One day, my father told me the story about why he could not continue the job.

“A guy came to me with a Boko to emasculate it, and I killed it in the process, and I had to pay for that,” my father said about how he killed a ram-goat, guffawing. “And I quit that job as I thought that would not be my cup of tea.”

He wanted to have a better life, but did not know how. He did not know which job he would perfectly fit in as he did not have enough qualifications to knock on many doors for a job.

Finally, he ended up being a farmer through circumstances even though he had no knowledge of yielding and production.  He did not know about economics. Slowly and gradually, he learned many things on the farm.

When it came to productivity and yielding crops, his strategies and knowledge started coming into fruition. He learned things about productivity, market, and monies by doing things on the farm without knowing or studying what money is, what it means to be rich, or what market exchange is. He knew what to choose and how to choose for productivity, and its relationship with people. He was calculating in terms of whether or not to plant or grow this or that crop, how much that might cost, or whether or not the benefits outweigh the cost. My father was always concerned about the “opportunity cost”—the time he spends on something is worth his time—without knowing what the opportunity cost was.

“Do you think we should plant jute this season?” my father asked my mother for her feedback. “Its seeds are very expensive, and we never grew this before. Do you think we can take the risk?”

“I do not think we should go for that this time,” my father said scratching his head as if he was undecided. “We do not have enough resources for it. Again, we do not have to be very greedy, you know. What we need is enough food for us. Let’s not think about extra for now.” And my mother nodded.

My father knew how to manage the gap between unlimited wants and limited resources and how to make choices in scarcity. He wanted rather to utilize the resources around him. After my mother emptied the manure nearby the barn by bringing it to the fields and spreading it around, my father planted vegetable seeds in the empty space.

“This space is very fertile, you know, because we dumped manure in this place,” my father said, dropping each seed of the mustard leaf plants one after another. “We should not leave any fertile space unused. This is how we can utilize the limited resources for more production.”  That was the best knowledge my father had without knowing what is meant by scarcity and choices that economists would often discuss.

My father was very keen about work share which one, in the economists’ language, might call a “division of labor.”  He never let me do things that I was not very good at it.

“You do not know anything about it; don’t make a mess of it,” he said, pointing towards my youngest sister Binita. “Go, look after your sister, or go do the homework your teacher gave you. I do this which I know very well.” And he ploughed the soil, leaving the furrow behind. My mother either helped him plant the seeds or spread the manure on the land. He knew that specialization results into productivity without knowing what Adam Smith had said such a long time ago. My father was very clever about maintaining and establishing equilibrium in productivity when he failed to yield good production.

“Let’s find who did not grow enough corn,” my father told my mother when he produced more corn than rice. “We can barter and be better off.” He knew how only one good production out of many items could help one be better off if that is rationally traded with another person who would also want to barter. My father never knew what economists might define, in the economic model, the concept of “benefits of trade” that might help one understand how one could be mutually benefitted or could have competitive advantage.

“Your good skills and expertise in the field yield more production,” my father said. “And of course you can exchange things that you have more and others less to be better off.”

In later days, my father grew a lot of mangoes and vegetables and traded them with neighbors for rice and wheat and that is how he made our lives much better. He planted the types of crops that the soil demanded. He never planted rice on dry soil, but finger millet and buck wheat. He tried to utilize the resources that the specific production demanded.

“Don’t pour water onto the sand,” my father said hinting at the idea that it was stupid to do something that one knew would not work. My father did not have any knowledge of micro-economics or macro-economics, nor would he know what the heck those words meant, but he knew what to produce, how to produce, and who gets it. He knew the relationship between labor and capital which economist might fully discuss under the category of micro-economics.   On the other hand, my father kept pushing me to study hard and that was something I could do better. He knew education would help me acquire knowledge and that would be another resource for productivity. He knew knowledge would have a better chance for getting employment or making employment which was something economists might discuss under macro-economics. (To be continued… an excerpt from “A Thatched House”)