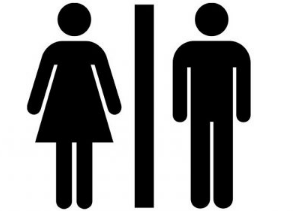 Our Nepali society hardly fails to separate sex from rape or rape at times might be considered as sex. In the context of Nepal, why males in positions of power, or males in general, tend to possess more power over a female or her body, than she does herself; why sex tends to be a subject of force, farce, and forgetfulness, not the subject of humble persuasion; why some likes to build a separate sexual relationship while they have a sexual partner at home.

When sex and gender are not defined and discussed as much as they need to be in many forms and forums, such as media, schools, communities across different nooks and crannies of specially the south Asian countries like Nepal, the society always lags behind. On top of that, if the society is patriarchal, women suffer more by being exposed to vulnerability and volatility—resulting into the cases of rapes and sexual assaults as we have witnessed, for instances. We have continuously been hearing sad news that has been being reported on many occasions and we know them mostly not from our own local media but from international media.

Rajneesh Bhandari and Nida Najar reported about a young woman being bitten by a snake in an abandoned shade where she has to spend days and nights during her period in an article “Shunned During Her Period, Nepali Women Dies on Snakebite” published in the New York Times on July 9, 2017. We have been familiar with news how a young girl whom a guy sprinkles acid on her face for refusing his marriage proposal, and that has happened frequently, especially in South Asian Countries.

According to Acid Survivors Trust International (ASTI), based in London, acid attacks are most common in Pakistan, India, Nepal, and Bangladesh. We have also read frequently about a young girl being gang raped, about a child who is molested by her own father. For example, the New York Times have reported such cases so many times. One of them could be Kai Schultz’s and Sushasini Raj’s report under the title “An 11-Year-Old Girl Is Gang Raped in India and Blamed for it, Too” published on July 11, 2018. Usually, the victimized female bears all the blame for this because she couldn’t be “moral” and “fully-covered” that, they said, tantalized men to act upon their bodies. To avoid such incidents, understanding sex, sexuality, and gender is very important in the context of South Asian countries, especially Nepal for social, psychological, and cultural awareness in the patriarchal society I, as a man, live in and addressing those cases of sex and rapes and other problems. The topic is important to be introduced and discussed in policies, national and international media reporting, and school education.

In the context of Nepal where I was born and raised, sex has been deemed as taboo and gender has still been narrowly defined, only through the lens of either male or female. Thus, Nepali society still finds it hard to accept how there does exist other sexes including transgendered and transvestites beyond the heteronormative idea of male and female. In such societies, it is even more problematic in understanding a person’s sex and sexuality, let alone forming policies to ameliorate their conditions.

Until or unless there is proper education on sex, sexuality, and gender to be introduced and be discussed in many levels– that be academic or policy, sex and gender discrimination continues to take place and rape cases continue to occur.  They hardly discuss such topics in Nepal or mostly in South Asian countries. Media also seem to prioritize the subject of politics to the subject of sex and gender. And at times, we are hearing such news from international media like the New York Times. Not to discuss such topics and to consider them as less important than the topics of politics is to continue legitimizing and institutionalizing sex and sexuality as taboo and gender problems as it is. Thus, we create and continue the culture where the rape becomes permitted and permeable.

Although we have seen Nepali society has advanced compared to the past, when it comes to the discussion of sex and sexuality, the topic is knowingly or unknowingly belittled. Our policies and education are examples that discuss sex only in terms of health and marriage, not in terms of desire and necessity. Most of our policies or education seems to be founded on the ground of patriarchal ethos that validate male over female, male’s sexual prowess over female’s “hysterical” body, resulting into the cases of vulnerability of women and people of sexual orientations. The society validates male’s sexual prowess, and female’s sexual prowess is defined as “hysteria” that have been discussed by many women writers—even in the writings of Parijat and Jhamak Ghimire who are considered as disabled Nepali women writers.

In other developed countries, there are a lot of discussions and discourses on sex and gender in writing, examining how media projects sexual assault and sexual violence and its roles and weaknesses. Also, policies have been made in each and every institutions and organizations where employees need to take the course on sexual violence as soon as they are hired. However, developed countries are also not exceptions when it comes to sexual violence and assaults. At least, they discuss and report the effect of sexual assault on a victim, and also the language that needs to be carefully used for the victim. But we do not have such enough discussions and awareness in the context of Nepal.

We do not discuss the long term effect of such sexual assault and rape on women’s body and we cannot realize what rape does to a woman’s body. Talking about rape, in her article “The Careless Language of Sexual Violence,” Roxane Gay writes, “Psychologically, there are any number of effects including PTSD, anxiety, fear, coping with the social stigma, and coping with shame, and on and on. The actual rape ends but the aftermath can be very far reaching and even more devastating than the rape itself” besides physical effects such as “unwanted pregnancy and sexually transmitted diseases, vaginal and anal tearing, fistula and vaginal scar tissue…”

Sex is an amazing aspect of life, indeed– without it, there would be no life. It either patches up the relationship or smashes it, reunites the broken hearts or splits hearts into shards that either enlivens and invigorates the soul and mind or darkens or infests the individual’s identity, existence, and social position. Sex is such a sensitive and delicate subject that has irreparable consequences if not handled careful, cautiously.

(Author’s bio: The author, originally from Nepal, is an Assistant Professor of English at South Georgia State College, USA. He is also the author of “Sex, Gender, and Disability in Nepal” and “Running from the Dreamland.”)