Casess of deaths from Coronavirus in America is soaring: Shortages of supplies, staff and sick beds 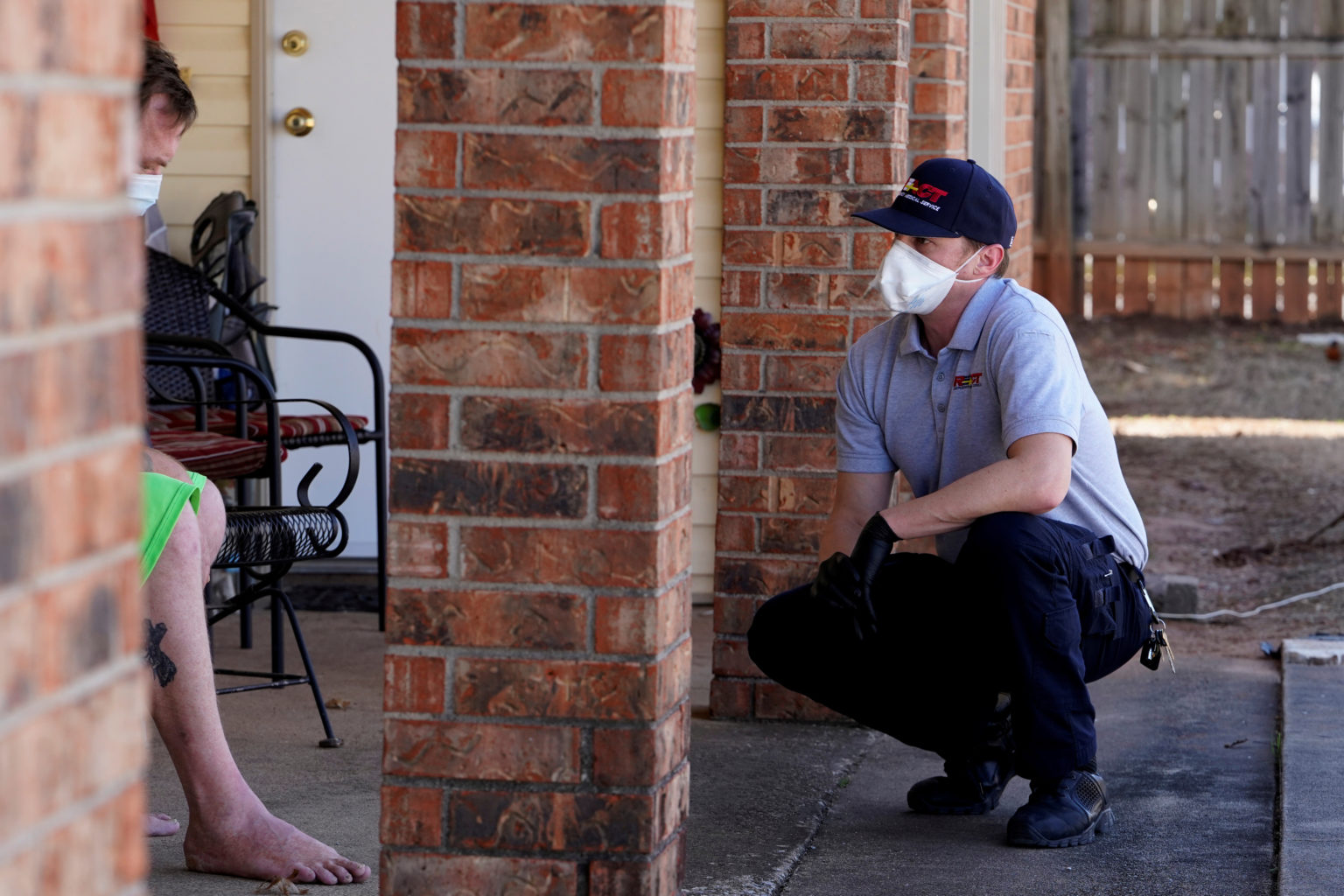 NEW YORK: The number of US coronavirus infections climbed above 82,000 on Thursday, surpassing the national tallies of China and Italy, as New York, New Orleans and other hot spots faced a surge in hospitalizations and looming shortages of supplies, staff and sick beds.

With medical facilities running low on ventilators and protective masks and hampered by limited diagnostic testing capacity, the US death toll from COVID-19, the respiratory disease caused by the virus, rose beyond 1,200.

“Any scenario that is realistic will overwhelm the capacity of the healthcare system,” New York Governor Andrew Cuomo told a news conference. He described the state’s projected shortfall in ventilators – machines that support the respiration of people have cannot breathe on their own – as “astronomical.”

“It’s not like they have them sitting in the warehouse,” Cuomo added. “There is no stockpile available.”

While New York was the coronavirus epicenter in the United States this week, the next big wave of infections appeared headed for Louisiana, where demand for ventilators has already doubled. In New Orleans, the state’s biggest city, Mardi Gras celebrations late last month are believed to have fueled the outbreak.

Louisiana Governor John Bel Edwards said New Orleans would be out of ventilators by April 2 and potentially out of bed space by April 7 “if we don’t flatten the infection curve soon.”

“It’s not conjecture, it’s not some flimsy theory,” Edwards told a press conference. “This is what is going to happen.”

About 80% of Louisiana’s intensive care patients are now on breathing machines, up from the normal rate of 30-40%, said Warner Thomas, chief executive of Ochsner Health System, the state’s hospital group.

In an ominous milestone for the United States as a whole, at least 82,153 people nationwide were infected as of Thursday, according to a Reuters tally based on state and local public health authorities. China, where the global pandemic emerged late last year, had the second highest number of cases, 81,285, followed by Italy with 80,539.

At least 1,206 Americans have died from COVID-19, which has proven especially dangerous to the elderly and people with underlying chronic health conditions, Reuters’ tally showed.

For New York state, Cuomo said a key goal was rapidly to expand the number of available hospital beds from 53,000 to 140,000.

New York hospitals were racing to comply with Cuomo’s directive to increase capacity by at least 50%. At Mount Sinai Hospital’s Upper East Side location, rooms were being constructed within an atrium to open up more space for beds.

At Elmhurst Hospital in New York’s borough of Queens, about a hundred people, many wearing masks with their hoods pulled up, stood in line behind barriers outside the emergency room entrance, waiting to enter a tent to be screened for the coronavirus.

The city coroner’s office has posted refrigerated trucks outside Elmhurst and Bellevue Hospital to temporarily store bodies of the deceased.

A ventilator shortfall and surge in hospitalizations has already raised the prospect of rationing healthcare.

Asked about guidelines being drafted on how to allocate ventilators to patients in case of a shortage, New Jersey Governor Phil Murphy told reporters such bioethical discussions “haunted him” but were unavoidable.

Outside New York and New Orleans, other hot spots appeared to be emerging around the country, including Detroit.

Brandon Allen, 48, was buying groceries in Detroit for his 72-year-old mother, who has tested positive and was self-quarantining at home.

“It’s surreal,” Allen said. “People around me I know are dying. I know of a couple people who have died. I know a couple of people who are fighting for their lives. Everyday you hear of another person who has it.”

Desperate to slow virus transmissions by limiting physical contact among people, state and local governments have issued stay-at-home orders covering about half the US population. A major side effect has been the strangulation of the economy, unleashing a wave of layoffs.

The US Labor Department reported Thursday the number of Americans filing claims for unemployment benefits last week soared to a record of nearly 3.28 million – almost five times the previous weekly record of 695,000 during the 1982 recession.

Anthony Fauci, director of the US National Institute of Allergy and Infectious Diseases, said warmer weather may help tamp down the US outbreak as summer approaches, though the virus could re-emerge in the winter.

“We hope we get a respite as we get into April, May and June,” Fauci said on WNYC public radio.

Washington state Governor Jay Inslee said he may extend by two weeks a stay-at-home order tentatively set to expire on April 6, encouraged by what he called a “very modest improvement” in the outbreak in the Seattle area.

Washington was the site of the first US outbreak of COVID-19 and has been among the hardest-hit states. As of Thursday afternoon the state reported about 3,200 cases and 147 deaths. (Copied from The Himalayan Times)