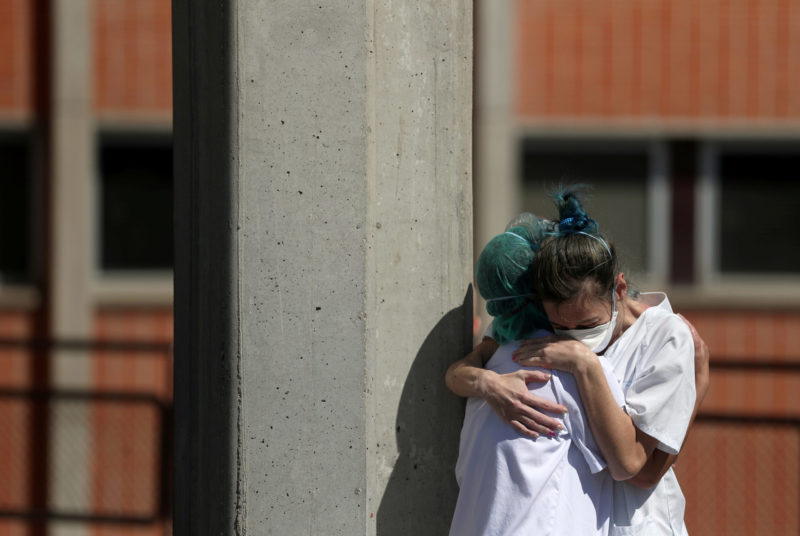 MADRID: Spain extended its coronavirus lockdown on Thursday and said it was fighting a “real war” over medical supplies to contain the world’s second-highest virus death toll, turning to China for many critical products, where officials reported fraud and massive price increases.

A further 655 people died overnight, pushing Spain’s toll from the respiratory disease to 4,089, second only to Italy and further beyond China where the outbreak began.

Elderly nursing home residents have been particularly hard hit. In Madrid, the region worst affected by the virus, authorities pledged to assess each residence and take urgent action as infections and deaths among their vulnerable population mounted.

In Madrid, Spain’s capital and biggest city, located in the country’s worst-affected region, an ice rink has been converted into a morgue and 13-time Champions League winners Real Madrid said their Santiago Bernabeu stadium would be used to store medical supplies.

Coronavirus cases rose by 18% to 56,188, a slower rate than in the past few days. Health emergency chief Fernando Simon said the start of mass testing would reveal more infections, even as Health Minister Salvador Illa cautiously told parliament the data “make us think we are starting a stabilization phase.”

With the world’s fourth-highest number of cases, Spain is feeling the pinch of a global shortage of protective equipment.

“We are in a real war to get hold of ventilators, face masks and quick test kits,” Budget Minister Maria Jesus Montero told Telecinco television. “All the countries are fighting to secure domestic production, fighting to get supplies from China,” she said.

Spain has ordered 432 million euros ($471.4 million) of goods from China, asked NATO for help and pledged to support factories adapting their production lines to make more goods at home.

Separately, the government returned a batch of faulty Chinese-made rapid tests to the Spanish firm that supplied them. China’s Embassy in Madrid wrote on Twitter that the manufacturer did not have a licence to sell. Spain countered that the products had European certification.

A diplomatic source told Reuters that prices had gone up 10-fold in some cases and Chinese firms were demanding payment upfront. A health authority source said there were queues of aircraft in some Chinese airports just to buy such supplies and middlemen often defrauded buyers.

The officials did not name those sellers, saying only they were usually smaller, private firms.

Parliament extended until April 12 emergency measures, including the lockdown that has confined people to their homes except to buy food or medicine and to work.

“It is not easy to extend the state of emergency,” Prime Minister Pedro Sanchez told parliament. “I am convinced the only efficient option against the virus is social isolation.”

Although the main opposition conservative People’s Party supported the measure, its leader, Pablo Casado, chastised Sanchez for what he called a late and inadequate response.

While Spain’s death toll is still well below Italy’s 8,165, it has been rising faster, and has soared 10-fold since Spain declared the state of emergency on March 14. (Copied from The Himalayan Times)