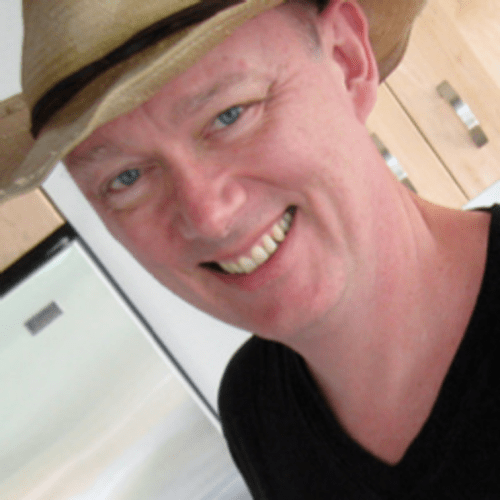 WITH A GROWING NUMBER OF STARTUP PUBLISHERS, mainstream publishing is being “immersed” into digital publishing. Established, traditional publishers are struggling to be quick, relevant, and adaptable in the rapidly changing market. In fact, present publishers have double responsibilities they had before.

They now need to deliver quality content using the latest relevant technologies as well as do further research to survive in the future. Nowadays, it has been impossible for publishers to run their business without innovative software and relevant technologies. To learn how book designers and digital book publishers are doing their business while being relevant with technological changes, I had an interview with Kevin Callahan.

“The books include literary and non-literary categories such as fiction, memoir, cookbooks, nonfiction, goofy joke books, and bedtime stories.”

Owner of BNGO Books, Kevin Callahan is the print and digital publishing consultant. He is also the writer and speaker on eBook development and accessibility. BNGO Books is a print, design, and production company that designs books of all shapes and sizes. The books include literary and non-literary categories such as fiction, memoir, cookbooks, nonfiction, goofy joke books, and bedtime stories.

There are two types of book designs that BNGO prepares. The first is a reflowable e-book, which is good for novels and memoirs. Fixed-layout, the second, is good for illustrated and picture books, and graphic novels. Almost similar to print books, Callahan says, design and content are tightly connected in fixed layout.

Mr. Callahan is also the former editor-in-chief of EPUB Secrets (www.epubscrets.com), a site for creative publishing professionals. He teaches courses on creating fixed-layout e-books, which can be viewed on http://www.lynda.com, a subsidiary of LinkedIn Learning. “I got into the e-book development game when a typesetting client was seeing terrible results from their machine-made e-books,” Callahan recalls. “Content was garbled, and the books were ugly. It was impossible to open a book and tell what you were reading. So, it became my mission to create e-books that were nice-looking individuals, just like their print counterparts.”

Callahan observed that the publishing industry is seeing a sea change in terms of using publishing technology. Successful publishing professionals have been adapting and changing themselves with the latest technologies and software to address the market needs. Now, times have changed and newer programs and software in publishing have been implemented, with more being added all the time.

The major software programsCallahanusesto create EPUBs for his business workflow are Adobe InDesign and Dreamweaver. Within Adobe, he uses Adobe Dreamweaver, a text editor that allows in-depth HTML and CSS editing. Currently, he does use SIGIL, though, which is an EPUB editor. And it’s free!

He focuses on the importance of knowing and learning HTML and CSS for book designers, especially of e-books. “InDesign export is OK, but for any kind of extra work on an EPUB, whether it’s changing a design or moving content around, developers must be comfortable with HTML and CSS,” says Callahan, adding, “InDesign’s export has some flaws that can only be solved by opening the EPUB and making fixes.” Sometimes he also uses Microsoft Word when clients send him manuscripts as a Word file.

In addition to Adobe’s Dreamweaver, heuses the technology software from Adobe Creative Cloud and works on an iMac and MacBook Pro to run this software. It also includes Photoshop, InDesign, Illustrator, and Dreamweaver.

Adobe Creative Cloud offers different software that has become essential to designers like him. Though Creative Cloud was first announced in October of 2011, the version of Adobe’s Creative Suite (CS) was released in 2013 and since then, future versions of this software have begun to be available only through Creative Cloud.

The Creative Suite (CS), used by graphic designers, desktop publishers, artists, photographers, and web developers, has now been changed into the Creative Cloud and can be purchased as a subscription-only suite from Adobe Creative Cloud. The major programs run under this software include many of Callahan’s favorites: InDesign CC (for page design and layout for print and digital publishing), Photoshop CC (for image editing and compositing), Dreamweaver CC (web and mobile design), Adobe Illustrator (for vector graphics and illustration), and Adobe Muse (for website design without coding), among others.

“One of the current issues in publishing is whether or not to bring books into browsers.”

Creative Cloud is supposed to be the “highest customer satisfaction product in the creative space.” A monthly or annual subscription service is delivered over the Internet and multiple languages and online updates are available in the Creative Could subscription

Because of so many different programs and software that is available for design, Callahan now offers each one depending on the demands of the project.

According to Callahan, many people’s favorite program for designing is Adobe InDesign. The reason is because of the variety of features. InDesign exports an EPUB, which is usable on Apple (iBooks), Kobo, Barnes & Noble, and Google Play platforms. The EPUB file can then be converted to the KF8/Mobi platform for Kindles. However, there is no export facility from InDesign to Kindle since Amazon stopped supporting it. So, according to Callahan, the usual workflow while working in InDesign is to export to EPUB, then convert to KF8/Mobi. He currently produces EPUB 3.2 files.

“The problem with clients, however, is that the Apple market is much smaller than the Kindle market. This has created a lot of confusion and indecision for the clients. So, it’s a difficult decision for some clients: make a book with a lot of rich enhancements and sell only through Apple, or leave out the enhancements and have a bigger potential market.”

IDPF is the International Digital Publishing Forum, a trade and standards association for the digital publishing industry, set up to establish a standard for e-books publishing. The IDPF is responsible for the changes and updates for the EPUB standards.

Callahan’s favorite Adobe program is Dreamweaver. He, however, does not use it for web design. He shares that Dreamweaver is great for working with HTML codes. “What Dreamweaver gave me when I was learning, was a better understanding of how HTML code was supposed to look. It gave the ability to create an HTML page in the same way as one would create a document in MS Word.” Callahanhas created a custom CSS that he almost always uses.

“A benefit of using my own CSS is that I mentally separate print from digital.” He thinks that developing reflowable and fixed-layout e-books is a combination of design and technology. “Developers need to know how to build solid, semantic HTML documents, and how to wield CSS to create attractive, useful books,” he says.

Along with the technological changes, Adobe InDesign has become the choice for many designers, like him. He emphasizes that InDesign—the book-making application of choice for many—is the best route to take a print book into EPUB through InDesign’s export to EPUB feature (both reflowable and fixed-layout). Kevin recalls how book designers, including him, migrated from PageMaker to Quark, and to InDesign. He thinks that the first program, PageMaker, is now dead, while the Quark is dying with only a few people using it. “I only know 2 designers who are using it,” Kevin says, adding that those two old programs still had some good features, though not as good as the Adobe InDesign. “Each application had its benefits, but right now, InDesign has the most features that I need,” he compares before taking the side of Adobe InDesign.

Callahan believes that Quark, which is supposed to be the competitor of InDesign, fell behind InDesign because it was not good enough to work with EPUBs.

One basic reason behind using relevant software and technologies is to make andsave money. He, however, sees a lot of advantages from using them. “Cost and time-savings are most possible when using the applications to their full potential,” he shares.

Another benefit of using the technology is the quality of the product. He says that the implemented application has given him a ‘big benefit.’ “Using technology properly and for its intended purpose, helps ensure a predictable, quality benefit,” he says. “And, of course, that means clients are satisfied.” He does not forget to praise Adobe InDesign’s rich features such as style sheets, organizations, and navigations. “This has made the designing of a print and its e-book edition straightforward and predictable,” he says.

He further clarifies that it is also possible to extend the functionality of these applications by using third-party scripts and plugins (for example, using a script to add live index entries for the e-book edition; or using scripting language to make document-wide global changes).

Even though the software heimplements has many positive sides,he sees some challenges in using them. Referring to the technological complexities and lack of uniformities while working with Adobe programs for the e-book production, he says, “Clients are mostly frustrated because of the lack of uniformities in the e-book marketplace.”

There are complexities which are obvious in e-book publishing. For instance, Apple devices are more capable and sophisticated than Kindle in media display. “The Apple devices are more faithful to the EPUB standard,” he says. “The problem with clients, however, is that the Apple market is much smaller than the Kindle market.”

This has created a lot of confusion and indecisiveness for the clients. “So, it’s a difficult decision for some clients: make a book with a lot of rich enhancements and sell only through Apple or leave out the enhancements and have a bigger potential market,” says Callahan.

“I always try to future-proof my e-books, and for that reason, I try to create very clean, concise code for e-books.”

The next challenge, in his personal experience, is the lack of education about e-books. “Clients should be instructed in the differences among the devices,” he adds. “Lots of clients want an e-book without knowing what an e-book is.”

Newer technologies have been advantageous because book designers can create beautiful quality designs to deliver their content. Callahan remarks that the changing nature of technologies has created the worst challenges in book designing. “These days, we can do more as far as design and content are concerned,” he says, “but e-books behavior is still very different from device to device.

“This has created complexities among clients and designing professionals both,” says Kevin, who thinks that the large selection of Kindle apps and devices make it very difficult to design a fully functioning book that has consistent display and operation across the entire Kindle family. Moreover, new technical problems arise when trying to be innovative while still using the existing software. He, for example, says that new problems are created when rendering all letter characters in various languages for creating bilingual e-books.

In short, the popular book design software Adobe Creative Could has helped for an improved workflow and quality products. However, the changing nature of technology has created complexities in workflows among designers and clients. Markets are divided into complex segments, as are the models and methodologies of digital publishing.

Stating that EPUB standard will migrate to a browser-based application, he adds, “This is another indication that books on devices and books in browsers will merge.” Callahan, however, doesn’t think it happening soon reasoning that open-source distribution book market is not very realistic now.

Moreover, he is hopeful that the future digital reading will steal many features of print books, such as paper feel, page turn, and visual cues. From the above explanations, different capacities of reading systems can possibly be developed soon.

This is one reason he focuses on using clean code. “I always try to future-proof my e-books,” Callahan says, and concludes, “For that reason, I try to create very clean, concise code for e-books.” (Copied from the author’s blog)