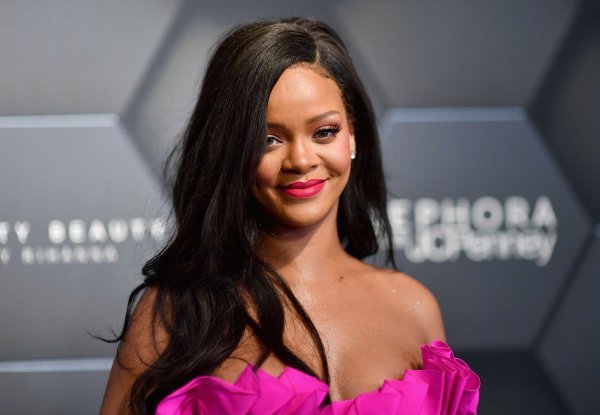 Rihanna’s fans waited three years for new music from the pop star — but all they ended up getting was background vocals.

The Barbadian singer, 32, released new song “Believe It,” with PARTYNEXTDOOR — the stage name of Canadian singer Jahron Anthony Brathwaite, 26 — on Thursday, but her army of devoted followers are disappointed RiRi only sings the track’s five-word chorus and backup. That hasn’t stopped them from listening though: The audio and its lyric video have already jointly racked up nearly 50,000 views on YouTube as of this writing.

“Rihanna really made me wait three years for the background vocals?!” tweets one upset fan, to the tune of 6,500 likes.

“ ’Best make me believe it,’ echoing in my head for the next three years until rihanna gives us another lil feature,” writes another in a tweet that has racked up over 2,200 likes.

“Me listening to Rihanna sing the same 1 sentence in #BelieveIt as if I haven’t been waiting for an album for AGES,” tweets one listener, who was hoping for “R9” — what fans have dubbed the singer’s ninth studio album, which they hope is in the works and coming soon.

“Believe It,” is part of PARTYNEXTDOOR’s new album “PARTYMOBILE,” his first in four years.

Rihanna’s last album was “Anti,” released in 2016, which included the single “Work.”

“Believe it!!” Rihanna tweeted late Thursday night, tagging PARTYNEXTDOOR and including a preview of the track.

In addition to bringing some musical relief to her followers, Rihanna has also been doing her part to help combat the spread of the coronavirus. Earlier this month she donated $5 million to the Clara Lionel Foundation, which the Fenty Beauty, creator founded in honor of her grandparents. The money will go to food banks and supporting medical staffers with needed equipment. (Copied from New York Post).