From Steph Curry to Madonna: Celebrity in the Age of the Coronavirus 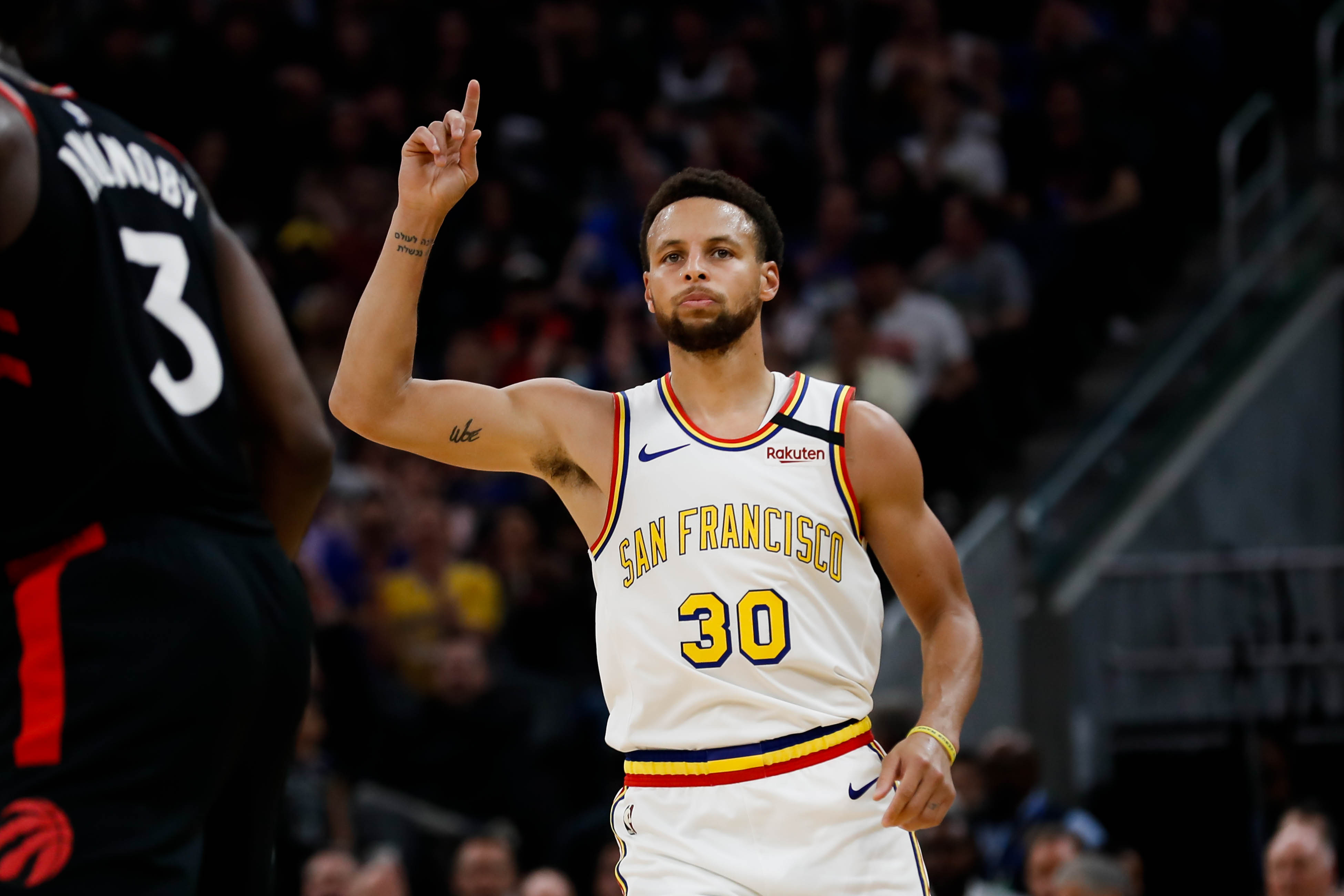 Dr. Anthony Fauci, the seventy-nine-year-old head of the National Institute of Allergy and Infectious Diseases, is also an athlete. He went on daily seven-mile runs well into his fifties; these days, he’s shortened them to three and a half miles. In the fifties, as a student at Regis, the all-boys, Jesuit prep school on Manhattan’s Upper East Side, he captained the basketball team. A mini basketball hoop stands in his office, which was visible to the approximately fifty thousand people who, on Thursday afternoon, tuned in as he and the Golden State Warriors point guard Stephen Curry conducted a Q. & A. on the subject of the coronavirus over Instagram Live.

The thirty-minute conversation now lives on Curry’s Instagram, and, for anyone confused by the new social order, it is one of the most concise and accessible public-education efforts available. Curry conducted the interview from his estate in Atherton, where his three children, who were downstairs eating breakfast, Curry said, were also watching their father on Instagram. At the start, Barack Obama made his presence known in the comment log with the hand-waving emoji. After a few technical difficulties—thousands of requests to enter the video chat had flooded Curry’s account, preventing him from finding the notification from the N.I.A.I.D.—Fauci appeared, looking much more relaxed than he has at recent White House briefings.

Curry and Fauci easily harmonized; without the President in the room, Fauci could play something other than stealth defense, assuming, instead, a professorial posture. Curry, for his part, acted as a surrogate for the overwhelmed citizen. (Many people had sent in questions using the #SCASKSFAUCI hashtag.) Curry is widely believed to have been the first player in the N.B.A. to have been tested for the coronavirus, after experiencing flu-like symptoms at the beginning of March. (He tested negative.) Was it true, he asked, that young people in America were suffering more from the disease than young people in China had? “Mostly the same, but with some interesting, maybe disturbing differences,” Fauci said, explaining that medical professionals were seeing critical cases among the young, strong, and healthy. Did warmer weather slow the spread of the virus? Fauci explained that, although this was the case for seasonal influenza, “We don’t know whether this is going to happen with this virus.” (In the comments, Obama had written, “Listen to the science.”) Their conversation did not consist only of answers to apolitical queries. It also had, as they say, an agenda. Several times, Curry asked Fauci about misinformation—of which the President is, of course, a prolific vector.

Perhaps the only civic duty of a wealthy person in this moment, besides leveraging her platform to communicate accurate information, is to leverage capital. Yesterday, Governor Cuomo thanked Rihanna’s charity foundation for donating personal protective equipment to the city. Some famous people have been less clear-sighted. On Sunday, Madonna, sitting in a milky bath in a mansion in Lisbon, Portugal, warned that the coronavirus would be “the great equalizer.” The singer-songwriter Keri Hilson tweeted that the pandemic may have been caused by 5G radiation. “If I have to choose the vaccine or chip I’m gonna choose death —YALA,” the musician M.I.A. wrote on her social accounts, referring to her 2013 song “Y.A.L.A.,” short for “You Always Live Again.” The non-skeptics are not immune from wild displays of ego, either. The actress and model Gal Gadot led a saccharine choir of fellow-celebrities in singing John Lennon’s “Imagine”; Lionel Richie floated the idea that musicians could re-record “We Are the World.” (Some stars remember they are just entertainers. I’ve got no beef with January Jones, who uploads videos of herself dancing in futuristic face masks, sipping Coors Light through a straw.)

Our culture tends not to heed Sontag’s warning against giving an illness meaning. According to the celebrity-in-chief, the coronavirus is Chinese; according to Joe Biden, we are at war with it. Since the current catastrophe began to transform our public and private lives, we have all found it hard to resist shaping the pandemic into a rousing, dramatic narrative, and, this month, certain events became touchstones in its short but mighty cultural life. Tom Hanks and his wife Rita Wilson appeared in a post, announcing that they had contracted the coronavirus while filming in Australia. Their candor was to the public good; some people, at the time, still believed the coronavirus to be a hoax. The suspension of the N.B.A. season, on March 12th, coincided with the announcement that the Utah Jazz player Rudy Gobert had tested positive for the virus. Members of the press then circulated a video of Gobert touching every microphone at a press conference. Apologizing for his carelessness, Gobert cast himself as a Brothers Grimm-like figure of foolish hubris.

And then there has been the curious genre of the celebrity public-service announcement, in which a person noses up to his iPhone, confessing that he has tested positive. We have seen such videos from Idris Elba, whose wife, Sabrina, comforted him in the background as he implored fans to take social distancing seriously; from the rapper Slim Thug; and from the actor Daniel Dae Kim. (“Yes, I’m Asian and, yes, I have coronavirus, but I did not get it from China,” he said. “I got it in America, in New York City.”) Oprah has launched an impromptu talk show, “Oprah Talks COVID-19,” conducted via video chat, on Apple TV+. The emergence of this new kind of content has had the unintended consequence of illuminating the fact that, although millions of people have been unable to access testing, others have been able to pay to get it. As the truth-teller Cardi B succinctly summarized in a video, her mouth covered with a mask, “If a celebrity is saying, ‘Hey, listen. I don’t have no symptoms . . . but I went and got tested and I’m positive for the coronavirus, that causes confusion.” She went on, “The general public . . . they’re not getting treated like . . . celebrities.”

Writing about the origins of covid-19, my colleague Carolyn Kormann explains that infected people shed the virus before they develop symptoms; “the virus wears an invisibility cloak.” The disease is often called “invisible,” too, for the way it isolates its sufferers. Television crews and journalists generally do not enter hospital rooms; people who die of coronavirus-related complications die alone. As Esther Choo, an emergency-room physician, recently explained to the commentator Brian Stelter, “This whole thing has been hampered by its abstractness.” She went on, “The truth is, the sickest patients are terrifying. They are air-hungry, dropping their oxygen, confused, distressed. We can never show that. But it is terrifying.” Instead, the face of the coronavirus has been the face of the infected celebrity. This week, the Royal Palace confirmed that Prince Charles had tested positive for the coronavirus and was under quarantine in Balmoral. His diagnosis arguably had geopolitical significance; his last contact with the Queen, a Royal doctor explained, had occurred one day before he may have become infectious. This morning, it was announced that Boris Johnson, who had boasted that he had shaken hands with patients at a British hospital, had also tested positive. But the novelty of the celebrity case is wearing off. With every hour, more of us know someone who is sick. As of this writing, three hundred and sixty-six people have died in New York City of the coronavirus. (Copied from The New Yorker)

Written by Doreen St. Félix who is a staff writer at The New Yorker.