Why you need to know what ‘misogynoir’ means right now 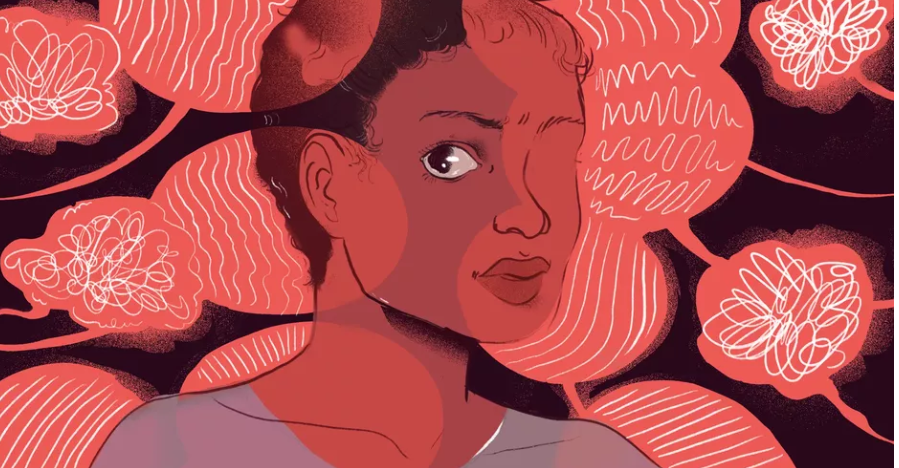 Even if you’re unfamiliar with the term misogynoir, which is anti-black misogyny that specifically targets black women, you’ve likely seen it in action or experienced it firsthand.

When, for example, President Trump recently spoke at two separate press conferences and harshly singled out Yamiche Alcindor, a White House correspondent for PBS NewsHour who is black, critics argued that his treatment of the journalist amounted to misogynoir. Trump called her questions “nasty” and lectured her to, “Be nice. Don’t be threatening. Don’t be threatening.”

“I’m not the first human being, woman, black person or journalist to be told that while doing a job,” Alcindor tweeted in response.

“It’s such a specific denigration of black women, not other women of color, not black men.”

Moya Bailey, an assistant professor of cultures, societies, and global studies and women’s, gender, and sexuality studies at Northeastern University, coined the term misogynoir in 2008 to describe such contempt. The history of misogynoir in the United States stretches back centuries, says Bailey.

In 2008, while writing her dissertation on racism in medicine and reviewing medical school yearbooks and textbooks from the 1910s, Bailey noticed several jokes about black women as patients. They seemed designed to put nervous doctors at ease by invoking stereotypes of black women as sex workers, hypersexual, or unintelligent.

“It’s such a specific denigration of black women, not other women of color, not black men,” says Bailey. “So I started to think about that and landed on misogynoir as a way to talk about anti-blackness and misogyny that black women experience simultaneously.”

Where does misogynoir come from?

Bailey traced the concept back to slavery, when portrayals of black women as overtly sexual and promiscuous were used to justify their rape. The post-slavery emergence of the mammy stereotype, which Bailey says cast black women as “asexual, fat, and undesirable,” was used to make black women seem less threatening to white relationships.

In the 1920s, the angry black woman and Sapphire caricatures functioned as a way to berate black men as lazy and shiftless. Now, the modern stereotype of the strong black woman, who is empowered but never vulnerable, has a more positive connotation, it still robs black women of their full humanity, says Bailey.

Misogynoir surfaces frequently in pop culture and politics. When Bailey first began exploring the idea, she saw it in the way Michelle Obama was sometimes likened to a monkey and how Serena Williams was criticized for her behavior on the tennis court. Bailey recalls how Quvenzhané Wallis, a 9-year-old black actress nominated for an Oscar in 2013, was called the c-word by The Onion in a tweet that was meant to be a joke.

“That’s not the way you’d talk about a white girl child,” says Bailey. “There are all of these ways that black women in public have been demonized and vilified for just existing.”

Why does misogynoir matter?

Misogynoir is not only offensive and hurtful — it’s also often harmful. Bailey says that such attitudes toward black women may be linked to poor health, social, and economic outcomes.

The maternal mortality rate for black women and their infants is much higher than for white women and their babies, even when income and education are taken into account. The disparities suggest that structural racism and sexism costs play a significant role in how black women are treated by medical professionals, and may determine whether they live or die.

Bailey says that representations of black women as hypersexual or sex workers can put them in danger when strangers, or even acquaintances or friends, approach them with innuendo, sexual advances, or aggressive behavior.

How do I know when misogynoir is occurring?

Bailey has a simple test for spotting misogynoir: “If you can’t replace the person being targeted with a woman of another race or someone of another gender, you know misogynoir is in play.”

In the case of journalist Yamiche Alcindor, skeptics have pointed to Trump’s habit of attacking journalists of all backgrounds as evidence that he’s an equal opportunity bully. Even if you’re not convinced by claims of misoygnoir, in this instance or other scenarios, the point is to recognize the role race and gender play instead of avoiding that to minimize or ignore harm done to the person targeted.

“Internalized misogynoir can happen to anyone.”

Bailey also says it’s possible for anyone, regardless of their race or gender, to perpetuate racism and sexism designed to undermine and shame black women. So, yes, Bailey says that videos made by black rappers that feature black women as strippers and sex workers do traffic in misogynoir. (As an undergraduate student, in 2004, she protested an appearance by the rapper Nelly at Spelman College because of his “Tip Drill” video and lyrics, which portrayed black women as hypersexual.)

“Internalized misogynoir can happen to anyone,” says Bailey. “Don’t assume it’s only white people or men creating the damaging images.”

What can I do to stop misogynoir?

Bailey says that media literacy is the key to identifying and stopping misogynoir. That means understanding that media representations — including images, cartoons, television, and videos —aren’t neutral or objective. Visual portrayals of black women, in particular, are rooted in stereotypes about race and sex.

“Part of this is getting people to think more critically about what it is they’re consuming,” she says.

For portrayals that grant black women their full humanity, flaws and all, Bailey says she often looks to queer creators like musician Janelle Monae, performer Juliana Huxtable, and rapper Tierra Whack. She also recommends shows like the FX series Pose and the web series 195 Lewis.

“This idea that black people, black women specifically, are just one frame, one dimensional, is something that has existed for awhile,” she says. “I’m seeing more opportunities for black women to exist in all of the ways that they do.”  (Copied from Mashable)

(Author’s bio: Rebecca Ruiz is a Features Writer at Mashable covering gender, sexuality and equality. Prior to Mashable, Rebecca was a staff writer, reporter and editor at NBC News Digital; special reports project director at The American Prospect; and staff writer at Forbes. Rebecca has a B.A. from Sarah Lawrence College and a Master’s in Journalism from U.C. Berkeley. In her free time, she enjoys playing soccer, watching movie trailers, traveling to places where she can’t get cell service and hiking with her border collie.)