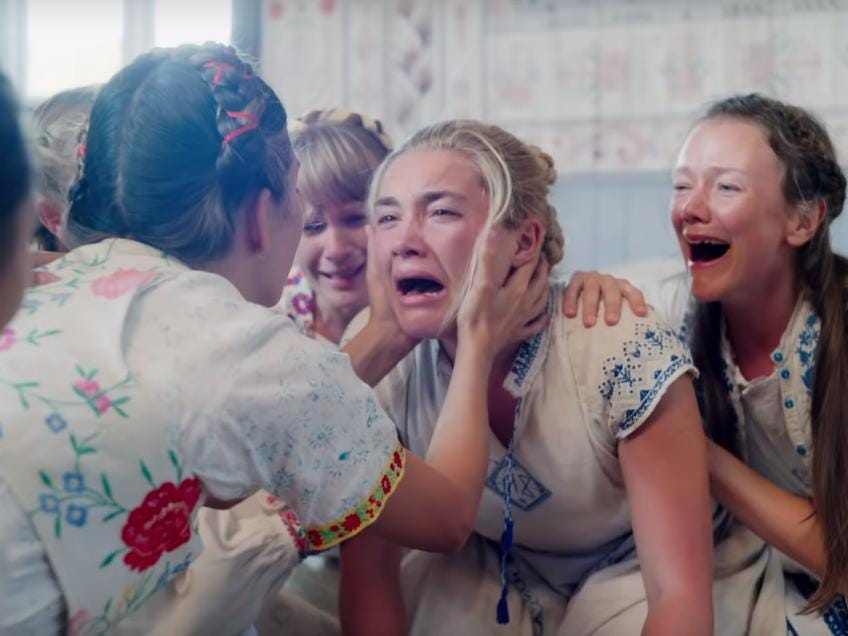 Happy endings are nice and all, but even the most idealistic among us know they don’t always last in real life. Sometimes, the happy ending is just the start of a larger story that ends with someone weeping into a pint of ice cream alone on the couch, flipping channels in search of something to mend a broken heart, or at least distract from the pain for a bit.

Sometimes, in other words, what you need is not a love story but a breakup movie. Below, we’ve compiled 25 of the best breakup movies (in no particular order) to help you process your sadness, exorcise your rage, or encourage you to dust yourself back up and move the hell on. यदि यहाँ देख्नु भएन भने यहाँ क्लिक गरेर पनि हेर्न सक्नुहुनेछ ।

1. Eternal Sunshine of the Spotless Mind

They say it’s better to have loved and lost, but try telling that to someone still smarting from a breakup. This trippy love story follows Joel (Jim Carrey) as he tries to wipe his ex (Kate Winslet) from his mind, only to wonder if some of those memories may be worth keeping after all.

Where to stream: iTunes, Amazon, Starz

A clean break may be ideal, but it isn’t always an option. In Marriage Story, Charlie (Adam Driver) and Nicole (Scarlett Johansson) suffer through an ugly custody battle — and come out the other side with a new sort of relationship, one based not on sex and romance but shared parenthood.

Where to stream: Netflix

High Fidelity is the breakup movie you turn to when you’ve just had your heart crushed, and you’ve got a sneaking suspicion that at least some of it might have been your fault. But if Rob (John Cusack) can learn to grow up a little, maybe you can, too.

This film is nothing if not a promise that it’ll get better. Sure, it sucks to lose your S.O., especially when she’s a famous TV star whose face is plastered all over the place. But who’s to say you can’t rebound with an even cooler girlfriend to love, like Forgetting Sarah Marshall‘s Mila Kunis?

Waiting to Exhale combines the visceral satisfaction of setting a cheating ex’s car on fire with the comforting reassurance of close-knit friendship, and serves as a gentle reminder that better things lie ahead after all the pain and suffering.

Where to stream: iTunes, Amazon, Hulu

Because some breakups call for something a bit more dramatic than the usual sobfest. Some breakups come at the end of a relationship so grandly shitty, you need to travel to rural Sweden for a once-in-a-lifetime festival put on by an obscure death cult in order to really get your point across.

Where to stream: iTunes, Amazon Prime

It’s a sad truth that two people can like each other very much, and still not be meant to love each other. Rashida Jones and Andy Samberg play a pair of high-school sweethearts who remain best friends after seven years of marriage, but feel the need to move on from each other romantically.

Magic Mike XXL is only kind of a breakup movie (Mike gets dumped very early in the film), but it does do a great job of celebrating one of the upsides of a breakup: the freedom to join your bros on an epic road trip of sexual pleasure and self-discovery.

Where to stream: iTunes, Amazon, Vudu

The Souvenir is an exquisite portrait of the doomed relationship between naive Julie (Honor Swinton-Byrne) and the mysterious Anthony (Tom Burke), acknowledging both how difficult it can be to disentangle from a toxic relationship, and the bruises it can leave behind.

Reese Witherspoon’s Elle Woods is a role model for anyone smarting over an unappreciative ex. Just do what she does: Work your butt off to win him back, discover exactly how awesome you are in the process, and realize you never needed him in the first place. What, like it’s hard?

Few of us get goodbyes to love as epically romantic as the one between Rick (Humphrey Bogart) and Ilsa (Ingrid Bergman). But wouldn’t it be nice to imagine we did? They’ll always have Paris, and we’ll always have Casablanca to weep over when we’re at our most tragically brokenhearted.

Gone Girl is about a disappearance, not a breakup — but it does have plenty to say about the hazards of modern marriage. Watch how Nick (Ben Affleck) and Amy (Rosamund Pike) went from meet-cute to fairy-tale courtship to…well, you’ll see…and you may decide you’re better off single.

Let Tom (Joseph Gordon-Levitt) serve as a warning against looking back at past relationships with rose-colored glasses. It’s only when he starts to see Summer (Zooey Deschanel) with clearer eyes that he’s able to understand what went wrong, and move on to the next stage of his life.

Crazy, Stupid, Love puts more than one of its characters through heartbreak, but its star-studded cast reminds you through swoonworthy smooches, grand romantic gestures, and one hilarious brawl that the right one is worth fighting for. (Just try to ignore the outdated gender roles.)

Anyone who’s tried to remedy a broken heart with petty confrontations and ill-advised hookups will recognize themselves in Shirin (Desiree Akhavan, who also wrote and directed) and her halfhearted attempts to get her life back together after she’s dumped by her girlfriend (Rebecca Henderson).

Where to stream: iTunes, Vudu, Tubi

Swingers knows that what every freshly dumped person needs is a friend who’ll take you out on the town, look at you in your sorry state, and remind us that you’re so money and you don’t even know it. If that friend has the charisma of a young Vince Vaughn, all the better.

Where to stream: iTunes, Amazon, Hulu

Here’s a movie for those dark days when you find yourself wondering if love even exists, or if it’s just a cruel joke designed to destroy peoples’ lives. Clive Owen, Julia Roberts, Jude Law, and Natalie Portman play four people who can’t stop cheating on each other, with bitter results.

Where to stream: iTunes, Amazon, HBO

Watching Blue Valentine while in the throes of heartbreak is like pressing down on a bruise — the pain is what makes it so satisfying. The film cuts between the tender start of Dean (Ryan Gosling) and Cindy’s (Michelle Williams) romance and its jagged end, to tearjerking effect.

Breakups are never fun, but it can be a consolation to remember that sometimes, they’re for the best. Just ask Robbie (Adam Sandler) and Julia (Drew Barrymore), both engaged to the wrong people at the start of The Wedding Singer, and both about to find out their true loves are each other.

Er, spoilers: Breakup movie king Ryan Gosling makes his third appearance on this list as Sebastian, whose passionate relationship with Mia (Emma Stone, also in Crazy, Stupid, Love) falls apart over their divergent dreams, but leaves both of them changed for the better in the end.

Most of the movie is about Elio (Timothée Chalamet) and Oliver (Armie Hammer) getting together, not splitting apart, but hanging over their entire romance is the poignant knowledge that it can’t last forever. Put this one on when you’re reflecting back on a brief but passionate affair.

An exaggerated battle of the sexes between two exes (Vince Vaughn and Jennifer Aniston) gives way to a bittersweet dramedy about damage that can’t be undone, even between two people who loved each other once and still might.

It’s not easy striking out alone after an explosive breakup — but Harley Quinn (Margot Robbie) serves as a reminder that all things are possible with a can-do attitude, some rad new friends, and a really, really good egg sandwich.

Oliver (Michael Douglas) and Barbara (Kathleen Turner) duke it out for the house in this acerbically funny divorce comedy, and along the way serve up a cautionary tale about taking that understandable impulse to “win” the breakup way, way, way too far.

25. Scott Pilgrim vs. The World

The thing about relationships is that even once they’re over, they’re still a part of the history you bring to your next romance, for better or for worse. That idea becomes literal for Scott (Michael Cera), who must battle his girlfriend’s seven evil exes while dealing with a couple exes of his own.