9 TV comedies we can’t wait for this summer 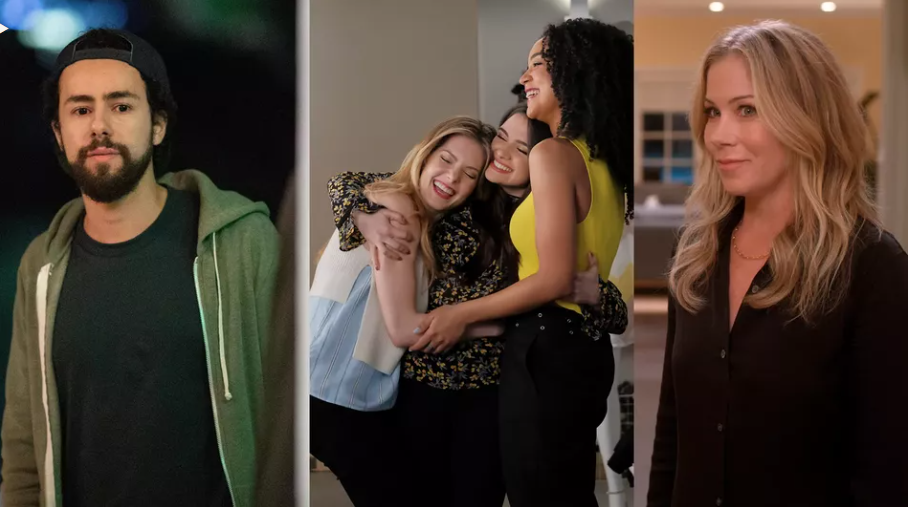 Spring is quickly slipping through our fingers, which means it’s time to look forward to summer — or at least to summer TV. The coronavirus may have completely disrupted theatrical releases, but television continues to stream on schedule for the moment.

Here are the TV comedies we can’t wait for in May and June.

Nikki (Esther Smith) and Jason (Rafe Spall) just want to have a baby, but due to biological complications they learn they can’t. They embark on the arduous journey of adopting to expand their family, but it won’t be a quick or easy path.

Where to watch: Apple TV+

If you’re not feeling a particular affinity for Earth at this time, imagine being an alien on this planet. In Solar Opposites, a family of four aliens seek refuge on our planet after escaping peril on their own, but they find there’s as much to hate as to love. Capitalism takes some getting used to, but pizza is amazing, and their mixed views might tear this family apart before the even get to witness the Pupa as it consumes the entire planet. Rough!

Many TV shows would have you think that covering up a murder is easy, but the ladies of Dead To Me are about to learn otherwise. Jen (Christina Applegate) and Judy (Linda Cardellini) swore to be out of each other’s lives, but that tiny little murder mishap with Steve (James Marsden) has their lives more tangled than ever. Now living under the same roof again and harboring a killer secret, all they want to do is survive long enough to share another slice of pie.

Where to watch: Netflix

This spin on the rise of Catherine the Great is more satire than drama, a break from most royal fare on television. Elle Fanning plays the eponymous leader who somehow achieves her ascent despite being surrounded by near-constant ineptitude — mostly from her husband, Peter (Nicholas Hoult). The series promises “only occasional historical facts” and plenty of laughs.

Anna Kendrick stars in a new romantic comedy series about all the perils and promise on the road to finding true love. Love Life will be an anthology series, with each season introducing a new protagonist, and each episode focusing on a different relationship that led them to where they end up.

Where to watch: HBO Max

The Hassan family returns, no doubt with creator Ramy Youssef’s signature incisive comedy about being a muddled Muslim millennial and the perils of all those identities. Season 1 set a high bar for any show, not just a debut, but we trust that we’re in good hands.

Meet the Tillermans, your average New York family…who happen to own Central Park. But their (and our) beloved park is in danger, targeted for purchase and destruction by a wealthy heiress (Stanley Tucci). Can they protect life in Manhattan as the world knows it?

Where to watch: Apple TV+

Less than three months after its last finale, The Bold Type returns to complete Season 4 with all the rosé, perfect makeup, and ethically questionable Jane Sloan bylines we could ask for. The girls are all facing uncertainty with work or relationships (except in the case of our collective husband Richard Hunter). How will the women of The Bold Type save feminism and media this summer? We don’t know, but can’t wait to find out.

Where to watch: Freeform via Hulu

From the world of Love, Simon comes Love, Victor, a romantic comedy series about Victor (Michael Cimino) and his own struggle with accepting himself as gay and coming out. The original Simon, Nick Robinson, will narrate the series, and maybe even stop by to mentor young Victor. Just do it before he gets that barista job, or we’re all in trouble. (Copied from the Mashable)

Govt. committed to all language and ethnic communities-Communications Minster Karki