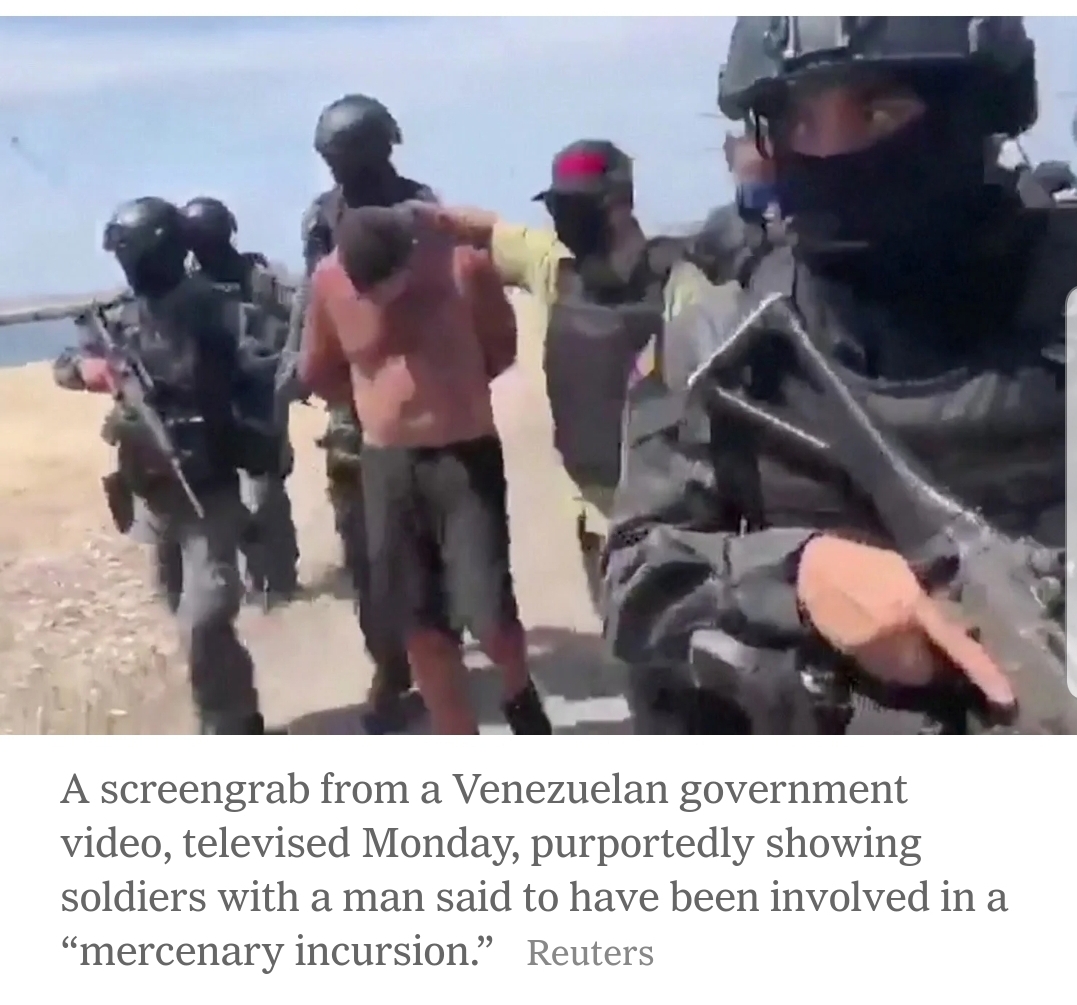 President Nicolás Maduro of Venezuela said on Monday that two United States citizens were among 13 “terrorists” captured by the authorities in connection with what officials have called a failed plot to invade the country and topple his government.

Reuters reported that in a state television address, Mr. Maduro showed what he said were the passports and other identification cards of Airan Berry and Luke Denman, whom he described as employees of Silvercorp, a Florida-based security company whose owner has claimed responsibility for the failed incursion on Sunday.

The Silvercorp owner, Jordan Goudreau, a retired Green Beret, and a retired Venezuelan army captain, Javier Nieto, said in a video posted on social media that “Operation Gedeon” had been successfully launched “deep into the heart of Caracas.” They added that other armed cells had been activated throughout the country.
There was no evidence of fighting in Caracas or elsewhere in Venezuela after the reported incursion, which officials said had been repulsed.

Mr. Maduro and his officials have denounced dozens of what they said were coup and assassination attempts in recent years as the economy has sunk deeper into crisis and millions of Venezuelans have fled the country. Some of the assertions later proved to be true, while others were never independently verified.

Kay Denman, the mother of one of the captured Americans, told The Associated Press that the last time she heard from her son was a few weeks ago when he texted her from an undisclosed location to ask how she was coping with the coronavirus pandemic. She said she never heard her son discuss Venezuela and only learned of his possible capture there after his friends called when they saw the reports on social media.