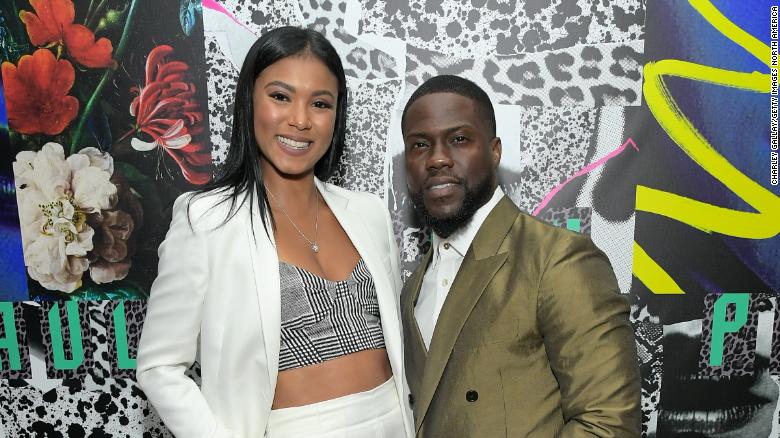 Staying home has been wearing on plenty of people.Such is apparently the case for Kevin Hart and his family as well. Hart appeared on Monday’s episode of “The Ellen DeGeneres Show” where he talked to her from his home office.After discussing the wall behind him which features painting of other famous comics including Richard Pryor, Chris Rock and Dave Chappelle and joking about growing the gray out of his beard, Hart revealed that his pregnant wife is a bit fed up with him.”She’s not getting on my nerves, but she’s saying that I’m getting on her nerves,” Hart said of his wife Eniko who is expecting the couple’s second child. “And you know, whatever. I don’t fight it. But apparently I’m annoying.

The usually super busy comedic actor said his wife is thrilled to have him home during this pregnancy.”Normally, I’m in and out so it’s been a real blessing just to be around and talk, converse, you know, and just kind of be with the fam through these months,” Hart said. “So this is the first time that I’ve ever been here this much through a pregnancy in general in my life. So it’s been refreshing.”They are expecting their first daughter together (daughter Heaven, 15, and son Hendrix, 12, are from Hart’s previous marriage to Torrei Hart, and he has son Kenzo, 2, with Eniko).