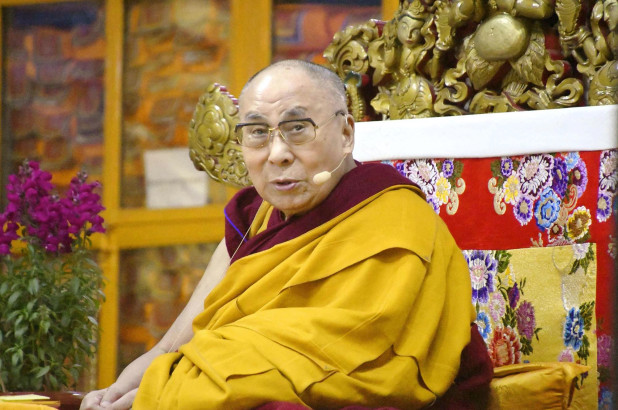 The Dalai Lama has condemned the death of George Floyd while in custody of Minneapolis police — and blamed it on racism and discrimination, according to a report.

“We see in the news channels, the media about discrimination on the basis of color or religion these days, and then there is killing due to that, and then there are some who even take it as a pride to be able to kill somebody,” the exiled Tibetan leader said during a webcast Friday, CNN reported.

“Just yesterday I saw on the television news, somewhere in Minnesota, or somewhere in America, one black person had actually fallen under a car, and the police team … and he actually pushed his knee on the neck of that black person,” he said from his home in India’s Dharamsala.

“So because of this discrimination, racism on the basis of race, such things are done,” the Dalai Lama added in his virtual teaching about compassion to his followers.

The 84-year-old spiritual leader’s talk was part of a two-day empowerment teaching on Avalokiteshvara, a practice focused on compassion.

Floyd, 46, died after he was cuffed and pinned to the ground by white cop Derek Chauvin. Viral cellphone footage shows him pleading for air as Chauvin presses his knee into Floyd’s neck.

The death has sparked violent protests on the streets of Minneapolis, international condemnation and calls by Floyd’s family for the four cops involved in his arrest to be charged with murder.