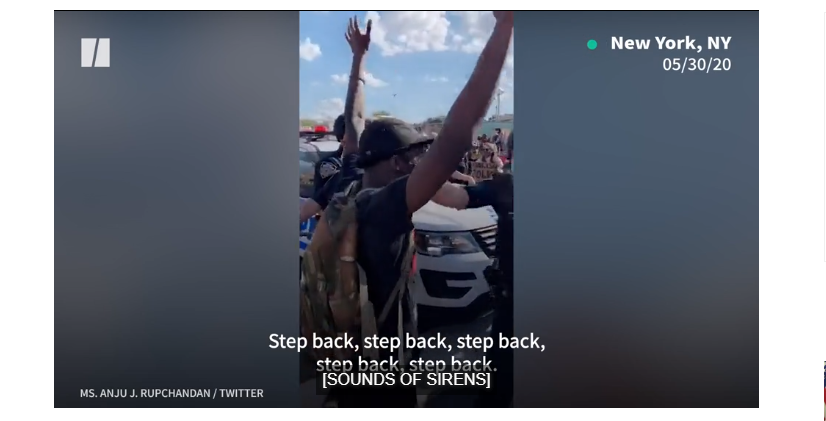 Buffalo, New York, Mayor Byron Brown said Friday that the local police union was on the “wrong side of history” in a controversy surrounding two officers who were suspended without pay after a 75-year-old man was shoved to the ground at a protest, causing him to be seriously injured.

In an interview with CNN, Brown was asked about dozens of members of the Buffalo Police Department’s Emergency Response Team resigning from their posts in the special unit earlier Friday. John Evans, president of the Buffalo Police Benevolent Association union, said it had been “out of disgust” over “the treatment” of the two suspended officers.

“That was pushed by the police union,” Brown told CNN. “The police union indicated if those officers continued to participate in that unit they would lose the support of the Police Benevolent Association in Buffalo.”

Two unnamed officers reportedly told the local ABC news station similarly that they didn’t resign out of solidarity with the officers suspended but because the union wasn’t “legally backing” them. A copy of an email that Evans sent members on Friday morning also suggests the union wouldn’t be paying for the legal defense of ERT officers moving forward.

HuffPost did not immediately receive a response for comment from the Buffalo Police Benevolent Association.

“The Buffalo police union is on the wrong side of history. They are wrong in this situation,” the mayor continued. “They have been a barrier to further police reform in the city of Buffalo, and that barrier that the police union presents needs to be addressed.”

“The Buffalo police union is on the wrong side of history. They are wrong in this situation.” – Mayor Byron Brown on CNN.

Late Thursday, a viral video showed police in Buffalo pushing an older man who approached them. The man is seen falling backward, hitting the ground with a resounding crack before he begins bleeding from his ear. The man was taken to the hospital, where he was listed in serious but stable condition Friday night.

After an initial statement said the man “tripped and fell,” the police commissioner ordered an investigation and the two officers were suspended without pay.

The incident came amid nationwide protests over racism and police brutality, after the police killing of George Floyd in Minneapolis last week. There have been dozens of incidents of police brutality across the country in response to these protests, including the use of tear gas, rubber bullets and batons.