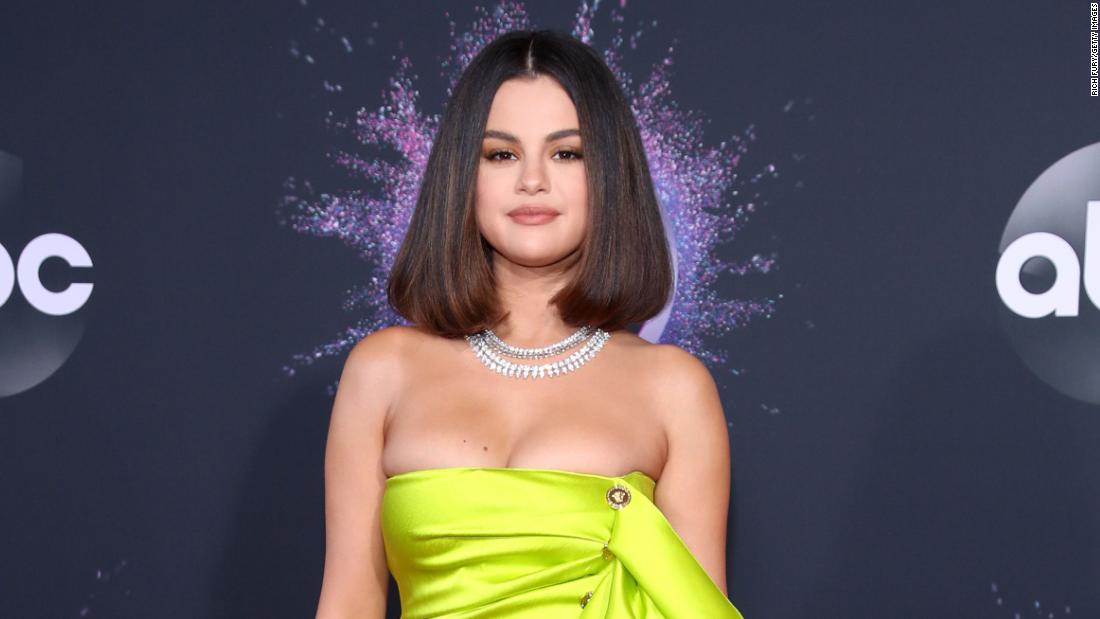 Sony is banking on moviegoers heading back to theaters this summer.The film studio announced Tuesday that they are releasing “The Broken Hearts Gallery” in theaters on July 10.

“Hearing from more female writers and directors is very much needed,” Gomez said in a statement.

“Natalie is a wonderful talent and I am happy to be a part of her debut film. I understand people’s concerns regarding returning to activities we all loved prior to COVID-19. I hope everyone will listen to scientists’ recommendations and consider others’ health and safety while enjoying the movie theater experience.”July marks a big moment for the film industry.

Some of the most anticipated films of the year including Disney’s live-action “Mulan,” Warner Brother’s “Tenet” and Russell Crowe’s “Unhinged” will all hit theaters.

But the big question remains, will people still want to sit in theaters as Covid-19 hotspots continue to pop up across the country?AMC Theatres, the world’s largest theater chain said in a filing with the Securities and Exchange Commission last week that they have “substantial doubt” they can remain in business after closing locations across the globe due to the pandemic.

But in its first quarter earnings report Tuesday they said they plan to open their 1,000 locations across the world in July.

AMC declined to comment for this story.Related: At these movie theaters, the shows have gone on despite the coronavirus pandemicThe Chairman of Sony’s Motion Picture Group, Tom Rothman, told CNN in a recent interview that he remains optimistic.

“A joy that comes when you see it in darkened theater with a bunch of people and you laugh and you cry,” Rothman said. “Actually in the long term, I’m very, very optimistic, but I do not underestimate the short term obstacles, which are significant.”

The announcement of Sony’s “Broken Hearts Gallery” release comes after the news of the sale of their Tom Hanks movie, “Greyhound” to Apple TV+ due to the pandemic.”Instead of pushing [‘Greyhound’] well into next year, there were many streamers who were very avid for it, and Apple was extremely excited about it,” Rothman said.

“Apple was a really, really good home for that particular film. In the case of ‘Greyhound,’ making a deal with Apple made sense, but that is not our overall business.”Some film distributors are pivoting in the midst of the pandemic. Berry Meyerowitz, the president of film distributor Quiver, said he and his team made the decision to switch up their strategy when it came to the release of their Kevin James thriller, “Becky” by securing over 40 drive-in theaters across the country, along with streaming and on-demand.

“We feel like we’re giving consumers and the audience the best of both worlds as they can,” he said. “If they’re close to one of the drive-ins to go see it there, which is just an amazing nostalgic experience, but also if they’re not close to a drive-in or would rather watch it at home, they can sit on their couch, download the film and have that amazing experience from the comfort of their home.”But Rothman is adamant that the future of movie going in the traditional sense will be back.”In the fifties, they said that television would kill movies. And then in the seventies that VHS would kill movies. And then in the eighties that the 300 channel cable television would kill movies. And now they stated that streaming would come and kill movies,” he said. “Let me tell you something, nothing will kill movies.”