Sushant Singh Rajput passes away at 34 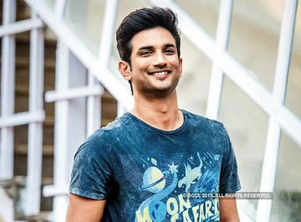 Bollywood lost yet another actor as reports suggest that Sushant Singh Rajput committed suicide at his residence in Mumbai.

While the industry is still reeling with the passing away of Irrfan Khan and Rishi Kapoor, Bollywood has to now deal with yet another loss. Sushant was 34 years old and was much loved for his performances on the small screen as well as in movies.

His last release was ‘Chhichhore‘, which hit the screens in 2019. He romanced Shraddha Kapoor in the film, which emerged as a massive blockbuster at the box office.

The actor was rumoured to be in a relationship with Rhea Chakravorty and the couple was often snapped by the paparazzi around the city. Sushant Singh Rajput earned massive fame with a TV show and made a successful transition to films.

He marked his debut in Bollywood with ‘Kai Po Che!’ in 2012 and went on to deliver massive hits like ‘PK’ and ‘Kedarnath’.

His biggest hit till date remains ‘MS Dhoni: The Untold Story’, wherein he essayed the role of India’s much loved cricketer Dhoni.

Sushant was much loved for his role in the film, wherein he romanced Disha Patani and Kiara Advani.

On the professional front, Sushant was to be seen in Mukesh Chhabra directed ‘Dil Bechara’ with Sanjana Sanghi. The film was an official remake of Hollywood hit ‘The Fault in Our Stars’.