Hong Kong (CNN) — I moved to Hong Kong on the day of a huge protest marking China’s National Day on October 1 and thought it would probably be the wildest experience I’d have all year. Two months later, during Hanukkah, I found out that I had breast cancer. So, while the global coronavirus crisis was the most challenging thing that happened to nearly everyone else on the planet in 2020, it barely made my top five.

I had known my life was going to change, but not this way. My plan consisted of picking up my decade-plus life in New York City and relocating it to the other side of the world.

The first two months were occupied with logistics — finding an apartment, figuring out how to pay utility bills, learning which bus route was the best for getting to the CNN office every day. Too worn out to go sightseeing, I told myself that once I was settled in my new place I could throw myself into getting to know the city in earnest.

I found the apartment. And then shortly after moving in I found something else — a lump in my right breast. It felt like a large, flat, heavy stone had sprouted overnight inside of me.
Within a week’s time there was a flurry of appointments — mammogram, ultrasound, biopsy, results, referral. But I knew what it was before anyone told me. I knew it in my deepest self, like knowing I’m in love.
On the day of a CNN Hong Kong holiday party, I got the news I’d been anticipating — stage 2B, requiring six months of chemotherapy, followed by surgery and radiation. I told my parents, a 13-hour time difference away, over email.

My sister, who had never set foot in Asia before, flew out from the US to be with me for the first two weeks of my treatment in early January. After arriving, jet lagged from a Raleigh – San Francisco – Tokyo – Hong Kong itinerary that took an entire day, she walked into my apartment and went straight to cleaning up vomit.

Before cancer, I was not a person who liked inspirational quotes or go-get-’em-tiger speeches. After cancer, I still wasn’t. But one thing my disease did was force me to let go of some of my insecurities.

There was no longer the option of hiding away when I felt self-conscious. The person I took baths with as a toddler was now watching me throw up 20 times a day, and she wasn’t judging me for it. By the time I got my diagnosis, it felt like easily a third of Hong Kong’s medical personnel had seen me topless. And soon my friends would see me in my most vulnerable states — with mouth sores, hemorrhoids, nausea, and muscle numbness — and still wanted to hang out with me anyway.

As I sent my sister off on her return flight home, I didn’t know that I was racing an invisible clock. We all were.

A few weeks into my treatment, we started hearing news at the office about a new virus wending its way through China. Our bureau chief sent us all to work from our tiny high-rise flats. All the public Lunar New Year events in the city were canceled.

At that point, many Hongkongers — myself included — thought city officials were being overly cautious because of how badly SARS had been handled. People weren’t wearing masks unless they were sick, there were no mandatory temperature checks, and most businesses remained open.
Several friends planned trips to Hong Kong to visit me and help out. But as coronavirus loomed and Asia began locking itself up, every flight was canceled one by one.

My hair started falling out two weeks into chemo, around Lunar New Year. I decided to just bite the bullet and shave it all off. Every salon in my neighborhood was closed — I assumed because of the holiday, as everyone in the city gets a week off — except for one barbershop. The barber looked confused and surprised to see a woman walk in. He didn’t speak any English and I didn’t speak any Cantonese, so we communicated through the Google Translate app on my phone.

“It’s bad luck to cut your hair during New Year,” he typed back.

“I already have bad luck,” I replied. When he shook his head no again, I pulled up the characters for “cancer.” He immediately nodded and got to work.

Ten minutes later, I was bald. The barber didn’t charge me.

“I’m sorry,” he typed. That would be one of the hundreds of times I heard those words over the next six months. Yet what I couldn’t articulate yet was that I didn’t feel sorry. I felt lucky. Lucky to have health care, to have a supportive Hong Kong community — many of whom were the CNN colleagues I’d only just met — and to have a good long term prognosis. Sure, it felt surreal. But in 2020, everything felt surreal.

I’d wondered how I would explain my new look to everyone at the office, but coronavirus made that irrelevant. Our bureau decided to remain closed indefinitely as the virus spread.

Even when I was throwing up and sleeping 10 or 12 hours a day, my travel itch still wanted to be scratched. I’d planned to take advantage of Hong Kong’s central location and excellent airport as a way to explore more places in Asia, and as an editor of CNN’s Travel section I also hoped to report from different locations. In the US, it was normal for me to fly at least once a month. Suddenly, that was no longer an option for me — or anyone.

Another friend who had recently moved from the US to Hong Kong became my partner in local adventures that we organized every time I felt well enough to go out. We took ferries out to small islands nearby, Po Toi and Cheung Chau. Though museums and other businesses were closed, we had all of Hong Kong’s rich outdoor life to choose from. We went on hikes, swam in the ocean, climbed hills, explored temples.

Covid-19 was, ironically, the perfect cover for being ill. My oncologist told me to wear masks, use hand sanitizer and protect myself once my immune system was compromised, and then overnight it was like the whole city had cancer along with me. None of my colleagues knew I was answering emails from my oncologist’s office instead of my desk or that my cheery social media statuses were mostly smoke and mirrors. The expensive wig I’d picked out for office wear only made occasional appearances on Zoom calls. Contact-free grocery delivery became the norm as coronavirus continued. And sometimes, just sometimes, whole days passed when I forgot I was sick.

Though I couldn’t backpack through Laos or chill on the beach in Bali, I got the gift of getting to know my new home better than I’d expected. One weekend, a group of us tackled the famous Dragon’s Back hike on the southwest stretch of Hong Kong Island. At the end, we arrived at a beach, and despite it being March it was already warm enough to get into the water. I’d brought a bathing cap along just for this particular occasion but instead I tugged it off and jumped, bald and blissful, into the sea.

This year, I learned the word joss, or luck. A colleague whom I’d confided in brought over some red joss paper printed with flowers and pineapples — to represent growth and prosperity — as a New Year’s gift. You’re supposed to burn it as an offering to your ancestors, but I didn’t have the heart to do it and hung it up on my apartment wall instead. It felt like I was living in the eye of a hurricane. In a city of seven and a half million people, only four died of the virus. My Hong Kong bubble was packed with joss.

People think that cancer makes you wise. Just look at all the TV martyrs thin and pale and bald and saintly, dispensing life lessons before dying quietly — Dr Mark Greene on ER, who died nobly on a beach trip in his lover’s arms, was my first pop culture experience with cancer.

That was one of the reasons I was reluctant to share my diagnosis with people, especially once coronavirus loomed. Internet commenters argued about whether coronavirus was real, or who “deserved” to get it. Despite the relative safety of Hong Kong, with everyone in masks, I still felt slightly paranoid every time I left my apartment. Better to be ill in secret, I thought, than to have to live vulnerably in public.

In April, when I was four months into chemo, Hong Kong recorded a week straight of zero new coronavirus cases. The restrictions put in place started to lift slowly. Restaurants could fill to capacity again as long as they put dividers between tables, and maximum crowd sizes went from four people to eight.

I left Hong Kong for a break. Instead I got stuck with my parents for weeks
The city woke up, and so did I. My hair grew back slowly, in patches — legs first, eyebrows, armpits. I watched videos of cancer patients in the US ringing bells to celebrate their last chemo session. But all I wanted to do was walk out into the light like it was just a normal Wednesday. Sometimes it feels like all the time I had cancer was a weird dream. The world closed down, I shut myself in my apartment, and everything stood still. It got too hot to wear wigs, so I just started being bald in public. Occasionally people stared, but most of the time everyone treated me like I was a woman who just happened not to have hair.

If you’d asked me a year ago what I expected my big move to Hong Kong to be like, I would have talked about all the cool trips I was going to take in Asia and the crazy adventures I’d get up to in the city. But life, as the expression goes, is what happens when you’re busy making other plans.
Getting sick during coronavirus, and still being able to get top-notch medical care and go about living my life, reminded me that there is joy in the everyday. Being able to grocery shop for myself was a gift. Going out for a walk was something to celebrate instead of a mundane task. Cancer showed me what a strange, lovely miracle it is to go to sleep at night and discover you’ve woken up again in the morning.

Seasons changed. The sun rose and set. My tumor shrank so much I was scheduled for a lumpectomy instead of a mastectomy. Children went back to school. And life, as it tends to do, kept moving. 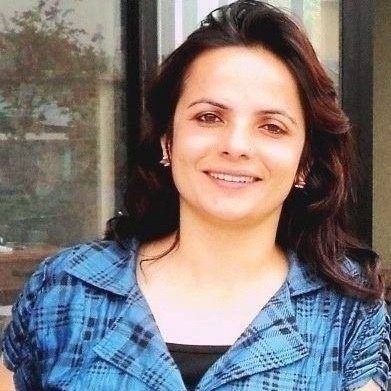 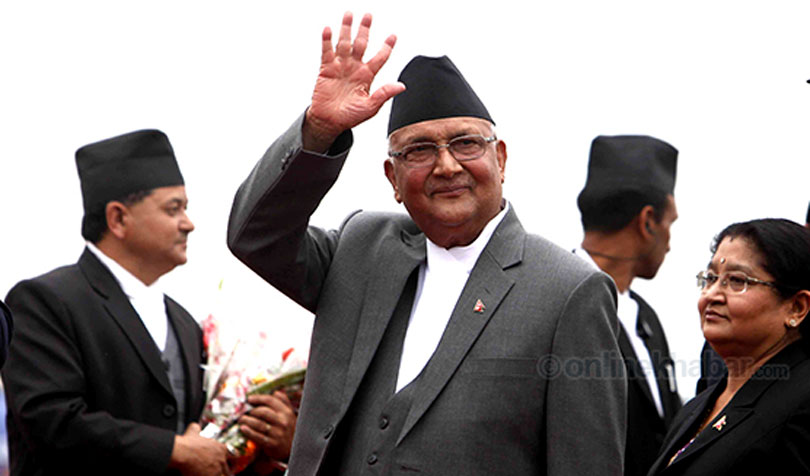 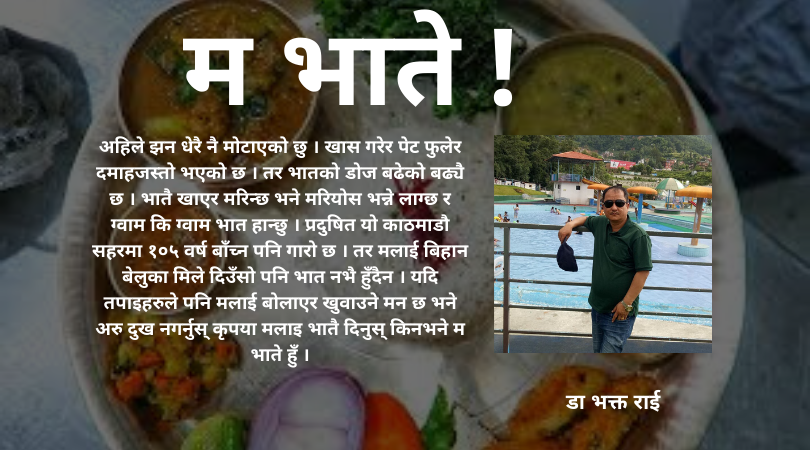