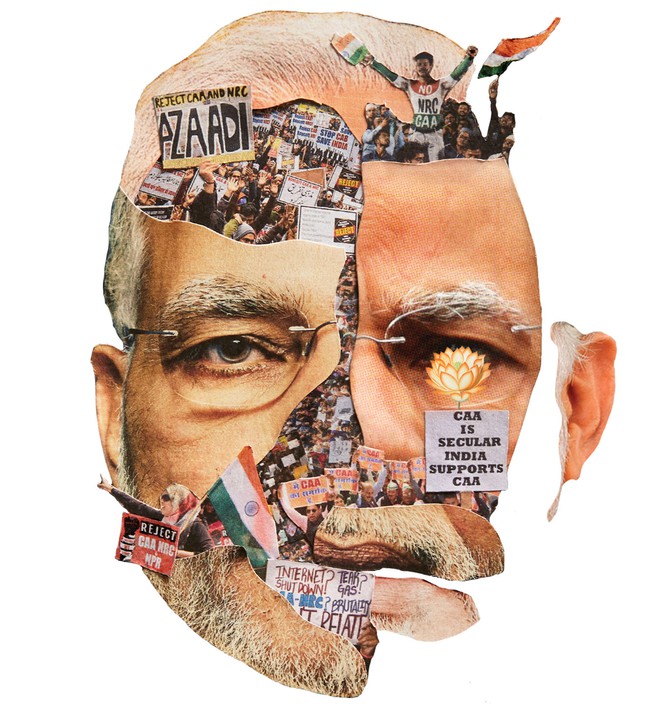 In April, a sprawling hospital in a village in western India was directed to quickly set up an additional 200-bed ward for coronavirus patients.

Infections were surging in Maharashtra state, where the 934-bed Kasturba Hospital is located in Sevagram village, some 50 miles south of the city of Nagpur. The busy not-for-profit hospital was already getting a million patient visits every year.

Most of the Covid beds – including the 30 in critical care – needed piped oxygen supply. Over the next few weeks, the hospital spent $40,000 (£32,000), to connect a bank of cylinders to the new beds using copper pipes.

“It was a huge challenge,” Dr SP Kalantri, medical superintendent of the hospital, told me. “Ideally you’d need to plan and execute well ahead to create additional beds with access to piped oxygen. Oxygen is the key to survival for coronavirus patients.”

Some 15% of Covid-19 patients see rapid lung failure and require help with breathing, according to the World Health Organisation (WHO). Some patients appear in no evident respiratory distress, but are found to have dangerously low oxygen levels – a condition called silent hypoxia. A fraction of critically ill patients require a ventilator.

“Demand for high-flow oxygen has shot through the roof after the pandemic,” Dr Muzzafal Lakdawala, who runs a Mumbai-based rock concert venue-turned-600-bed Covid facility with its own oxygen tank, told me.

The WHO estimates that with a million new Covid-19 infections a week, the world will require some 620,000 cubic meters of oxygen a day, or 88,000 large cylinders. Some 80% of the market is owned by a handful of companies, and demand in many countries is outstripping supplies, it says.

With more than 800,000 reported infections and rising, demand for oxygen has also risen in India. Hospitals and care centres are consuming up to 1,300 tonnes of oxygen every day, compared to 900 tonnes before the pandemic.

India’s Covid care centres need ample supplies of oxygen
It has a bunch of gas companies that extract and purify oxygen from the air at 500 factories spread across the country. Oxygen for medical use typically accounts for some 15% of overall supplies. The rest – industrial oxygen – is mainly supplied to steel and automobile industries for running blast furnaces and welding.

These companies ship oxygen in liquid form to hospitals with tankers, which are then piped directly to beds. Oxygen is also supplied through steel and aluminium cylinders. Portable machines called concentrators can also filter oxygen from the air. All of these are being used to treat Covid-19 patients now.

But when the pandemic struck India – the first case was detected in January, and infections began climbing in April – there was scant data available for medical oxygen supplies.

“We didn’t know how much oxygen was being supplied through cylinders and tanks. We didn’t even know many cylinders we had,” says Saket Tikku, president of the All India Industrial Gases Manufacturers Association.

Sometime in early April, officials sat down with gas companies. They found that the state of Jammu and Kashmir did not have a single liquid oxygen factory, and there were no medical oxygen makers on the island of Andamans, where cylinders were shipped from the mainland. In remote north-eastern states, supplies were scarce.

The government swiftly decided to use industrial oxygen for medical use – there is little difference between the two, but medical oxygen is purer, supplied under stricter regulations and has to be properly dispensed. The gas makers also moved to set up a control room where they could receive calls from hospitals and care centres around the country and make sure supplies reached them in time.

Hospitals in many cities are now swamped with Covid-19 patients
Many small gas suppliers complain they are not being paid by government hospitals that buy oxygen in bulk. In north-eastern Assam state, for example, the government hasn’t paid suppliers for over a year now, says Mr Tikku. A medical oxygen company’s electricity connection was cut off after the cash-starved firm defaulted on bills.

Memories are still fresh of a harrowing night in August 2017 when some 30 children died in a government hospital in northern Uttar Pradesh state after the oxygen supplier cut off shipments after bills went unpaid.

“On the one hand, government asks us to ensure supplies. On the other, they don’t pay suppliers in time, even during a pandemic,” says Mr Tikku.

India now claims to have some 130,000 “oxygen supported” beds in more than 3,000 dedicated Covid-19 hospitals and care units. The government also plans to supply some 50,000 ventilators to government hospitals for Covid treatment.

It’s not clear how many of these places have on site liquid oxygen tanks or cylinder banks providing piped oxygen to patients. Many government hospitals in India’s cities don’t have enough piped supplies and depend on bulky cylinders.

Doctor say oxygen is the key to survival of Covid-19 patients
India’s installed medical oxygen capacity is nearly five times the current demand, so there are no concerns about shortage in supplies yet. Curiously this has been partly made possible by a decline in demand for oxygen from private hospitals. Reason: other patients are staying away from hospitals in fear of contracting Covid-19, and delaying treatment and surgeries. “Our medical oxygen supplies are down by 20% overall because private hospitals have seen a decline in patient admissions,” says Anirban Sen, head of sales at Linde India, a leading gas company.

Clearly, making sure India has enough beds with access to high-flow oxygen will be the biggest challenge in the weeks and months ahead when the pandemic inevitably spreads to the heartland. “Pushing oxygen into smaller cities and villages will be a challenge. Facilities are bad. There are not enough cylinders or piped oxygen and no liquid oxygen makers,” says Mr Sen. “It is going to be tricky. We need to prepare now.”