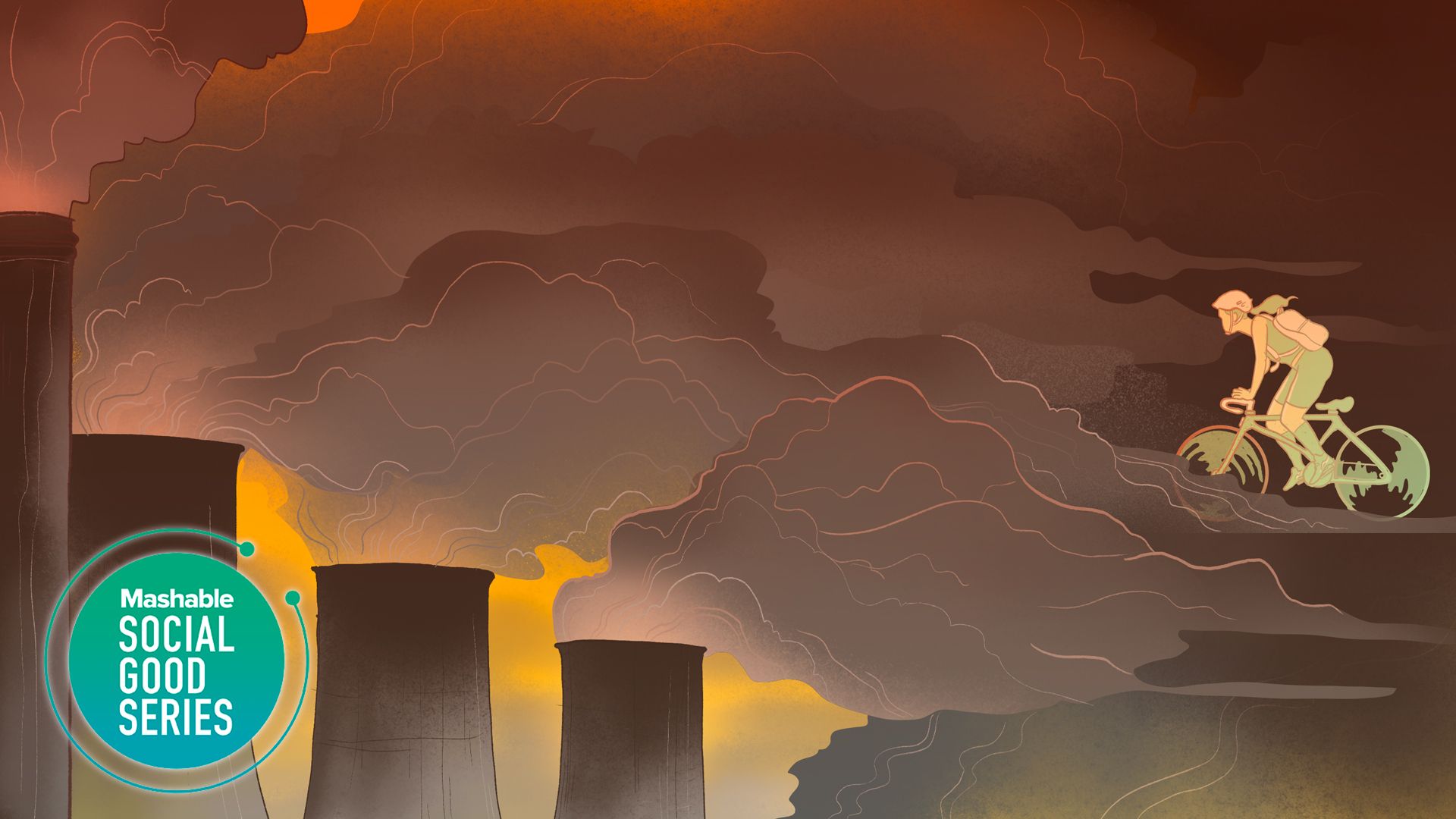 Moving forward requires focus. Mashable’s Social Good Series is dedicated to exploring pathways to a greater good by spotlighting issues that are essential to making the world a better place.

In a dark TV ad aired in 1971, a jerk tosses a bag of trash from a moving car. The garbage spills onto the moccasins of a buckskin-clad Native American, played by Italian American actor Espera Oscar de Corti. He sheds a tear on camera, because his world has been defiled, uglied, and corrupted by trash. The poignant ad, which won awards for excellence in advertising, promotes the catchline “People Start Pollution. People can stop it.” What’s lesser known is the nonprofit group Keep America Beautiful, funded by the very beverage and packaging juggernauts pumping out billions of plastic bottles each year (the likes of The Coca-Cola Company, PepsiCo, and Anheuser-Busch Companies), created the PSA.

The real message, underlying the staged tear and feather headdress, is that pollution is your problem, not the fault of the industry mass-producing cheap bottles.

Another heralded environmental advertising campaign, launched three decades later in 2000, also won a laudatory advertising award, a “Gold Effie.” The campaign impressed upon the American public that a different type of pollution, heat-trapping carbon pollution, is also your problem, not the problem of companies drilling deep into the Earth for, and then selling, carbonaceous fuels refined from ancient, decomposed creatures. British Petroleum, the second largest non-state owned oil company in the world, with 18,700 gas and service stations worldwide, hired the public relations professionals Ogilvy & Mather to promote the slant that climate change is not the fault of an oil giant, but that of individuals.

It’s here that British Petroleum, or BP, first promoted and soon successfully popularized the term “carbon footprint” in the early aughts. The company unveiled its “carbon footprint calculator” in 2004 so one could assess how their normal daily life — going to work, buying food, and (gasp) traveling — is largely responsible for heating the globe. A decade and a half later, “carbon footprint” is everywhere. The U.S. Environmental Protection Agency has a carbon calculator. The New York Times has a guide on “How to Reduce Your Carbon Footprint.” Mashable published a story in 2019 entitled “How to shrink your carbon footprint when you travel.” Outdoorsy brands love the term.

“This is one of the most successful, deceptive PR campaigns maybe ever,” said Benjamin Franta, who researches law and history of science as a J.D.-Ph.D. student at Stanford Law School.

Of course, no one should be shamed for declaring an intention to “reduce their carbon footprint.” That’s because BP’s advertising campaign proved brilliant. The oil giant infused the term into our normal, everyday lexicon. (And the sentiment is not totally wrong — some personal efforts to strive for a cleaner world do matter.) But there’s now powerful, plain evidence that the term “carbon footprint” was always a sham, and should be considered in a new light — not the way a giant oil conglomerate, who just a decade ago leaked hundreds of millions of gallons of oil into the Gulf of Mexico, wants to frame your climate impact.