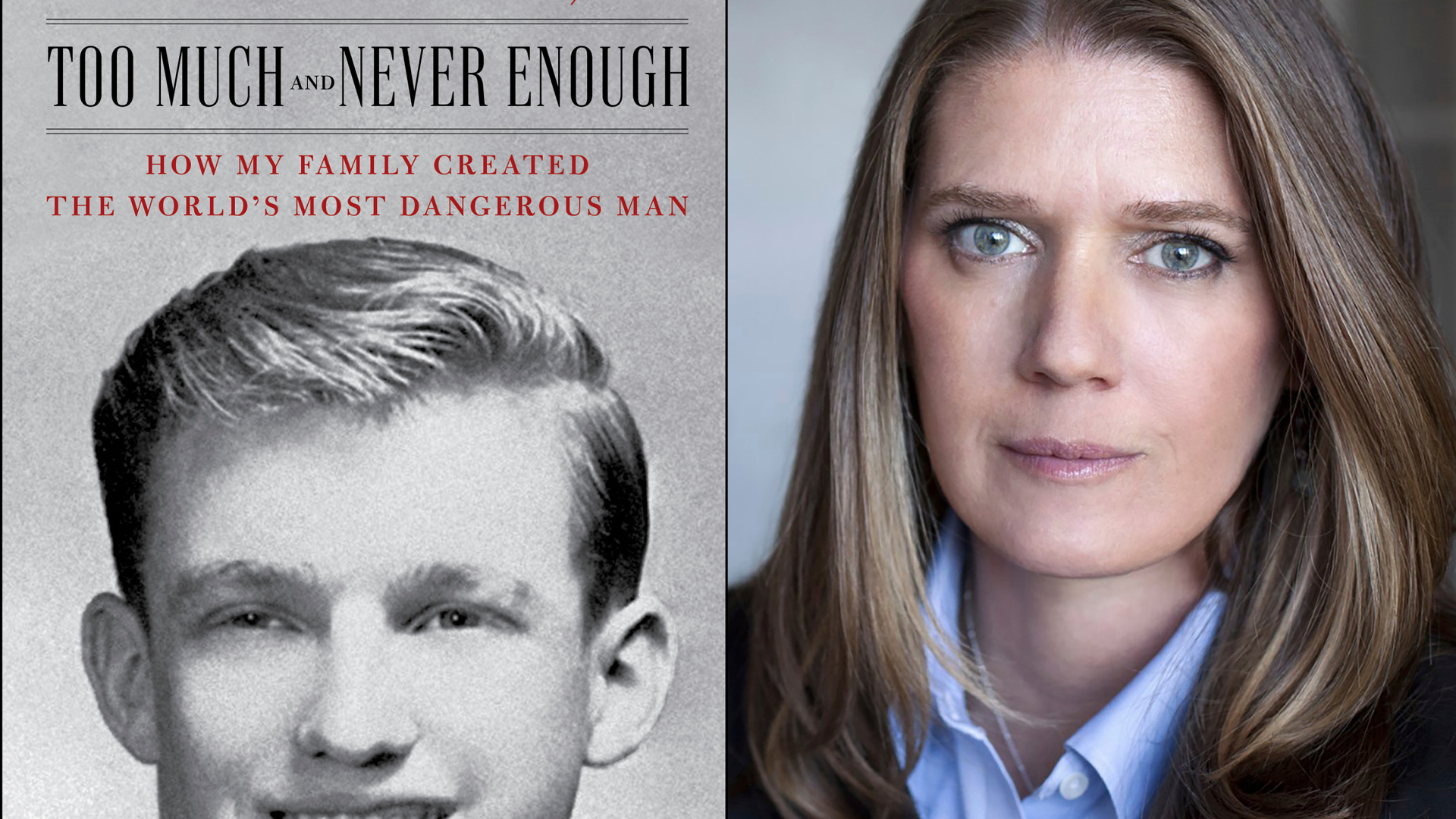 This combination photo shows the cover art for "Too Much and Never Enough: How My Family Created the World’s Most Dangerous Man", left, and a portrait of author Mary L. Trump, Ph.D. The book, written by the niece of President Donald J. Trump, was originally set for release on July 28, but will now arrive on July 14. (Simon & Schuster, left, and Peter Serling/Simon & Schuster via AP)

That figure, which included pre-sales, as well as e-books and audiobooks, is a new record for Simon & Schuster, the company said.

The book, “Too Much and Never Enough: How My Family Created the World’s Most Dangerous Man,” went on sale Tuesday and portrays President Trump in an unflattering light.
Just two weeks ago, Simon & Schuster celebrated the success of another Trump tell-all book, that one by former National Security Adviser John Bolton. The book, “The Room Where It Happened,” sold more than 780,000 copies in its first week of sales.

It is rare for books to sell hundreds of thousands of copies in a single week of sales — and most books will never sell that many.

“Too Much and Never Enough” will join other books about Trump that became sensational best-sellers.

“Fear” by legendary journalist Bob Woodward had sold 900,000 copies by the end of its first day of official sales. “A Higher Loyalty” by former FBI Director James Comey had sold 600,000 copies at the end of its first week on store shelves. And “Fire & Fury,” the hit book by Michael Wolff, sold more than 1.7 million copies by the time it had been out for a month.
The sales reflect a significant appetite for books that offer inside accounts of the Trump administration.

In some cases, Trump or his allies have sought to block unflattering books about him, which can backfire and provide an additional publicity boost to the books.

Mary Trump faced litigation from Robert Trump, the President’s brother, who argued in court that it violated a confidentiality agreement related to Fred Trump’s estate. But a New York judge ultimately allowed its release.