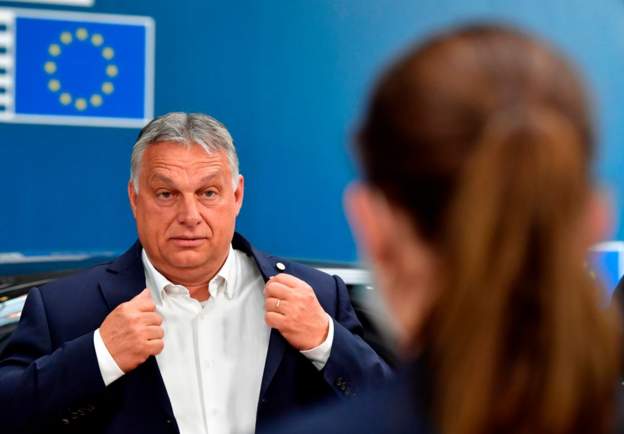 The Hungarian prime minister has accused his Dutch counterpart of holding a personal grudge against him as EU leaders struggle to reach a deal on a coronavirus recovery package for a third day.

Some member states believe the proposed €750bn ($857bn; £680bn) package is too large and should come as loans, rather than grants.

Some wealthy net-contributor states like the Netherlands want that recovery fund to consist mainly of repayable loans, not grants and to be tied to economic reform. That’s resented by the likely beneficiaries, Greece, Italy and Spain.

The Dutch Prime Minister Mark Rutte also firmly supports the idea of making aid to Poland and Hungary conditional on assurances from them about judicial and media freedoms.

In response, the Hungarian Prime Minister Viktor Orban, accused Rutte of having a personal grudge against him, and of trying to link financial help to political issues.

“I don’t know what is the personal reason for the Dutch prime minister to hate me or Hungary but he is attacking so harshly and making very clear that because Hungary, in his opinion, does not respect the rule of law must be punished financially,” Orban told reporters.

This unusually forthright response from the Hungarian leader Viktor Orban shows how high feelings on that matter are running. For all the strength of that rhetoric there is a sense that differences are being narrowed although it’s still impossible to say if there’ll be a deal this weekend.