This is the last week of $600 unemployment benefits 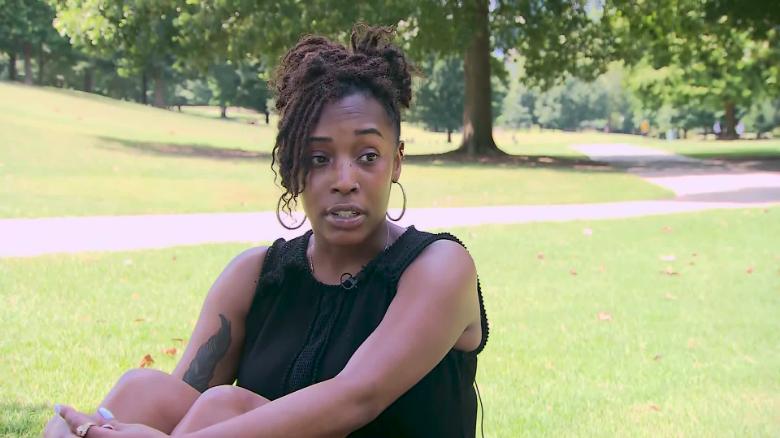 (CNN)The end is near for the $600 federal lifeline for millions of unemployed Americans — even though the economy is still far from recovered from the coronavirus pandemic and new layoffs are being announced regularly.

The coronavirus relief program technically doesn’t expire until July 31, but this coming week will be the last for which benefits are paid — because payments are only provided for weeks ending on either Saturday or Sunday.

Jobless Americans will still get state unemployment benefits, but the sunset of the Congress’ $600 enhancement — part of the $2 trillion economic aid package passed in March — will leave more than 25 million people thousands of dollars poorer each month. And it will expose more of the real pain of mass unemployment, just as many states are reimposing shutdowns.
“These emergency unemployment benefits have been propping up families and propping up the economy now for several months, said Kali Grant, senior policy analyst at the Georgetown Center on Poverty & Inequality. “Ending the benefits prematurely will really set back any economic recovery that may have been on the way.”

If you’re desperately missing your local coffee shop, or just want to treat yourself, these coffee subscription services deliver gourmet brews right to your door.

Congressional lawmakers are beginning to work this week on the next economic stimulus package. But it’s unlikely they’ll agree on — much less approve — the next step to help unemployed Americans before the payments lapse.

The provision was controversial from the start, mainly because the $600 boost, when added to state benefits, is more than what two-thirds of workers made on the job, according to an estimate from University of Chicago researchers.

But lawmakers approved it in late March as part of a historic expansion of the nation’s unemployment program at a time when health officials didn’t want people out looking for work. The flat $600 payment was much easier for state agencies — which were already struggling as a flood of claims overwhelmed their antiquated technology — to implement.

Congress approved the boost for only four months, thinking that the economy would bounce back quickly once the coronavirus was vanquished and businesses reopened. For a while, that seemed to be the case — with employers hiring more than 7 million workers in May and June after shedding an unprecedented 20.5 million jobs in April.

Senate Republicans, who are expected to release their proposal this week, are generally loath to extend the full benefit. They feel it creates a disincentive for people to return to work, a concern echoed by some business owners. Instead, GOP lawmakers are considering scaling back the enhancement by several hundred dollars and creating a bonus for those who go back to work.

Democrats, on the other hand, want to continue the bigger benefit into 2021. The House included that provision in the $3 trillion coronavirus relief bill it passed in May.

“The right thing to do for families and the economy is extend supercharged unemployment benefits,” said Oregon Sen. Ron Wyden, a Democrat. “They have unquestionably kept the economy afloat.”
Blunting the impact

The augmented benefit has blunted the impact of the coronavirus-induced economic upheaval, which prompted the sharpest and swiftest loss of jobs on record in April. Still, 4.3 million homeowners missed their mortgage payments in May, the highest level since 2011, according to Black Knight, a mortgage data company.

And, the vast majority of food banks were still seeing a big jump in demand in early July, compared to a year ago, with 50% more people being served, on average, according to Feeding America, a network of food banks. Just under 30% were new clients.

The $600 payment provides more than $15 billion a week to 25 million Americans, according to an analysis by Andrew Stettner, senior fellow at The Century Foundation. Many are using it to cover their rent or mortgage, buy food and spend on other basic needs.

Shanga McNair of Jacksonville, Florida, is one of them. The veteran bartender lost her job at a brewhouse when the state shut down earlier this spring and then returned to work in early June at a jazz bar for about two shifts a week — down from her typical six. However, state officials closed the bars again in late June after coronavirus cases spiked, sending her back to unemployment. Her side jobs bartending at private parties and banquets have also dried up.

The $600 federal boost, on top of her $275 weekly state benefit, is less than she made while working. It barely pays her rent but has allowed her to keep up with her bills. The 40-year-old, who also visits a local food pantry occasionally to supplement her grocery shopping, figures that if Congress doesn’t extend the enhancement, she has three months to find a job before she’s evicted.

So far, she’s had no luck. McNair has sent scores of applications to restaurants, warehouses, customer service firms and offices, but they have yielded nothing. She even filled out an application while grabbing a bite at Popeye’s after seeing the manager working multiple jobs but was told there was a hiring freeze.

“I hate depending on the government, but everything is out of my control,” said McNair, who is putting two daughters through college and has never collected unemployment before. She has written to her elected representatives in both parties. “You can’t just pull the rug because it’s not over.”
Eliminating the federal benefit will reduce workers’ weekly unemployment payments by 50% to 85%, depending on their state, Stettner said.
As Congress debates what to do, more people are at risk of losing their jobs in fresh rounds of layoffs. United and American airlines have warned this month that tens of thousands of employees could be cut or furloughed this fall. JCPenney announced last week that it would cut 1,000 jobs from its executive and regional offices. Other retailers, including Brooks Brothers and Neiman Marcus, have filed for bankruptcy.

Also, the spike in coronavirus cases has prompted at least two dozen states to halt or reverse their reopening plans, which will also cost people their jobs. For instance, California last week ordered the shuttering of bars, movie theaters and indoor dining at restaurants statewide, as well as the closing of gyms, houses of worship, indoor malls, hair salons and some offices in many counties.

The impact is already showing up in the data. The states with the largest surge in coronavirus cases earlier this month also had the biggest increase in initial unemployment claims, according to William Rodgers III, chief economist at the Heldrich Center for Workforce Development at Rutgers University.
Some economists fear that the nascent jobs recovery will be derailed, sending even more people onto the unemployment rolls.

“Conditions in the labor market remain weak and the risk of mounting permanent job losses is high, especially if activity continues to be disrupted by repeated virus-related shutdowns,” said Rubeela Farooqi, chief US economist at High Frequency Economics.