Trump Won’t Say Whether He Will Accept 2020 Election Results: ‘I Have To See’ 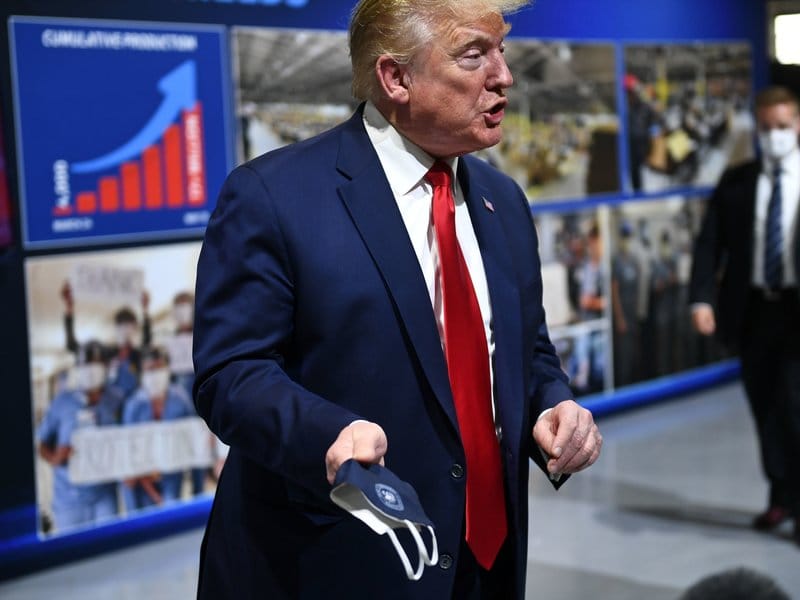 President Donald Trump wouldn’t say whether he will accept the results of the general election in November during an interview with “Fox News Sunday,” claiming again without evidence that the process is rigged before any votes have been cast.

Host Chris Wallace asked Trump if he was a good loser, to which the president responded that he is not. “But are you gracious?” Wallace pressed.

“You don’t know until you see,” Trump said. “It depends. I think mail-in voting is going to rig the election. I really do.”

Asked if he’s suggesting he might not accept the results of the election, Trump said, “I have to see.”

Many states are preparing for a significant increase in voters who cast their ballots by mail this year as coronavirus cases continue to surge across the country.

But election officials from dozens of states have disputed the administration’s arguments about potential fraud, saying that there are many security measures in place to prevent any issues.

“Ballot tracking, intelligent barcodes, identity verification, post-election audits and the fact that there are severe criminal and civil penalties already in place (which makes any attempt at vote tampering a high-risk, low-reward endeavor) all combine to ensure that mail-in voting is a trusted way for voters to make their voices heard,” Curtas added.

This isn’t the first time Trump has refused to say whether he will accept election results. He also evaded a similar question from Wallace during a debate against Democratic presidential nominee Hillary Clinton in October 2016.

“I will tell you at the time,” Trump said. “I will keep you in suspense.”

Asked for a direct response on “Fox News Sunday” to the question of whether he would accepting the election results, Trump again said he will “have to see.”

“No, I’m not going to just say yes,” the president said, adding: “And I didn’t last time, either.”

Trump disputed polls that showed presumptive Democratic nominee Joe Biden at an advantage in some areas. He called Biden “mentally shot” and said the former vice president wouldn’t be able to sit through an interview with Wallace.

“He’ll be on the ground crying for mommy,” Trump said.