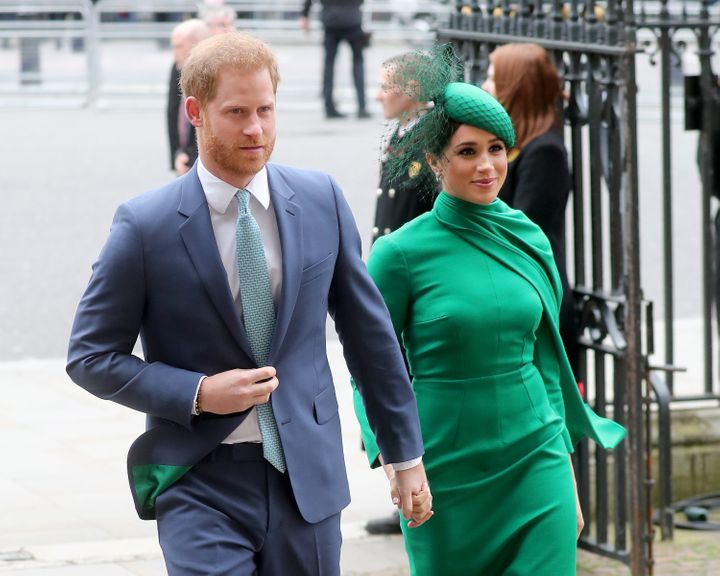 Meghan Markle and Prince Harry have filed a lawsuit alleging their privacy is being invaded by unnamed “paparazzi and media outlets” using drones to take backyard photos of their son Archie.

The lawsuit, filed by the Duke and Duchess of Sussex’s lawyers Thursday in Los Angeles, where the family now lives, says as many as 100 individuals it identifies as “John Doe” have put forth “relentless and quite frankly shocking efforts” to “profit from serial intrusions on the privacy of a 14-month-old child in his own home.” The Hollywood Reporter first reported on the lawsuit.

The Sussexes ask for unspecified monetary damages, attorney’s fees, the surrender of any profits from the privacy violations and a court order barring “any further unlawful harassment.”

“The Plaintiffs have done everything in their power to stay out of the limelight except in connection with their work, which they freely admit is newsworthy,” the complaint says. “But the photos at issue are not news. They are not public interest. They are harassment. The sole point to taking and/or selling such invasive photos is to profit from a child.”

The Sussexes stepped back from their royal roles earlier this year, in part to escape the relentless media spotlight. Their legal complaint details the intrusions they say they’ve endured since. The Daily Mail published their address after they moved to Canada, the suit says, and again when they moved into Tyler Perry’s home in Los Angeles. As a result, paparazzi have swarmed back into their lives.

“Some paparazzi and media outlets have flown drones a mere 20 feet above the house, as often as three times a day, to obtain photographs of the couple and their young son in their private residence (some of which have been sold and published),” the complaint says.

“Others have flown helicopters above the backyard of the residence, as early as 5:30 a.m. and as late as 7:00 p.m., waking neighbors and their son, day after day. And still others have even cut holes in the security fence itself to peer through it.”

Photographers have attempted to sell pictures of Archie by falsely claiming they were taken in public, though he was in the backyard, the suit says. The couple have not been spotted in public with their son since moving to Los Angeles in March.

“Every individual and family member in California is guaranteed by law the right to privacy in their home,” the couple’s attorney, Michael Kump, said in a statement shared with HuffPost.

“No drones, helicopters or telephoto lenses can take away that right,” Kump added. “The Duke and Duchess of Sussex are filing this lawsuit to protect their young son’s right to privacy in their home without intrusion by photographers, and to uncover and stop those who seek to profit from these illegal actions.”

The Daily Beast said in May that the couple reported five drone-related incidents that month to the LAPD.

The Sussexes with their baby son, Archie, at a meeting with Archbishop Desmond Tutu during their royal tour of South Africa

The Sussexes with their baby son, Archie, at a meeting with Archbishop Desmond Tutu during their royal tour of South Africa on Sept. 25, 2019 in Cape Town.

The Duke of Sussex has criticized tabloids on numerous occasions for a “ruthless campaign” against the Duchess of Sussex, and what he says is the misogynistic, racist and intrusive manner the media organizations cover Meghan.

The duchess is suing Associated Newspapers, which owns the Daily Mail and Mail on Sunday, for publishing part of a private letter she wrote to her father, Thomas Markle, in 2018. The excerpts were published in February 2019.