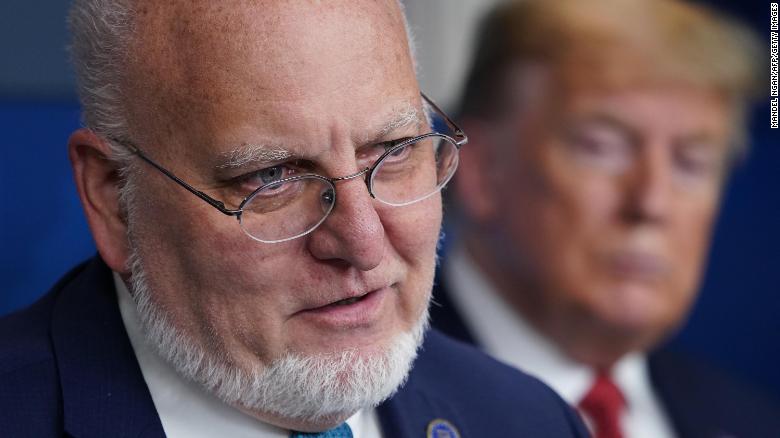 (CNN)The United States was slow in recognizing the coronavirus threat from Europe, Dr. Robert Redfield, the director of the US Centers for Disease Control and Prevention, admitted for the first time Tuesday in an interview with ABC News.

“The introduction from Europe happened before we realized what was happening,” Redfield said. “By the time we realized (the) Europe threat and shut down travel to Europe, there was probably already two or three weeks of 60,000 people coming back every day from Europe,” he added.

“That’s where the large seeding came in the Unites States.”
The US restricted travel from China on February 2 and from Europe on March 13, but by March 8, Covid-19 was already circulating among the community in New York City and, by March 15, community transmission of the virus was already widespread, a recent analysis from the CDC found.
By the time the Trump administration banned travelers from Europe, the virus was already spreading in New York City, according to the report. Testing was also limited at the start of the epidemic there, allowing people with undetected cases to spread the virus.
During the ABC interview, Redfield also admitted that there have been problems with the federal response.

“Yes, there’s been mistakes,” he said. “And, yes, we fail. We’re in it doing the best we can and we’re trying to make the best judgments we can.”

The CDC director discussed his initial response to news of something mysterious happening in central China.
He said he got a phone call on New Year’s Eve last year alerting him to an incident involving a respiratory condition in Wuhan and he told ABC he knew it was serious. He said he wrote the first situation report on the incident the very next day.
“We felt that this had potential to be a very serious situation that had national security implications.”

The CDC was ready to send in a team of scientists within a week, but the Chinese government refused to let them in, Redfield said, something he has said before and pointed to as a reason the US got a later start in identifying the dangerous virus and taking action.
He also said he’s optimistic that the country can get the upper hand in the battle against the coronavirus.
“I wish now we would come together and recognize and see the possibility that we can beat this pandemic,” he said.
“We’re not powerless. We don’t have to wait for a vaccine, although I think we’re going to be successful sooner than many people think. We have the most powerful weapon in our hands right now, I mean it’s an enormously powerful weapon. It’s just a simple, flimsy mask,” Redfield said.
“This virus can be defeated if people just wear a mask.”