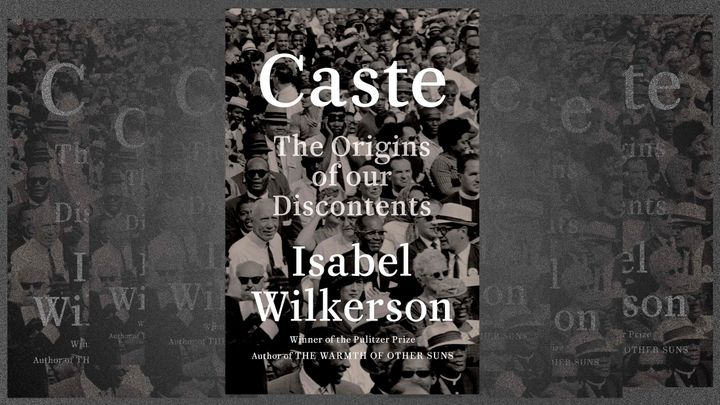 In her new book “Caste: The Origins of Our Discontents,” Isabel Wilkerson, the Pulitzer Prize-winning journalist, recalls once seeing a small, barely noticeable welt in the corner of a room in her home and deciding it was nothing. But over the years, the welt “became a wave that widened and bulged,” until the ceiling was bowed. The tiny flaw in the home’s structure could only be ignored for so long before it threatened the integrity of the whole.

America is like that old house, Wilkerson observes, and “the owner of an old house knows that whatever you are ignoring will never go away.”

For many Americans, the country now seems to be in that catastrophic phase. The rot cannot be ignored. Tens of thousands have died from the uncontrolled spread of COVID-19; the economy has been devastated by the pandemic, and millions have lost work and face eviction due to the lack of government aid. Protesters have filled the streets of American cities, decrying police brutality against Black people, while police and federal agents respond with rubber bullets, tear gas, and beatings.

The interlocking systems that structure American life no longer seem stable ― but why?

Some may say it’s the advent of President Donald Trump, a destructive aberration from our usual political leaders. Others believe the roots lie far deeper. Wilkerson, for example, argues that a caste system “as central to [our nation’s] operation as are the studs and joists that we cannot see in the physical buildings we call home” has both structured American society and led inexorably to its decay.

Wilkerson, the author of the acclaimed “The Warmth of Other Suns: The Epic Story of America’s Great Migration,” traces this caste system back to the colonization of America and the creation of the American slave trade, which arose out of the demand for cheap, virtually limitless labor. Unlike white indentured servants, she writes, African slaves lacked ongoing ties to family or organized labor movements back in England, which could provide aid in eventually seeking wages and freedom. Over time, colonial law began to privilege white indentured servants, at first exempting Christians (at the time roughly synonymous with Europeans) from lifetime enslavement.

As enslaved Africans began to convert to Christianity, however, the rationale evolved and hardened into one of racial difference. America’s rigid caste system, Wilkerson argues, was developed to justify and perpetuate a brutal form of chattel slavery. “It made lords of everyone in the dominant caste,” she writes. “Slavery so perverted the balance of power that it made the degradation of the subordinate caste seem normal and righteous.”

After the abolition of slavery, the caste distinction remained vital to the white population who feared losing the psychological wage of a superior rank ― a fear that has remained powerful in American politics and daily life. Jim Crow enshrined caste into law, but caste, as Wilkerson describes it, is not strictly legal; it also plays out in unequal application of criminal law, or widespread perceptions of Black people as poor or uneducated that shape how they are treated by medical workers, teachers, banks, employers, and police.

This is not exactly new, of course; what “Caste” proposes is a framework for understanding it ― not as America’s odd preoccupation with race, but as just one example of a caste system much like others we are familiar with.

Wilkerson turns again and again to metaphors to pin down what caste means exactly, arguing that it’s not exactly race (though in the U.S. it is inextricable from it), nor is it class. It is, she says, “the wordless usher in a darkened theater, flashlight cast down in the aisles, guiding us to our assigned seats for a performance.” Or it is the play itself, in which “the actors wear the costumes of their predecessors and inhabit the roles assigned to them. The people in these roles are not the characters they play, but they have played the roles long enough to incorporate the roles into their very being.” Caste is “like a corporation that seeks to sustain itself at all costs.”

Wilkerson focuses most of her attention, rightly, on the tremendous suffering inflicted by caste on the lowest subordinate group in a system, and on Black Americans in particular. Using studies, historical research, and anecdotes from daily life, she argues that it is caste expectations that frequently exclude Black people from high-status jobs and that scapegoat them for crime and other social ills. These expectations inflict stress especially, she argues, on Black people who defy caste by climbing into higher social classes, which has profound health implications.

“Socioeconomic status and the presumed privilege that comes with it do not protect the health of well-to-do African-Americans,” she points out. “In fact, many suffer a health penalty for their ambitions… The stigma and stereotypes they labor under expose them to higher levels of stress-inducing discrimination in spite of, or perhaps because of, their perceived educational or material advantages.”

In the current moment, with rioters protesting police killings of Black people, and the coronavirus tearing through Black and brown communities, Wilkerson’s caste opus is often clarifying. She traces how caste relegates most lower-status people to the type of essential work that forces them to leave home, endangering their health, even as many predominantly white office workers remain safely isolated while working remotely. She examines how it undergirds every interaction between people of different castes, especially as the election of Barack Obama, and then Donald Trump, drove a resurgence of caste policing.

“After the 2016 election,” she writes, “the surveillance of black citizens by white strangers became so common a feature of American life that these episodes have inspired memes of their own.” White people calling the cops on Black people entering their own homes or waiting at a Starbucks, she argues, is “a distant echo of an earlier time when anyone in the dominant caste was deputized, obligated even, to apprehend any black person during the era of slavery.”

In an era of increasingly widespread anti-capitalism, it can be surprising how matter-of-fact Wilkerson is about class hierarchy. Class mostly appears in the book as either a function of caste or a foil to it: Black people are mostly confined to low-wage labor and lower social classes, while some rise to the upper classes but face frequent assumptions that they are unfit to be in upper-class spaces. To limn the precise reach of race-based caste, Wilkerson focuses on those who defy caste-assigned class, especially wealthy Black people. In several anecdotes, including some drawn from her own life, Wilkerson remarks on a Black person being treated rudely despite being expensively dressed, owning a house, or participating in a white-collar professional gathering. The episodes are revealing; they speak to the reality that class does not account for all racial disparities, and that caste functions with and through class rather than being identical to it.

This makes sense, as the project of the book is to tease out what caste is. But the question of class hierarchy lingers tantalizingly. Wilkerson often suggests that hierarchies are natural, provided that the sorting happens through personality, grit, and intelligence rather than caste. She devotes one rather eccentric chapter to the concept of “alphas,” digging into the science of wolf pack hierarchies to argue that one harm of caste is to force people from dominant castes to behave as alphas and to suppress natural alphas from lower castes into subordinate roles. In her disproportionate interest in the individual experience of upper-class people from lower castes, like herself, and her apparent acceptance of class as a reasonable hierarchy, Wilkerson neglects to explore the full implications of how the intersection of caste and class disadvantage poor Black people. As long as class hierarchies are embraced, one is left wondering how injustices like those inflicted by caste might ever be fully eradicated.

If a future utopia fails to materialize in Wilkerson’s dissection of caste, her macro-level analysis of the caste system itself is more fruitful. Her exploration of why caste provides a rickety framework for society as a whole is particularly illuminating, exposing how America’s vulnerability to the pandemic arose is rooted in the neglect and vilification of the lower castes. Both the ebola and the coronavirus pandemics, she argues, exemplify the dangers of creating scapegoat lower classes on whom to offload societal anxieties. By treating these illnesses as exotic diseases faced by poor, underdeveloped nations populated by lower-caste people, white Americans failed to realize that they could easily fall victim to the same virus. “This was a problem for Africa, seen as a place of misfortune filled with people of the lowest caste, not the primary concern of the Western powers,” she writes of the anemic involvement of the U.S. in finding treatments for ebola during the epidemic in West Africa. This dynamic continues to play out today, as white Americans defy masking and social distancing guidance ― perhaps partly because COVID-19 originated in China and has disproportionately sickened Black and brown people, allowing white people to dismiss it as a disease of the lower castes ― very likely fueling outbreaks that leave Americans of all races dead.

The myth of American exceptionalism is enduring though frequently debunked. The nation’s centuries-old pattern of imperialism and violent racial subjugation has always been presented to the world as natural and inescapable, where other countries’ systematic oppression and genocide of certain groups are framed as human rights violations, a function of the United States’s wealth and influence rather than its morality.

Wilkerson matter-of-factly punctures this inflated image not just by examining the unique cruelties of American caste, but by refusing to present it as utterly exceptional. She compares the American racial caste to the “lingering, millennia-long” Indian caste system and the “accelerated, chilling, and officially vanquished” caste system implemented in Nazi Germany. The similarities between the systems are clearly laid out and convincing; Nazis, as she notes, even researched Jim Crow law as a model for instituting legal restrictions on Jews.

Yet the comparison has already drawn outrage. Bari Weiss referenced the argument, which Wilkerson advanced last month in a New York Times feature adapted from the book, in her public resignation letter as an example of the hostile working environment she claimed she faced at the Times. “The paper of record is, more and more, the record of those living in a distant galaxy, one whose concerns are profoundly removed from the lives of most people,” she wrote. “This is a galaxy in which, to choose just a few recent examples, the Soviet space program is lauded for its ‘diversity’; the doxxing of teenagers in the name of justice is condoned; and the worst caste systems in human history includes the United States alongside Nazi Germany.”

For immigrants separated from their children and held in detention centers, or Black people funneled into the prison industrial system at hugely disproportionate rates, this characterization of American caste may not seem distant from their own lives at all. But it is distant from the American self-mythology, honed over centuries, which positions the United States as a country uniquely devoted to freedom, tolerance and justice.

People bridle instinctively at stigmatizing comparisons. Wilkerson points out that “[t]he dominant caste resists comparison to lower-caste people, even the suggestion that they have anything in common or share basic human experiences, as this diminishes the dominant-caste person and forces the contemplation of equality with someone deemed lower.” Many may balk, as Weiss did, at the idea that America’s racial caste system can be put in the same category as that of Nazi Germany. But Wilkerson’s brutal accounting of the unimaginable cruelty inflicted under slavery, Jim Crow and the following decades makes a powerful case that white Americans resist being shocked and a bit peeved and acknowledge the truth revealed by her comparisons.

American exceptionalism is a lie. To fix our broken country, we have to learn not just from our own crimes, but from how much like other evil-doers we actually are.