I Condemned Trump’s Bible Photo-Op And Went Viral. Here’s What That Moment Taught Me. 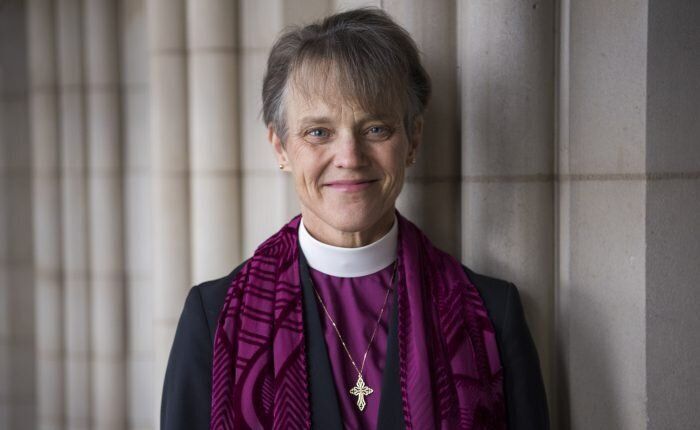 I’ve been thinking all summer about the power of decisive moments ― those times in our lives when we actively choose a particular path or way of being in the world, one that requires us to be brave. We all want to be brave when it counts, to be one who steps up, leans in, does the right thing when it matters most. While the more dramatic of those moments can catch us by surprise, in the sense that we may not have woken up that morning knowing such courage would be required of us, looking at those moments through the wider lens of time, we realize that they are not isolated events.

A decisive moment ― one that we remember as having marked or defined us ― is often preceded by a long season of preparation. And when the moment passes and the adrenaline rush is over, we are left to live according to what we felt at the moment of decision.

Serving as bishop of the Episcopal Diocese of Washington requires me to step into the public arena on occasion ― never enough for some members of the capital region diocese and far too often for others who prefer their bishops to keep politics out of church and church out of politics. Truth be told, more often than not when I speak or act publicly, few people outside of church circles notice or care.

But every once in a while it happens that the world takes notice, as it did on June 1 when President Donald Trump made his now-infamous walk across Lafayette Square, with top military and Cabinet leaders at his side, in order to be photographed holding a Bible in front of St. John’s Episcopal Church.

Moments before, standing before journalists in the Rose Garden, the president had threatened to use military force against American citizens who had joined a protest ― one of many taking place around the world ― in the wake of the killing of George Floyd by Minneapolis police officers. The order was then given to forcibly remove all protestors from Lafayette Square and the courtyard in front of St. John’s Church, presumably to clear a path for the president.

I managed to get in front of a microphone that evening to say that the president had no right to the spiritual mantle he had attempted to claim as authority for his actions and words.

Urged on by horrified church colleagues who were watching this scene unfold live and immediately contacted me, I managed to get in front of a microphone that evening to say that the president had no right to the spiritual mantle he had attempted to claim as authority for his actions and words.

As it turned out, the microphones and cameras kept coming for about four days, and I kept saying essentially the same thing. It seemed to others that I was being very brave. Maybe I was, but in all truth, it felt more like being summoned to speak on behalf of others who were being brave, others in the church and the nation who were standing up for racial equity, others in the church and the nation were outraged by what they saw. I did my best to embrace the moment without losing sight of the larger struggle for racial justice that people across our country were demanding.

It was a bit like riding a wave. Like all waves, it was all-consuming for a brief moment and then ― and here’s the point ― the moment passed. And I’m not persuaded that it was all that decisive a moment for me, at least not in comparison to other dramatic moments of that very dramatic week.

Keep in mind the larger truth that for Black and brown people in the United States, there was nothing new in the way George Floyd died. People of color have been killed at the hands of law enforcement and vigilante citizens since the founding of this country. What is new is the ability for ordinary citizens to record on video what generally happens in secret. What is new is that the long protest by people of color has been joined, at last, with a rising sense of horror and shame among white Americans. The veil on our eyes has been lifted, a moment amplified and intensified by the ravages of the COVID-19 pandemic, revealing murderous racial disparities in this country that we white Americans had refused, until now, to see.

For me, the more important decisive moment came the following Sunday. I was back on what’s now called Black Lives Matter Plaza, listening to the words of Bishop William Barber, co-chair of the Poor People’s Campaign. Bishop Barber looked out on the wonderfully multiracial, intergenerational crowd gathered and said, “Do not let anyone tell you that this is the first time people of different races, classes and educational backgrounds have come together to fight for a common cause. It has always been such a coalition of the faithful that has brought about change in this country ― Black, white and brown; rich and poor; young and old. Everyone is needed; everyone has a part to play and an offering to make.”

That’s the decision that informs my life today. It’s not exactly a new decision, but I feel it in a new way. It won’t always burn in my heart the way it does now, I know that. But I pray for the grace and courage and perseverance to be true to it even when the passion of this season fades.

“Threshold” is a word we’re using quite a bit in this country ― I’ve used it myself ― to describe where we are, a kind of crossing over from one reality to the next. “Crucible” is another, to connote the possibility of transformation when elements come together under pressure and heat. We find ourselves wanting to be brave, to do right, to act with courage, and we must, but given the challenges before us and our fallibility as human beings, it’s important to acknowledge that as we step up to the plate, we’ll miss more balls than we hit.

The truth is that we don’t yet know if this will be the time, whether we, as a nation, are ready and willing to make the kinds of changes we so desperately need. We don’t know now whether our efforts will bear fruit.

But what we do know ― what I know ― is this: Wherever we are in the continuum of change, there are ways to be faithful to that vision, to be part of the coalition of the faithful. Whether this is the turning point or yet another season of preparation, whether we are successful today or whether we fail, we can do what God asks of us, which is our part ― faithfully, imperfectly, in an ever-changing world in which we, too, are being changed.

Mariann Edgar Budde serves as bishop of the Episcopal Diocese of Washington, D.C. The first woman elected to this position, she also serves as the chair and president of the Protestant Episcopal Cathedral Foundation, which oversees the ministries of the Washington National Cathedral.