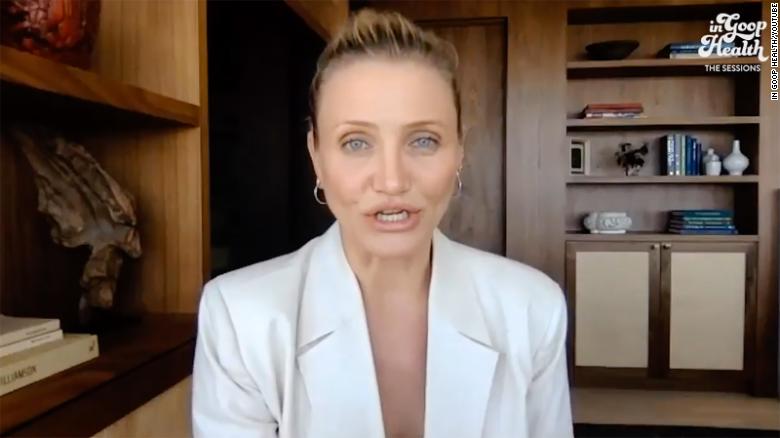 (CNN)Former Hollywood star Cameron Diaz has revealed her reasons for retiring from the movie business, saying she found “peace” when she quit acting.

Diaz appeared on Gwyneth Paltrow’s “In goop Health: The Sessions” series Wednesday, discussing her wine business, how her mentality changed as she got older and the impact her career had on her well-being and relationships .

“I just decided that I wanted different things out of my life. I had gone so hard for so long, working, making films and it’s such a grind,” said Diaz. “I didn’t really make any space for my personal life.”

When asked what it felt like to walk away from a successful movie career, she replied: “A peace. I got a peace in my soul.” She added: “I finally was taking care of myself.”

The former actor said she decided to really focus on her relationships with family and friends after handing over control of certain aspects of her life to other people for many years.

“When you’re making a movie, it’s a perfect excuse — they own you. You’re there for 12 hours a day for months on end and you have no time for anything else,” she said.

“Actors are infantilized. We’re put in a position where everything is taken care of for us.”

Diaz said she never really felt comfortable with that sort of life, and had to take back responsibility after retiring.
She decided to become “self-sufficient” and prove she could take care of herself as an adult, “putting all the pieces of my life together the way that I wanted it to be put together, not how other people thought it should go.”

Diaz also said it’s “intense” being in the public eye.

“There’s a lot of energy coming at you at all times when you’re really visible as an actor and doing press and putting yourself out there,” she said.

Diaz has released two books — “The Body Book” and “The Longevity Book” — and married Good Charlotte singer Benji Madden in 2015. The couple announced earlier this year the birth of their daughter Raddix Madden.