I’m A Blind Woman. Here’s How COVID-19 Has Changed The Way I Ask For Help. 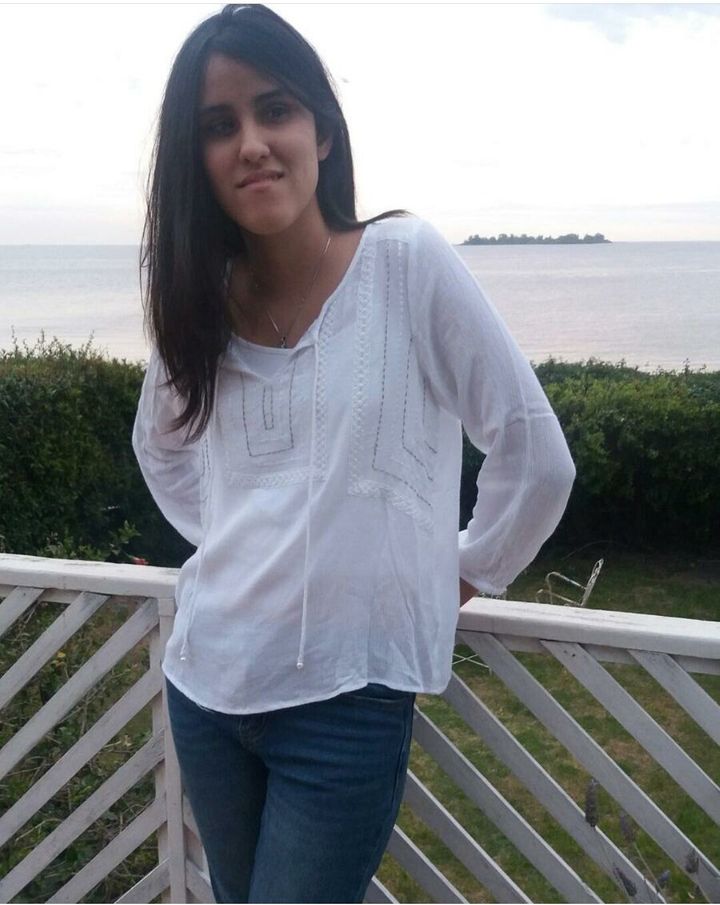 Crossing the street has always been an odyssey for me. I’ve been totally blind since birth, so the only thing that allows me to get my bearings in this situation are the sounds of vehicles. But with the coronavirus pandemic, and the lack of acoustic traffic lights in Colonia, Uruguay, where I live, this simple task for most people becomes really complex ― albeit not impossible ― for me.

One day recently, I was walking on the sidewalk following the wall as a reference and as a way to prevent me from going into the street by mistake, while waiting carefully for the moment when the wind would hit my face and alert me that I was facing a corner. My white cane touched the step that would take me to the street, and before I could think of anything, a stranger grabbed me and carried me, practically running, to the other side.

This might be shocking to some. But people trying to help me without asking me if I really need the help or how I need it is quite normal for me. Many people grab me, touch me and try to take me to the places they believe ― without asking or knowing me ― are where I want to go. In some cases, they ask me, but don’t listen to me, as if it were a mere courtesy and my answer is not something expected.

For me, personal space — something that is often taken for granted with most people — is a concept that seems to be completely blurred. And now, in the midst of a pandemic with a virus that spreads by proximity and physical contact, not respecting my personal space increases my risk of getting sick.

This might be shocking to some. But people trying to help me without asking me if I really need the help or how I need it is quite normal for me.
My problems with stranger-imposed help is something I’ve been dealing with for as long as I can remember. When I was a child, I allowed myself to be helped in any way I could. I didn’t care if strangers grabbed me or pushed me or tried to help me in whatever way they thought was right without stopping to think if I needed that help to begin with.

In fact, rather than allowing it, it was an act of resignation: the unfounded fear of not getting help when I really needed it because I had refused it before made me accept whatever help was imposed on me, even if it wasn’t necessary or the way wasn’t right. I have always been a person who speaks for herself and defends her needs and situations, but in these cases, remaining silent seemed easier.

When I was born, at 26 weeks gestation, I had to spend months in an incubator to save my life ― and it was the oxygen they used that saved my life but also irreversibly damaged my retinas. Although things could have been much worse, my visual impairment is the only consequence I have from that situation. My parents, from a very young age, always encouraged me to be independent and to do everything for myself. When I was in primary school, because there was no state support, my mother had to learn Braille ― the reading and writing system for the blind ― and transcribe, day by day, all the things I wrote so that my teachers could read them.

The lack of state support, coupled with the fact that I was, and still am, one of the few blind people in my area, made things more difficult when interacting with people. The lack of awareness meant that very few people knew what blind people were capable of, which led, in many cases, to situations like the one I mentioned at the beginning.

My reluctance, at least in the beginning, to correct people when these things happened was rooted in a fear of offending or upsetting people.

When I was in primary school, because there was no state support, my mother had to learn Braille — the reading and writing system for the blind — and transcribe, day by day, all the things I wrote so that my teachers could read them.

I remember the exact moment when that started to change. I was outside my new high school, about to enter class. It was one of the first days, so even though I didn’t know the entire facility, I knew the way to get to the place where I would meet the rest of my classmates. Almost without warning, I felt a stranger grabbing me by the shoulder, trying to get me to a place. “Not like that!” My mother’s scream, who was in the car watching everything, took me by surprise. I knew grabbing me wasn’t right, but until that moment I had been genuinely scared that if I set boundaries, I wouldn’t be helped when I needed it.

From that day on, it was no longer so difficult to reject or decline unwarranted help because I’m an independent person who is capable of making her own decisions.

However, there is a big difference between helping and taking someone’s space or ignoring their needs and desires.

Not all the help I am offered is met with rejection on my part though. As a visually impaired person, I know my limits, and I know that there are a variety of situations where selfless help from strangers is not only necessary, but welcomed and appreciated. From shopping in a big store to finding my way when I get lost, it is the help I receive from people I don’t know that allows me to move safely in the places I go.

However, there is a big difference between helping and taking someone’s space or ignoring their needs and desires. If a person without a disability was grabbed in the way I was at the crosswalk that day, it would be unacceptable. But when it happened to me, the situation was considered totally normal.

That day on the street, many things could have been done differently. For starters, the person who was trying to help me, even though he meant well, didn’t stop to ask himself if I really needed that help or if I really wanted to cross that street.

People tend to forget that I can speak for myself because they assume I’m totally incapable because I’m blind. I can still hear, and I can still speak. The fact that this person assumed, as so many have, that because I have a disability I am not able to do things independently shows that, even today, there are people who find it difficult to separate my disability from me as a human with my own agency and opinions.

Now that we are in the midst of a global pandemic caused by a virus that has taken the lives of thousands of people around the world, this problem is no longer just personal. The way people interact with me, as well as with other people, can be the difference between life and death.

Even with the precautions needed because of the coronavirus, I’ve realized that, whether in open or closed spaces, people will still approach me and ― without asking me ― grab me, ignoring social distancing measures altogether and putting themselves as well as me at risk. And it was then at the crosswalk that I understood that saying no and explaining my needs is not only an act of protecting my body, my desires and my ability to act individually, but now, it’s also a way to demonstrate that my health, like that of people without disabilities, matters too.

I’ve learned that saying no and explaining my needs is not only an act of protecting my body, my desires and my ability to act individually, but now, it’s also a way to demonstrate that my health, like that of people without disabilities, matters too.
Now when I go out on the street, I have to take many more precautions ― and I go out much less often than before. Social distancing measures, for example, are often very difficult for me to follow. The fact that I don’t see people ― and that when they don’t talk or make noise I can’t tell how close or far away they are from me ― and that I can’t see the distance marks on the floor in stores, makes outings, if I’m not with a companion, much more complex and stressful.

The fact that the virus spreads through physical contact is also a big problem, because one of the senses I use most to interact with the space around me is touch. Finally, when someone does offer me help, I have no way of knowing if they are wearing a mask.

Today, more than ever, it is necessary for people with disabilities to claim freedom over our bodies and, above all, over our decisions. And although the coronavirus has been the perfect opportunity to do so, it is also not necessary for the threat of a disease to be felt so that, once and for all, we are respected, not only as people with disabilities, but as human beings.