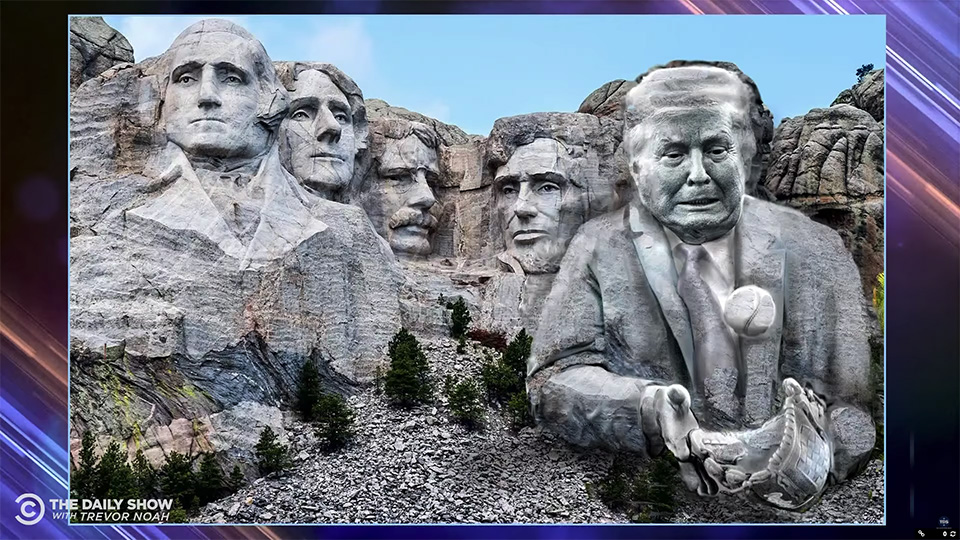 On Aug. 9, Donald Trump tweeted that he thought it would be a “good idea” to add his face to Mount Rushmore in South Dakota, alongside the heads of former presidents George Washington, Thomas Jefferson, Theodore Roosevelt, and Abraham Lincoln. The president’s tweet came after reports from the likes of The New York Times and CNN that said the president had asked South Dakota’s governor Kristi Noem about whether it was possible.

Look, The Daily Show’s Trevor Noah isn’t gonna stand in the way of putting Trump on the famous mountain, but he does have a few creative ideas.

“Actually, I wouldn’t even mind Trump’s face being carved into Mount Rushmore, just as long as they choose the right picture, because there are a lot of Trump faces I could get behind,” he continued, offering up suggestions like “trying-to-catch-a-baseball Trump” and “hair-blowing-in-the-wind Trump” complete with renders of these options.