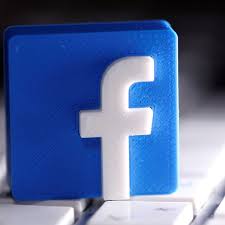 The rise of social media has changed the information landscape in myriad ways, including the manner in which many Americans keep up with current events. In fact, social media is now among the most common pathways where people – particularly young adults – get their political news.

A new Pew Research Center analysis of surveys conducted between October 2019 and June 2020 finds that those who rely most on social media for political news stand apart from other news consumers in a number of ways. These U.S. adults, for instance, tend to be less likely than other news consumers to closely follow major news stories, such as the coronavirus outbreak and the 2020 presidential election. And, perhaps tied to that, this group also tends to be less knowledgeable about these topics.

Through several surveys over the last nine months, the Center’s American News Pathways project has been exploring the connection between Americans’ news habits and what they hear and perceive about current events. One important aspect of this project is taking a deeper look at the pathways, or platforms, Americans use most often to access news – such as news websites or apps, social media, local, cable and network TV, radio, or print.

As of late last year, 18% of U.S. adults say they turn most to social media for political and election news. That’s lower than the share who use news websites and apps (25%), but about on par with the percent who say their primary pathway is cable television (16%) or local television (16%), and higher than the shares who turn to three other pathways mentioned in the survey (network TV, radio and print).

To further explore the influence of this relatively new entry into the news ecosystem, this report studies the characteristics of U.S. adults who rely on social media as their main pathway to political and election news, in comparison with the six other groups.

Demographically, U.S. adults who rely most on social media for news tend to be younger, are less likely to be white and have lower levels of education than those who mainly use several other platforms.