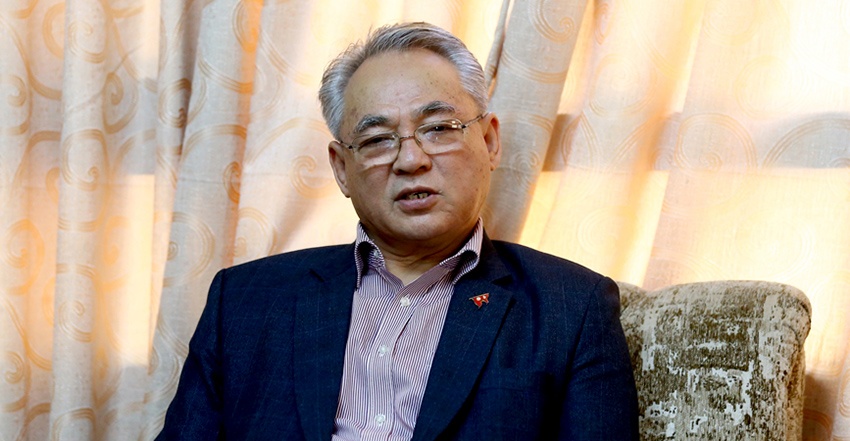 Kathmandu, Feb 16
Home Minister Ram Bahadur Thapa has said police have reached close to the accused in the rape and murder of Bhagarathi Bhatta of Baitadi.

During his meeting with women law practitioners today, the minister pledged to book the guilty in the crime soon.
Stating that the Bhagarathi’s case was not so much complicated as of Nirmala Panta of Kanchanpur, he said the investigation into the case was going on, taking a lesson from the past so as to take it to a conclusion.

A delegation from the Women Committee, Nepal Bar Association, and Supreme Court unit called on the Home Minister, seeking justice for 17-year-old Bhagarathi Bhatta who was subjected to the heinous crime on February 4 as she was on the way to home from school.

As the Minister said, the government was committed to stopping the violence against women and the establishment of women cell in the Nepal Police was meant for the same. ”Police have been directed to take all measures to stop probable cases of violence and rape and to respond instantly if such case(s) took place in the days ahead.”

On the occasion, the delegation handed a memorandum which demands the effective investigation into the case and action against the guilty to the Minister. It may be noted that the Nirmala Panta’s case dating to 27th July 2018 still remains unsolved as the guilty is yet to be identified.