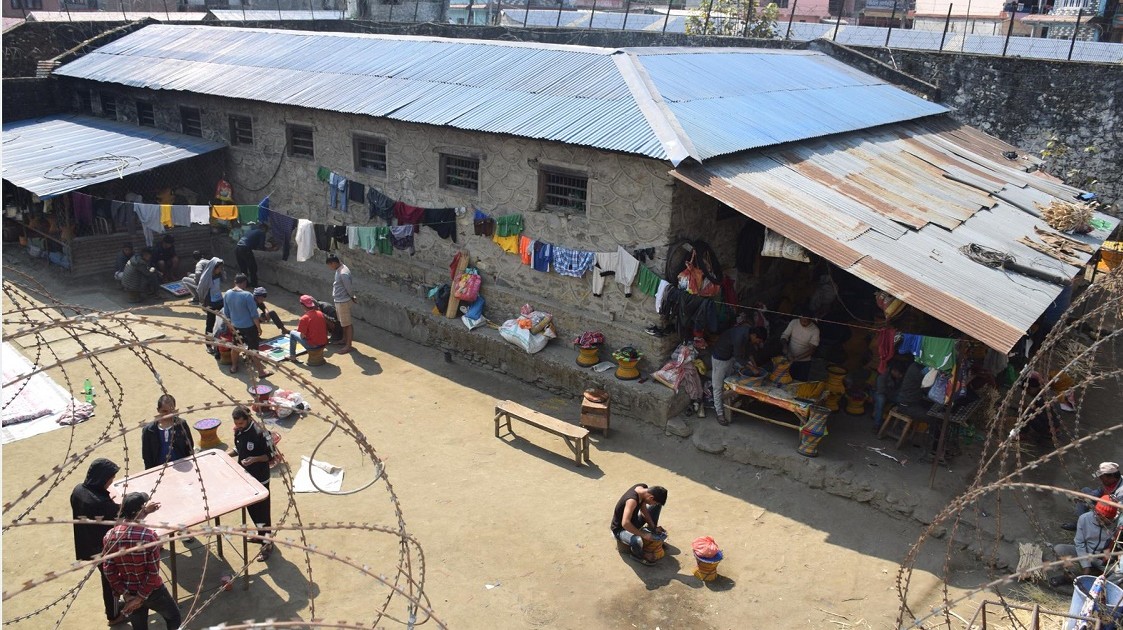 The building is dilapidated, rooms crowded and the stench emanated continuously from nearby toilet. The scene is quite unmanaged and seedy. But, the inmates are bound to stay inside.

The district jail here does not meet the standard- the law has the provision that an inmate needs the space with one meter length and four meter width. It is flatly violated- 91 inmates are crammed in the place spacious for 35 persons.

The captives are now suffering much from the cold in the district jail located at Beshisahar Municipality Ward No 8.

A prisoner serving jail term for four years Subash Ranabhat said, “We’re suffering worst both in the biting cold of December to January and scorching days of June to July. We’re bound to sleep just on a mat which fails to fend off cold from cemented surface.”

He further said the inmates even do not get a place to hold feet to go to toilet during the night. In the morning, they have to wait for hours for their turn to go to toilet.

Similarly, another inmate serving jail term on murder case for seven years, Jivan Adhikari, said, “Everywhere, the surface is damp. Two to four persons get common cold every day. But, no initiative is made to address this squalid situation.”

In this regard, Information Officer at jail Ramesh BK said the jail needs eight ropanies of land for proper management of space as per number of inmates. But it is only in four rapanies of land. The prison was set up in 2028BS.

Although a technical team had determined a new place for a new building of jail, no other progress is made to this regard.

Assistant Chief District Officer Anil Kumar Sahi admitted that the building was very old and other necessary facilities lacked there, resulting into huge suffering to the inmates. He also complained that although the recommendation was made for better management of the jail, no further efforts were made for repair of jail nor any step made for building new infrastructures.

Currently, there are 91 prisoners- 81 male and 11 females. The space in the jail is capable to accommodate only 35 prisoners.