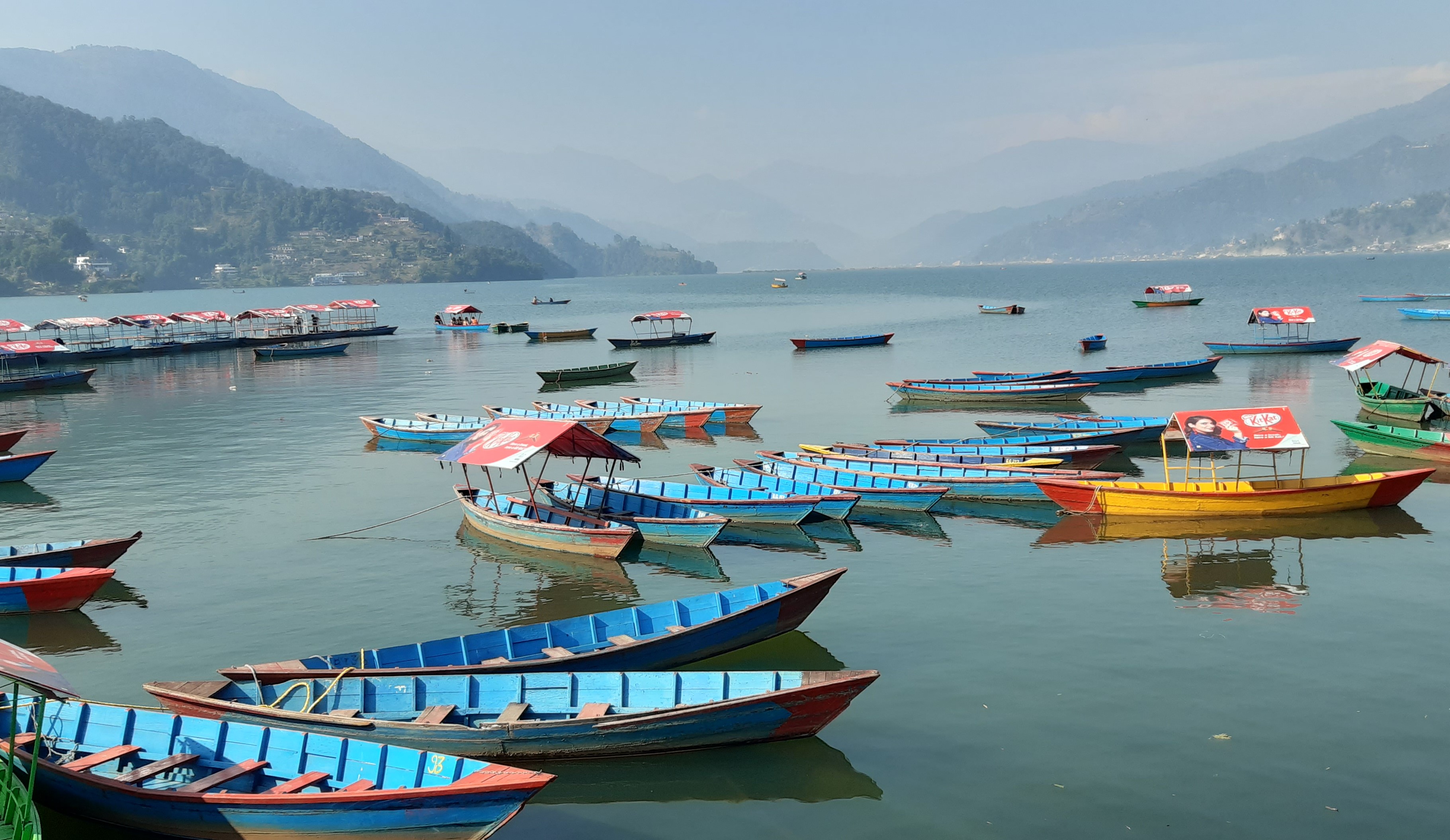 The Gandaki Province government has unveiled the new measurement of the Fewa Lake, according to which, the lake measures 5.726 square kilometres (i.e. 11, 255 ropani 11 aana 1 paisa).

The meeting of federal government’s council of ministers on February 23 this year had endorsed the measurement presented by the Fewa Lake Boundary Demarcation Committee, informed committee coordinator Punya Prasad Poudel.

As per the new demarcation, the periphery of Fewa Lake has been determined 18 kilometres. It sprawls across Damsite in its east, Morebagar in its west, Kharpaudi-Chankhapur in its north and Chisapani Raniban in its south.

On February 14, Gandaki Province Chief Minister Prithvi Subba Gurung had submitted a report to Prime Minister KP Sharma Oli.
Fewa Lake is one among the nine lake clusters in Pokhara that were nominated as the 10th Ramsar site in Nepal in 2016. The lake is the major natural landmark of Pokhara, also known as the ‘Lake City’.

It is said that the lake, once-upon-a-time, was so clean that it used to reflect magnificent image of Mt Machhapuchhare in its pristine water. But, such a majestic lake has been shrinking due to rapid urbanization, unchecked encroachment and erosion among others, causing widespread concerns among the locals and authorities including the Supreme Court.

The highest court in the country had issued order to the government for the conservation of Fewa Lake.