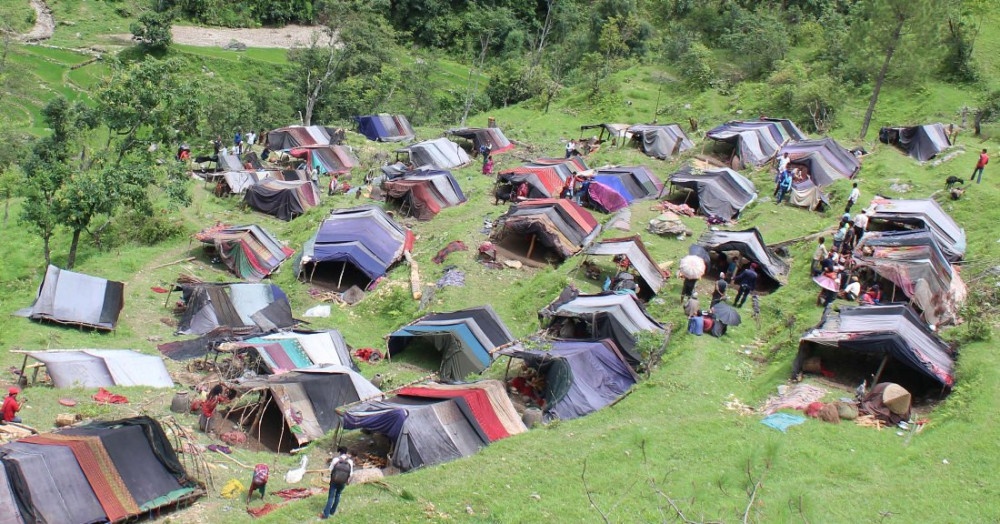 At the meeting held with the chief minister at latter’s residence on Tuesday, Dil Bahadur voiced his complaint that Gurans rural municipality did not grant them the regular allowance they were entitled to get for four consecutive months.

Raute leader Shahi said that he called on the chief minster to lodge a complaint for not getting regular allowance of Rs 3,000 each per month which is the responsibility of the rural municipality. “It was difficult to survive with empty stomach so I came to meet the chief minister to share our grievances”, Dil Bahadur said.

He further noted, “My people are dying with burning appetite. I have also come here with empty stomach. There is nothing big than the abdomen. The government has to regularize the allowance and food stuffs”.

He urged the chief minister to take swift actions to address the issue of livelihood of 46 households of nomadic Raute people.
In response, Chief Minister Shahi pledged to provide the 46 Raute households with food items and tent for temporary shelter.

The federal government has been providing a monthly allowance of Rs 3,000 each while the Karnali province government has added monthly Rs 2,000 to their allowance since the current fiscal year. —