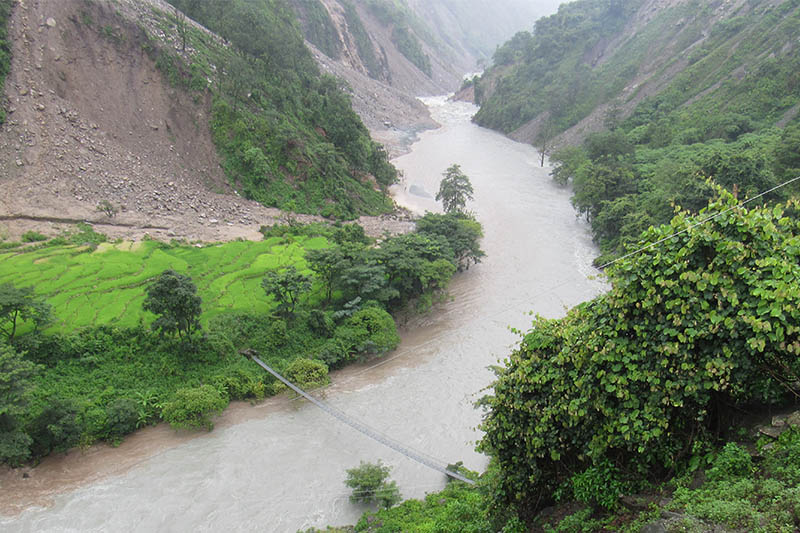 Police officials have suspected that a woman and her four children committed suicide by jumping into the Karnali river.

A woman and her four kids of Aathbis Municipality-3 in Dailekh district could have killed self by jumping into the river, the District Police Office, Dailekh said.

Of the five, the dead bodies of 14-year-old Kalpana Baduwal and 11-year-old Sarita Baduwal were recovered on Monday in the river at Panchadeval Municipality-4 in Achham district, according to Deputy Superintendent of Police (DSP) Anupam Shrestha.

Police said that Suku’s husband Mansingh was held on Monday itself and investigations were initiated from the Rakam-based Area Police Office.

Suku along with her kids had moved to her maternal home on Monday morning. Relatives of the Baduwal family had initiated a search for Suku and her kids after they did not reach to Suku’s maternal home.

However, Deputy Mayor of Aathbis Municipality Dipa Bohora assumed that Suku and her kids jumped into the river by being disappointed from her husband, who used to torture and beat her almost every day after consuming alcohol.