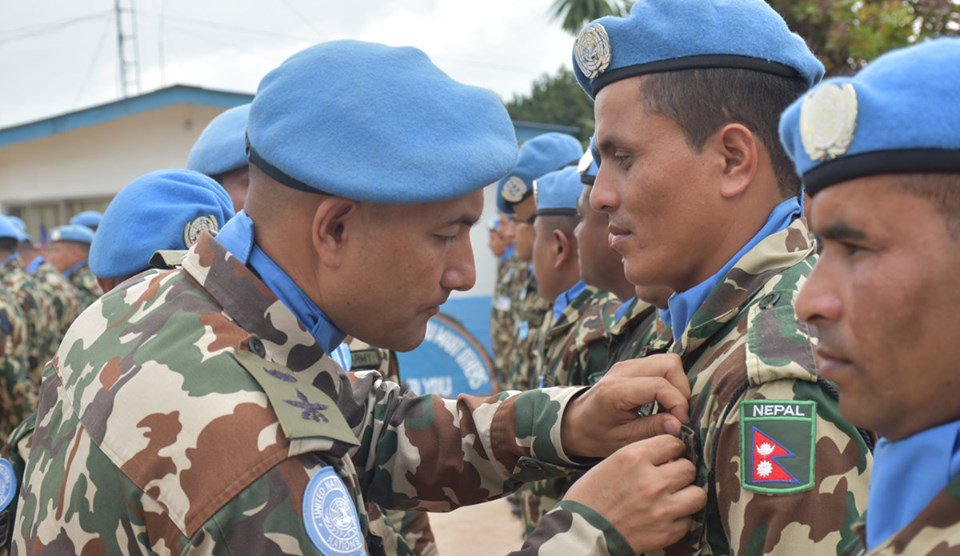 Today is Maha Shivaratri festival, the festival dedicated to Lord Shiva. The Nepali Army has been marking the day as the Army Day. Nepali Army is appreciated for its admirable role in maintaining peace in some of the conflict hotspots of the world. It would be appropriate to highlight the national army’s this aspect on the occasion of the Army Day today.

Despite its formal expression of membership at the UN in 1949, Nepal only got admitted to the world body only on 14 December 1955. In a formal letter dated 22 July 1949, Major General Bijaya Shamsher, the then director-general of foreign affairs, had sent a 27-paged formal letter to the UN Security Council for being UN member. Unfortunately, Soviet Union had barred Nepal on a Security Council meeting by its veto power on 7 September 1949. The New York Times had reported this story.

In a news headline titled ‘Russia’s 31st veto in UN bars Nepal, nine nations in the Security Council Vote for admitting country to membership’, journalist A.M. Rosenthal wrote in his byline published on 8 September 1949, ” The Himalayan Kingdom of Nepal was kept out of the United Nations today by the thirty-first veto registered by the Soviet Union.”
After seven years of application Nepal became UN member. After becoming members, it took three years for Nepal to be a part of UN peacekeeping mission in 1958.

After sixteen years of its first entry as an observer, Nepali Army sent Purano Gorakh Battalion as its troops for UN peacekeeping in Egypt in 1974. It was first Nepali boots on the ground as a part of peacekeeping mission.

According to the official statistics of UN as of 31 December 2020, Nepal Army is the fourth largest troop’s contributor in the UN peacekeeping missions worldwide. Nepal is only behind Bangladesh, Rwanda and Ethiopia in this respect. According to the Nepali Army, as of 29 January 2021, there are 5128 UN peacekeepers from Nepali Army in the dozen peacekeeping missions worldwide. Out of 5128 peacekeepers, 187 are women. The ongoing Nepal Army missions include Yemen, Libya, Iraq, Central African Republic, Syria, Mali, Lebanon, Israel, Western Sahara, South Sudan and Congo. According to Chief of Army Staff (COAS) Purna Chandra Thapa, Nepali Army has the capacity and commitment to provide 10,000 peacekeepers to the UN if the world body asks to do so.