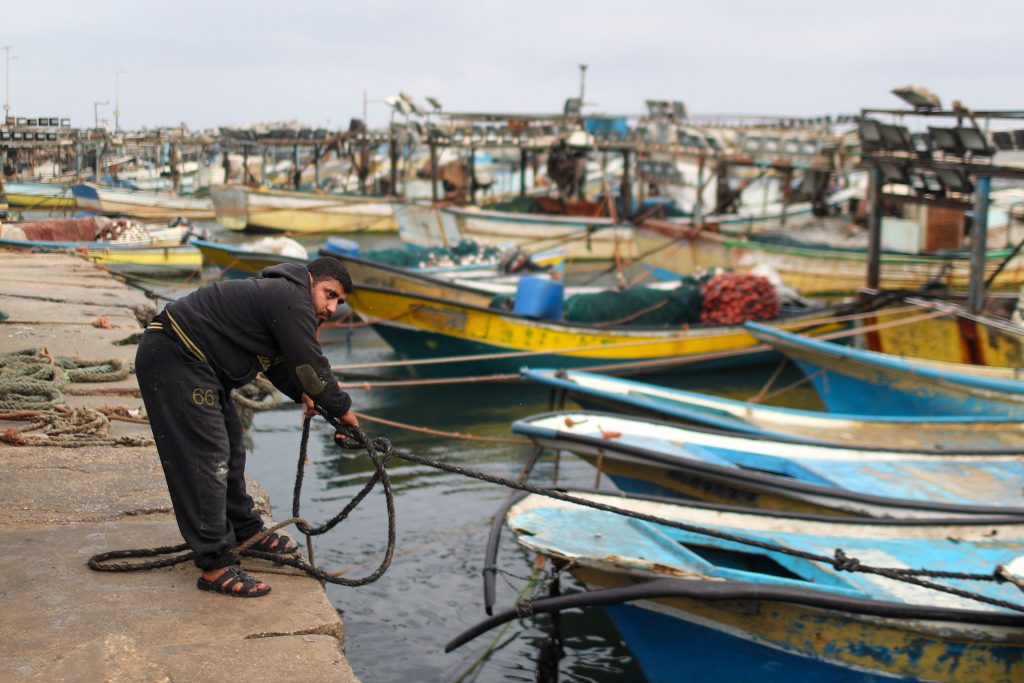 GAZA CITY. Israel said Monday it is closing the fishing zone off the already blockaded Gaza Strip, preventing trawlers from going out to sea, after repeated rocket attacks on the Jewish state.

The move comes after the Israeli army said five rockets were fired from Gaza towards Israel overnight, two of which were intercepted by its air defences.

“The fishing zone in the Gaza Strip would be completely closed until further notice,” said COGAT, the Israeli military body that administers civilian affairs in Palestinian territories including the occupied West Bank.

The measure was “due to the continuation of the rocket fire from the Gaza Strip towards the State of Israel during the night”, it said in a statement.

Israel would hold the Islamist Hamas movement which controls Gaza “accountable for all that is done in and from the Gaza Strip towards Israel”, COGAT said. Hamas “will bear the consequences for the violence committed against the citizens” of Israel, it said.

Salvos of rockets were also fired at Israel from Gaza overnight Friday and again overnight Saturday, prompting Israel to carry out retaliatory air strikes on the coastal enclave.

Israel, which has imposed a blockade on Gaza for more than a decade, had set the fishing zone for the coastal enclave at 20 nautical miles following the Oslo peace accords in the 1990s.

But over the years Israel has reduced the size depending on tensions with Hamas. In September the fishing zone was set at 15 nautical miles after an agreement between Israel and Gaza’s rulers.
—