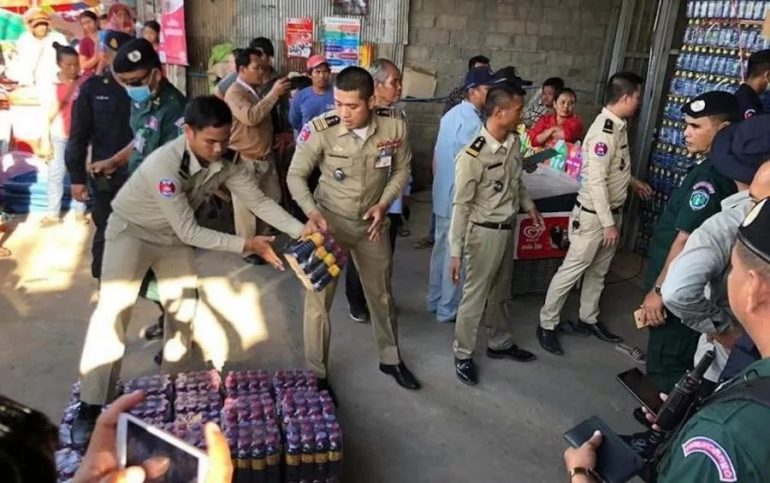 PHNOM PENH. Eleven villagers have died in southern Cambodia’s Kandal province after consuming locally-made rice wine that was found to have contained a high level of methanol, officials said Wednesday.

“They had died subsequently after consuming the wine,” he told Xinhua over telephone. “The adulterated wine’s samples had been taken for lab testing at the National Institute of Public Health in Phnom Penh and the results showed Monday that the wine contained high levels of methanol.”

The wine was found to contain a high concentration of methanol, which was far in excess of the legal limit of 0.15 percent, he said, adding that the department has sought cooperation from local authorities to close all rice wine distilleries and stalls in the district to prevent more deaths.

The authorities have already seized the rice wine from some 20 stalls in the district and advised all vendors to stop selling it temporarily, Lvea Em district chief Kan Sokkay said, adding that all rice wine distilleries have also been temporarily shut down.
Rice wine is popular in Cambodia’s rural areas due to its cheap