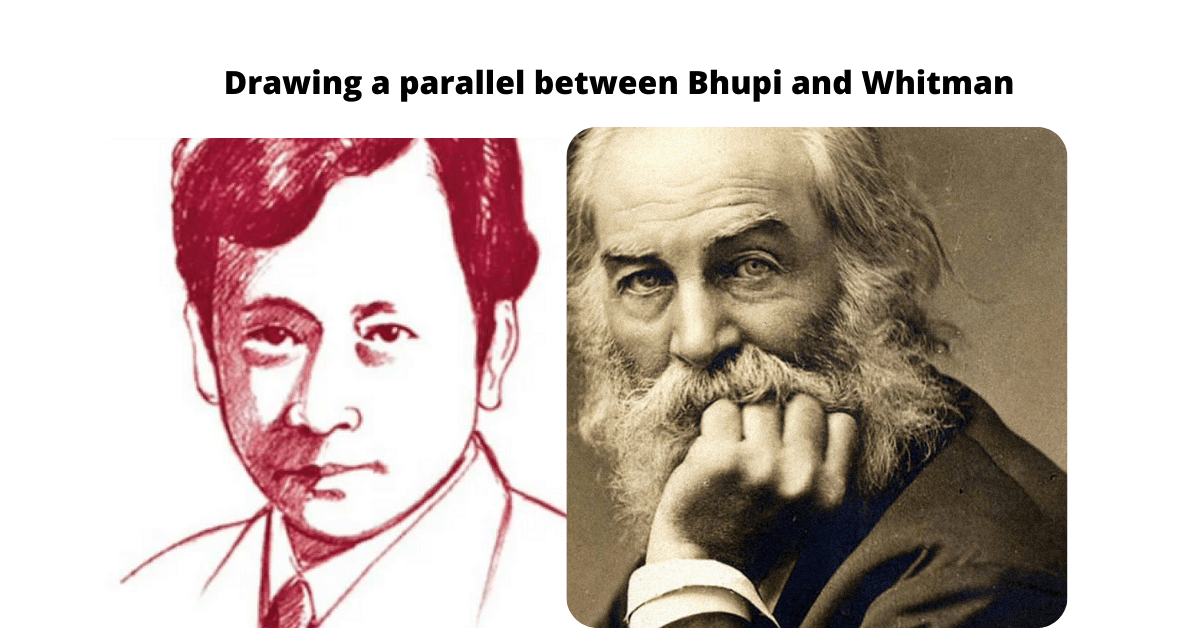 Hundain bihan mirmire tara jharer nagaye, bandaina muluk dui chara saput marer nagaye (Morning will never come if at dawn a few stars don’t fall down, a nation will not progress if a few of its sons don’t sacrifice their lives.)

This line is Nepali poet Bhupi Serchan’s dedication to nation and nationality like the 19th century American poet Walt Whitman celebrating individualism and democratic idealism in his ballads:

I celebrate myself, and sing myself, And what I assume you shall assume, For every atom belonging to me as good belongs to you.

The ego “I” is substituted for collective feelings. The poem comprises the self and society, people and landscape. That is what we see in Bhupi Sechan’s patriotic poems too.

Tara you desh timro jatikai mero pani desh ho (Just as his country is yours, so is it mine).

Both poets share their common theme: both expound on the theme of humanity and democracy. They believe that humanity never dies. It is reincarnated in different forms as Bhupi Sherchan says:

And Whitman finds humanity reflected in the leaves of grass:

Or I guess the grass is itself a child, the produced babe of the vegetation.

Or I guess it is a uniform hieroglyphic,

And it means, Sprouting alike in broad zones and narrow zones,

Growing among black folks as among white…

Both feel it is easier to die than to live. Sherchan writes:

Bhupi Sherchan’s ‘Main battiko Shikha” (The light of a candle), “Gumne Mech maathi andho manche” (A blind man in a swirling chair) and Walk Whitman’s “Leaves of Grass” are creations that show a certain path for the future of nation and nationality. Although Bhupi Sherchan is a 20th century poet, his ideas on nation and nationality are parallel to those that Whitman held. Sherchan’s identification of trinity in one maps the cyclical process of life—ma ek putra, ek pati ra ek pita hun (I am a son, a husband, and a father).

Whitman talks of similar things in a different way. Their poems are the aware of the social political situation. They express agony, anguish, and the irony remains as fresh as ever with concrete visual symbols that narrate their own experiences of life. They said that good and evil are the inherent parts of human life. Wisdom does not lie in rejection of veil, but in acceptance of both.

Although, as poets, they have much in common, in the end, two individuals remain separate. Whitman transcendence the individual through knowledge of integration, wholeness, and continuity of life, death and beauty of the living world. His poems end optimistically.

I stop somewhere waiting for you (From “Songs of Myself”). Sherchan doesn’t see the integration of life and ends at pessimistic tone.

Aatmahatya garna baadhya hunechhu (It will be necessary for me to take my own life, from “Letter to Ho Chi Minh).