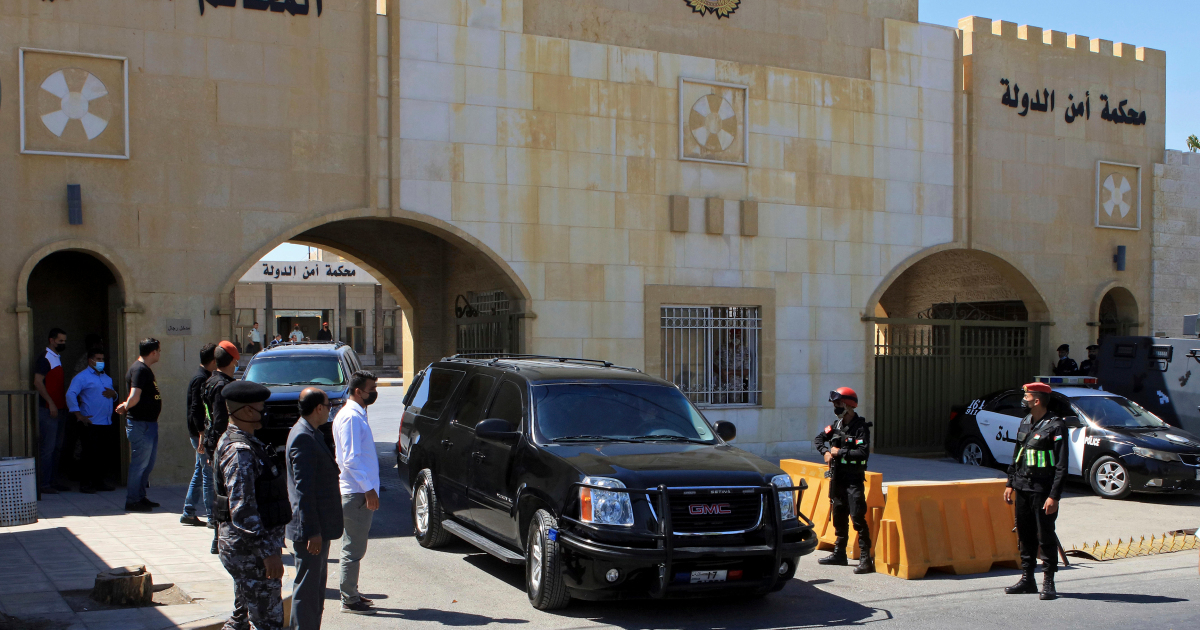 Bassem Awadallah, a former royal adviser, leaves a state security court in a vehicle after the first session of his trial, in Amman, Jordan, Monday, June. 21, 2021. Awadallah, who has Jordanian, U.S. and Saudi citizenship, and Sharif Hassan bin Zaid, a distant cousin of the king, pleaded not guilty Monday to sedition and incitement charges, a defense lawyer said. (AP Photo/Raad Adayleh)

This first session of their trial was held on Monday under heavy security and closed to media. The second session will be held on Tuesday.

Last week, the State Security Court announced prosecution against Awadallah and Zeid, meaning they are charged with harming the safety and security of Jordan and destabilizing the country, state-run Petra news agency reported.
Zeid was also charged with possession of narcotics, Petra said.

In early April, Jordanian Deputy Prime Minister Ayman Safadi announced that Prince Hamza, Awadallah, and Zeid had contacts with external powers in an attempt to act against the country.