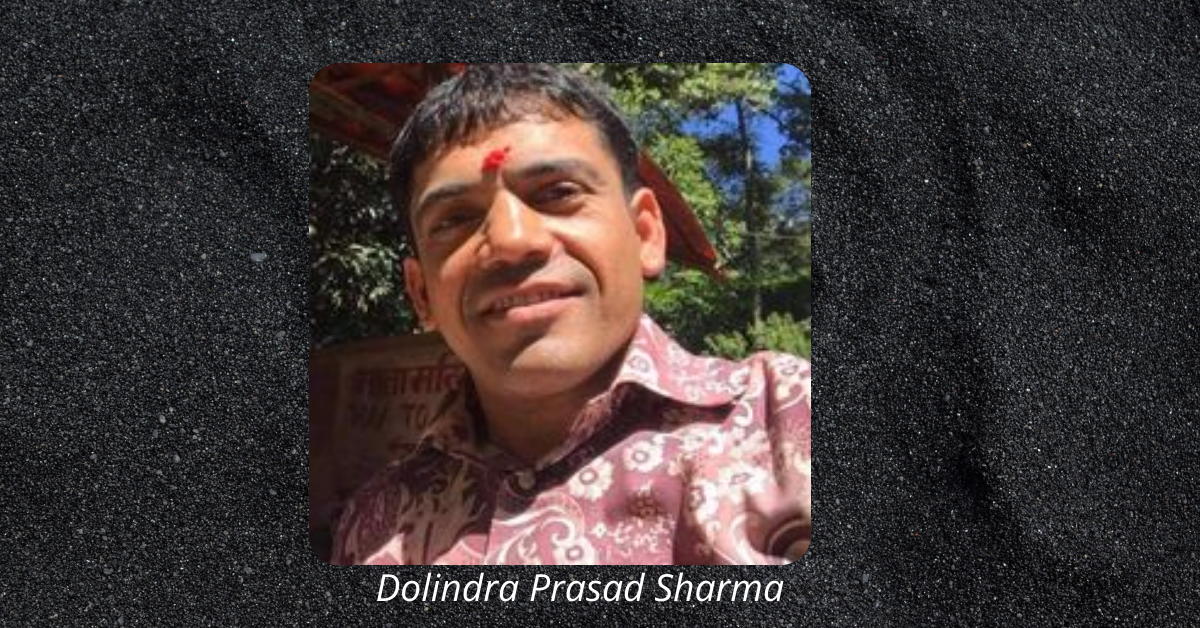 With a wake of dawn, as I begin my day meandering, dews on the plants glitter like beads of pearl. I look to the north. It seems as if the fire, to keep its potent nature, is emitting its smoke over the snow-capped mountains and the high hills nearby. The cool breeze caressing me on the way becomes inexplicable. A man or two appear on the scene. Vehicles spread the road’s dust mixed with their fumes across and into the eyes of the pedestrians. A question arises— where are the broomers the Kathmandu metropolis spent millions of rupees on to purchase?

As I come back home as usual after some exercises, I catch a sight of a national daily newspaper. An article “Bibek Birodhi Pathashala” (A School against Conscience) by Yadab Devkota grabs my attention. No sooner do I complete reading it than no enthusiasm remains for a cup of tea and eatables:

The act of weakening the nation— by selling its rivers and rivulets, by acting as subservient to the foreigners to enjoy the power and authority of the state, by importing the goods from other countries while belittling potentiality of production— all these activities are not made in a hut of hinterland, but from the Singhadurbar itself. Those who reign in Singhadurbar are messing it up. The act of giving the foreigners access to sensitive information of the nation and nurturing vested interests has been intensified. Why not only the rulers, but also those entitled as administrators change themselves as they take charge of Singhadurbar? What is in the school of Singhadurbar that spoils its own disciples?”

My eyes circle around the monument of Prithvi Narayan Shah. The monument that was defamed by the dangling garlands of shoes and was spat by some revolutionaries after the dawn of republic, has now become an abode of learning for all Nepalese.

The song, penned by Bishwonath Prem, in the sonorous voice of Shishir Yogi makes me thoughtful. I blame myself. My heartbeat pauses for a second when I reach out to the West Entrance from the East via the South Entrance of Singhadurbar. My eyes circle around the monument of Prithvi Narayan Shah. The monument that was defamed by the dangling garlands of shoes and was spat by some revolutionaries after the dawn of republic, has now become an abode of learning for all Nepalese. As my eyes peep through the main entrance of Singhadarbar, the scene appears to be so intolerable that I end up slapping myself. I had read on the pages of history about the systems prevalent before I was born. As I see the building built during the Rana regime, also known as the time of nightmarish, I curse bringing those to my mind. They keep sending youths to Muglan and become self-satisfied after signing Labour Agreement with Malaysia and Japan to make the assured future of the nation while venting venom against the Ranas and the Panchas (Kings men). What an irony!

I begin to speak to myself about the hopes, possibilities, and dissolution and pessimisms of the country.

I remain nonchalant. My lips are zipped up seeing the perversion practiced here. All the realities of mine are transformed into distant dreams. I am entangled into a string at the confluence of dreams and reality. Problems are here and there; the piles of problems after problems are everywhere. I have been looking for a daring Nepali who can resolve these problems, be honest, can dispose the dirt and dust of perversion.

I remember a melodious song of Narayan Gopal

“Yo Mutulai Kasari Samjhai Bujhau
Pir Yo Jindaganiko Sahara Eutai Vayo
Dui Muthi Yo Sas Kahile Chhodi Jane Ho
(How should I convince this heart
Only Pang became the companion of this life
When will I stop breathing? )

Balanced development of literature, art, culture of all communities: PM…

D. R.’s novel “Sprouts on the Rock,” an interesting read

BOOK REVIEW: Urgency to deconstruct thoughts on women with disabilities

The evergreen memento of our love

‘The Struggle of Ganeshman Singh’ unveiled