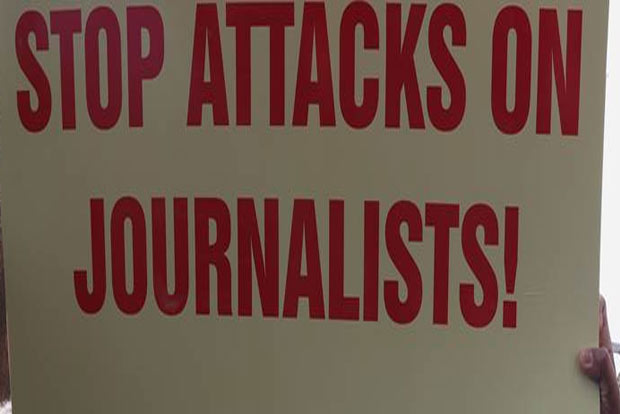 The Federation of Nepali Journalists (FNJ) has condemned the acts of misbehaviour carried out against working journalists.

Issuing a press statement today, the FNJ has criticised attack on journalists of Avenues Television and Prime Television and vandalism of the media kits from the management of Paragon Public School in Kathmandu.
The journalists were reporting the news of parents’ protests against the school’s arbitrary decision to collect fees from the students even in the time of the prohibitory order.

Journalists Saroj Poudel, Suresh Rajak, Shital Rijal, Dipak Aryal and Sundar Gurung were misbehaved and attacked by Sahir Udin on Monday morning while TV journalists’ cameras and other media kits were broken.
“The FNJ concludes that attack on journalists and the media kits’ vandalism was interference on constitutional rights and freedom given to the press. The FNJ deplores the acts of pressing the constitutional rights of journalists,” read the statement.