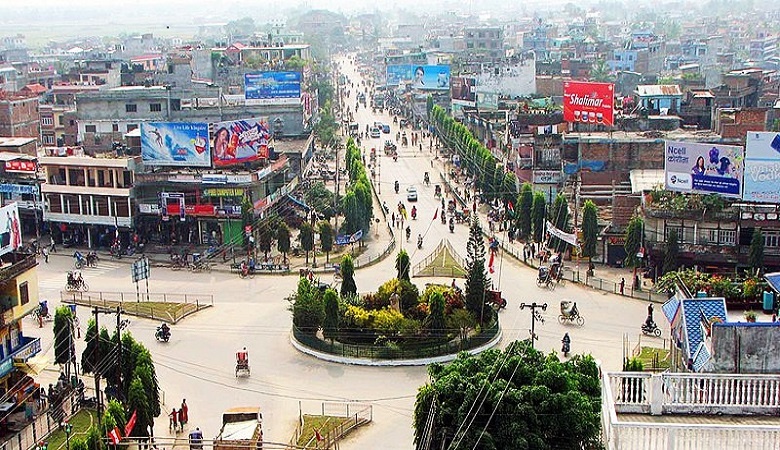 An extensive volume on the history of Itahari has been unveiled.

The 336-page research book was collectively unveiled on Tuesday by three firsts of Itahari- first minister from Itahari Ramkumar Subba, first mayor and provincial assembly member from Itahari Sarbadhwoj Sanba, first School-operator Debit Subba as well as incumbent mayor Dwariklal Chaudhary and the land donor to the municipality and also the filmmaker Hemnarayan Chaudhary at Durga Party Palace of Itahari.

The book was produced by Neplee Media Private Limited with financial support of Itahari Sub-Metropolitan City as well as some local advertisers. Himal Dahal, the compiler and the editor of the book titled ‘Itihashmaa Itahari’ (loosely translated as Itahari in the History), said the book details about art, music, literature, trade, education, health, sports and other various historical events, incidents and individuals of Itahari.

”This is the first book on the history of Itahari”, said Dahal, ”This can be a good reference as it accommodates more than 525 pictures, maps, sketches and documents and Itahari experiences by more than 125 individuals.”

Former federal minister Ram Kumar Subba said the book ushers in a new responsibility for the future of Itahari. Subba urged for updated and upgraded publications of the book even in the years ahead.

Itahari’s first mayor Sarbadhoj Sanba said the book has included various aspects of Itahari. ”If anything left untouched on the historic parts of Itahari, this needs to be updated in the upcoming editions,” suggested Sanba.

Incumbent mayor of Itahari, Dwariklal Chaudhary thanked the publication team and termed this work as a historic deed.

Himal Dahal, the compiler and the editor of the book, said his team worked for five years to come up with this volume.
”I want to thank everybody associated with this work,” said Dahal, ”Visible errors and mistakes, if found, would be corrected in the future editions. This is not one-off work. This will be a continuous process.”

Itahari is the 25-year-old young city of Province 1. It was declared municipality upgrading from its Village Development Committee (VDC) status on 6 March 1997, only after five years of the restoration of democracy. It was graduated to Sub-Metropolitan City accommodating four VDCs namely Khanar, Pakali, Ekamba and Hansposa on 2 December 2014.