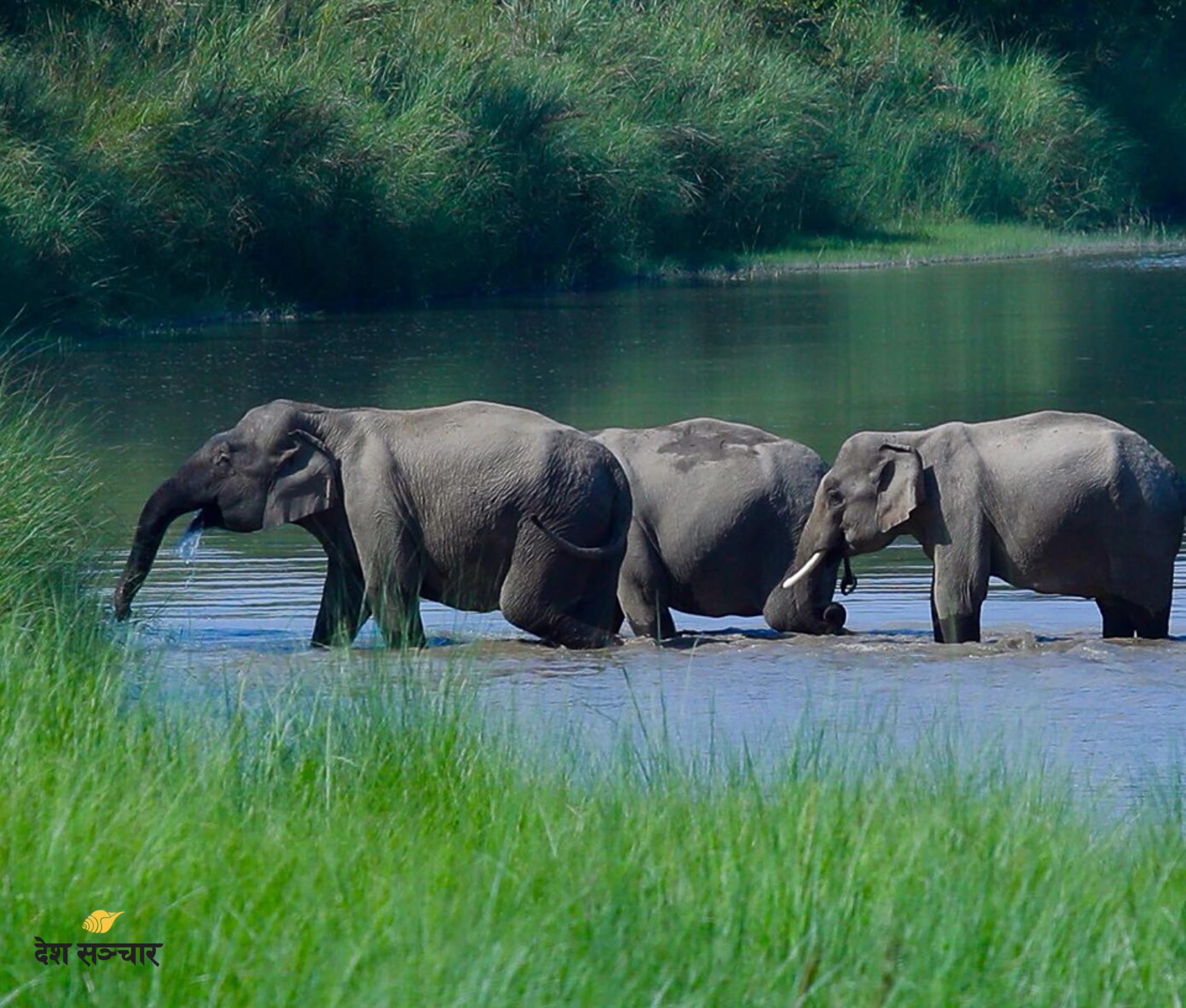 Locals of Buddashanti rural municipality in Jhapa have demanded with the local administration for their positive intervention towards protecting them and their properties from the wild elephants menace.

A group of locals submitted a memo to the District Administration Office and Division Forest Office in Jhapa demanding a sustainable solution to their perpetual problem.

An elderly at Mechinagar-13 in the district succumbed to wild elephant attack today. Two people recently lost their lives to attack of wild mammoth while two others were injured, said Sitaram Bastola, secretary of the Committee formed by the affected locals.

According to the memo, the wild elephants often have been entering human settlements at night and stoking fear among the locals. The wild beasts destroyed 250 houses at ward no 1, 2 and 3 in the rural municipality and gobbled up crops worth over Rs 1.2 million, the memo stated.

The terror of wild elephants has also begun taking psychological toll on the women and children, mentioned the memo, adding that the locals often spend sleepless night in fear of the potential attack from the wild elephants.
Affected locals have demanded patrolling at night in the affected areas, installing solar fencing around forest areas and adopting and executing ways and means to chase away the elephants.

Tedious process to get compensation to the victims of wild elephant attacks and lesser relief package than the evaluation have also added to the woes of the affected ones.

The Committee warned of phase-wise protests if their genuine demands were not addressed. The locals have also submitted the memo to government security bodies in the locality.