Local-level election should be held within May 18: Chair Oli 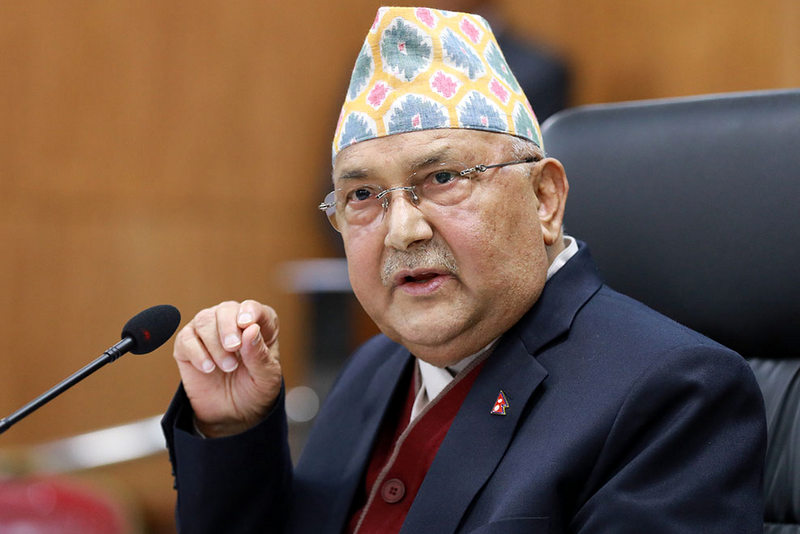 Chairperson of the CPN (UML), KP Sharma Oli, has said that the local-level election should be held within May 18.

During a meeting of the CPN (UML) Central Secretariat at Gatthaghar on Wednesday, the UML Chair said that the local-level election should be held on the date recommended by the Election Commission.

Accusing the government of focusing its attention in power grabbing than implementing the constitution and federalism as well as practicing democracy, he said that although the CPN (UML) has drew attention of the government time and again to hold election within mid-March as per the law and constitution, but turned its deaf ear toward it.

Chair Oli further said that it was serious negligence of the government to lose 2.4 million vaccines against coronavirus, arguing that it was unfortunate not to carry out investigation into the case.

The CPN (UML) would take action against those involved in betrayal in the National Assembly member election. The meeting directed the provinces to recommend action after carrying out investigation into the case of betrayal and violation of discipline in NA election in Province 1 and Sudurpaschim Province.

The meeting als0 gave responsibility to the Central Organization Department to resolve dispute seen in Rautahat and Parsa districts during general convention.

Similarly, the party decided to launch orientation in the centre this week, to run programme in provinces and to move ahead with a strategy of winning the local-level election by making publicity of its good works, shared Gurung.

The meeting also took the decision to add members at Department of Cooperatives and Local Bodies. Deciding to distribute party membership and its renew within mid-April, the meeting decided to appoint IT expert in all districts in order to keep the record of membership.