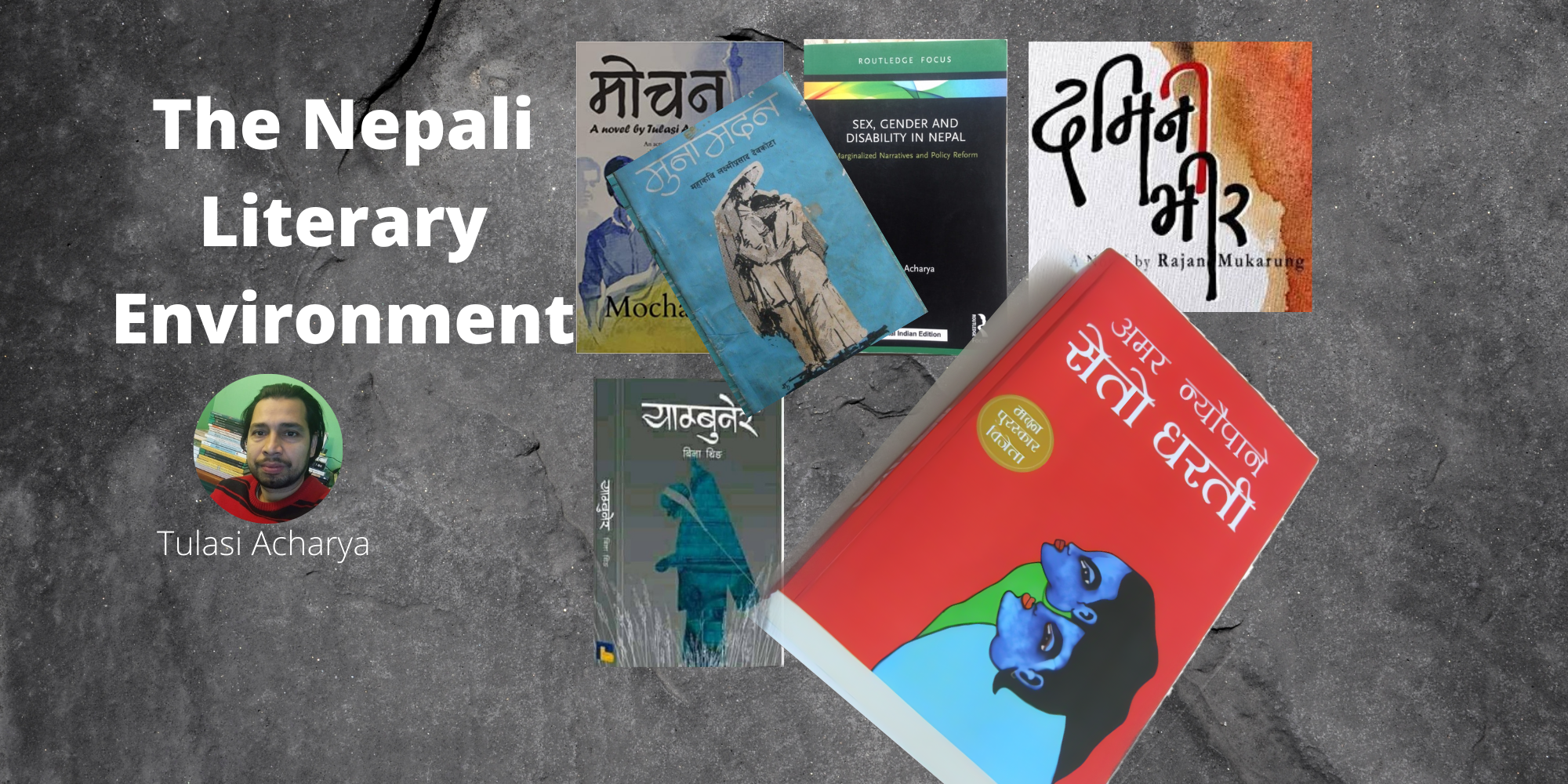 Nepali literature has recently progressed by leaps and bounds compared to the time of the Rana regime, especially when it comes to writing different genres, translating them, and reflecting on the voices of the marginalised in the works of literature. In this article, I have given the Keatsian term “unheard melodies” to the voices of the marginalised. Here, the marginalised means subalterns, such as women, Dalit, people with disability, the poor, the illiterate, and people from different ethnic and cultural backgrounds who have never been heard, and the like. Nepali literature has yet to reach its height in terms of its efficacy to bring the “unheard melodies” of the marginalised who have unique socio-cultural and ethnic and religious and geographical experiences that the audiences in the global world are looking forward to reading and researching.

The 104-year-long Rana regime (1846-1951) prevented writers from writing for the laypeople, let alone the voices of the marginalised. Writing remained in praise of the Rana regime or the people in power. Literature became the genre belonging to the societal elite. Social change through writing was a far cry. Krishna Lal Subba was imprisoned for nine years for writing a book entitled Makaiko Kheti (1920), meaning “the cultivation of maize”. According to Devendra Pandey, Subba was “deemed to be trying to influence collective thinking of the Nepali people on the possibilities of social change that the then regime would not allow”.

The Gorkha Language Publication Committee was established in 1913 to control and censor publications. If anyone wishes to publish a book on any topic, he must first bring it to the Gorkha Language Publication Committee for inspection. If a book is published without the committee’s approval, the publisher will be fined fifty rupees. If the content of the book is improper, the book will be seized, and punishment will be meted out according to the committee’s decision.

However, towards the end of the Rana regime, Michael Hutt writes, “Some writers had started rejecting the classical conventions of the older tradition, others adapted traditional genres and styles to express new concerns.”

In this run, Laxmi Prasad Devkota’s Muna Madan (1936) became (and is still now) the most popular book, a literary genre, a genre of the marginalised that depicted the society of that time and the lives of the commoners, their daily chores, and love and humanity.

Despite some other genres, such as dramas by Bal Krishna Sama and others, the most flourishing genre then was poetry. The poets then were very active, conscious and revolutionary, such as Dharanidhar Sharma, Mahananda Sapkota, Surya Bikram Gyawali, Siddhicharan Shrestha, Laxmi Prasad Devkota and many others. Poetry became the medium of expression, as we see in the poetry of Bijaya Malla, Mohan Koirala, Ramesh Bikal and Bhupi Serchan during the 1960s and 1970s. However, the poetry genre alone couldn’t address the conditions of the marginalised.

The Nepal Academy was established in 1957 to develop and promote Nepali literature. However, the establishment of the Panchayat system and its one-language policy deterred the development of literature in many languages that lasted from 1960 to 1990, which means the opportunity to bring in the voices of the marginalised from different ethnic, linguistic and cultural backgrounds remained a distant shore.

Sajha Prakashan, a government-owned publishing house, began operations in 1964. Some works of fiction and non-fiction in the Nepali language were published. During the 1960s, younger writers were influenced by existentialism, Marxism, and Freud, but their prevailing tone was social and cultural alienation rather than political rebelliousness. One can see the reflections of the influence in the writings of BP Koirala or Parijat, whose poems and novels reflect existentialism and Marxism. Works of translation were very rare. Although the literary environment during those times was hopeful, the writings hardly reflected the voices of the marginalised.

As publishers and newspapers proliferated and the constitution guaranteed press freedom, writings and translations reached a new height. Singh (2014) writes, “Bookshops like Mandala Book Point and Educational Book House ventured into publishing. Suvani Singh writes, “Nepa-laya conceptualised a revival of the Nepali language publishing industry, in every sense. They wanted not just a new look but also a new style of writing and a marketing strategy, unlike any other for a book.” For example, Palpasa Café by Narayan Wagle broke records and set new trends.

We now have many publications focusing on different genres and missions. For example, Akshar Creations focuses on women’s writings. Now one sees many publishing houses being established to publish books of literary genres, such as Fine Print, Phoenix Books, Shikha Publication, Book Hill and many others. Compared to the past, editorial processes and marketing strategies are gradually developing. Manuscripts are being reviewed and edited, the production values of books are of good quality, and promotional campaigns often accompany the launch of a book.

Compared to the past, the current literary writing is more open, decentralised and multivocal. For example, Rajan Mukaraung’s Madan Prize winner Daminivir is what we might call in Mikhail Bakhtin’s word “polyphonous”, meaning the novel houses voices of the marginalised. The novel decentres the centre and the traditional form of writing fiction by introducing a movement called “srijansil arajakta”, meaning “creative anarchy”. Similarly, Bina Thing Tamang’s collection of stories Yambuner, meaning “near Kathmandu”, highlights the voices and lived experiences of the marginalised. Also, Amar Neupane’s Seto Dharti, meaning “white earth”, can be an epitome to reflect on the lived experiences of marginalised women that the younger generation of today needs to know. One can take many other works of fiction that speak the voices of the marginalised, such as Shyam Saha’s Pather or Nayan Raj Pandey’s Ular, or Krishna Abiral’s Kariya or Saraswati Pratixya’s Nathiya or Nilam Karki Niharika’s Yogmaya.

Abhi Subedi writes, “Literature in Nepali in recent times is producing works that are written about the subaltern people and the ethnic power of aesthetics. This is a new development and is sure to bring new energy in Nepali literary writing. The total experience of writing in Nepal is related to this tremendous resurgence of voices and aesthetic perceptions and experimentations.”

For the effectiveness of writing any genre, one can introduce unique techniques and tools, language and diction, and presentation and structure, rather than just experimentation for writing per se. And, yes, an audience should be in mind. For a wider readership of Nepali literature, writing in English about the marginalised and doing the best translations of the best Nepali writing about them is a must. Moreover, for Nepali literature to flourish, a healthy tripartite relationship of publishers, writers and critics seems significant.

D. R.’s novel “Sprouts on the Rock,” an interesting read

BOOK REVIEW: Urgency to deconstruct thoughts on women with disabilities

The evergreen memento of our love

‘The Struggle of Ganeshman Singh’ unveiled