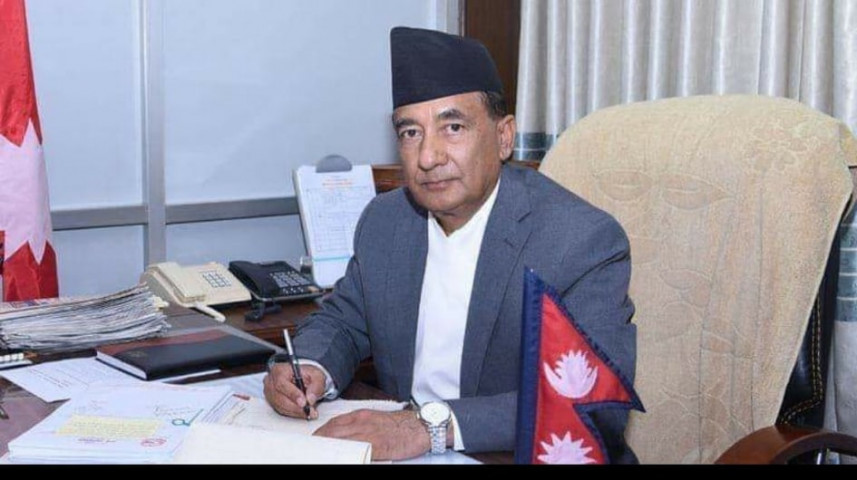 “I want to make clear that the news reported by some media about the mobilisation of spies by the incumbent government to spy on former PM KP Sharma Oli, and about the government interference with right to privacy by tapping phone calls of citizens is baseless,” he said at a press conference organised here on Friday to make public the decisions taken by the Cabinet meeting on August 4.

He also appealed to people not to be in confusion about the matter as ‘the government is aware about rights to freedom and privacy and is committed to them. The government has decided to form a talk team to receive concessional loan worth over 15.9 billion Japanese Yen (Approximately Rs 14.6 million) from the Government of Japan to implement the power transmission and distribution system strengthening project, he informed.

Likewise, ceiling for security deposit will be increased to Rs 500,000 from existing Rs 300,000 that came into effect from July 17. A committee will be formed to determine compensation amounts to the local people affected by the Madhya Bhotekoshi transmission line project and a member to the Nepal Agricultural Research Council nominated. It was also decided to allow Lumbini Sanskritik Municipality to get lands on lease for the establishment of a hospital and for the construction of a Lumbini Sanskritik building.

The meeting also approved the participation of Minister for Forest and Environment Pradip Yadav and Secretary Dr Pem Narayan Kandel in the Steering Committee Meeting of the Global Snow Leopard and Ecosystem Protection Programme scheduled for coming October 20 to 21. Similarly, the meeting announced to organise the parliamentary and provincial elections on coming November 20, said Minister Karki, also the government’s spokesperson.